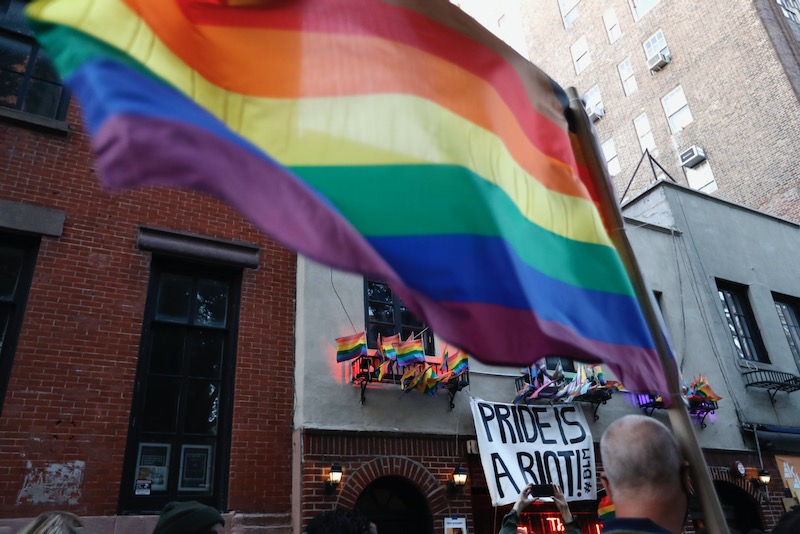 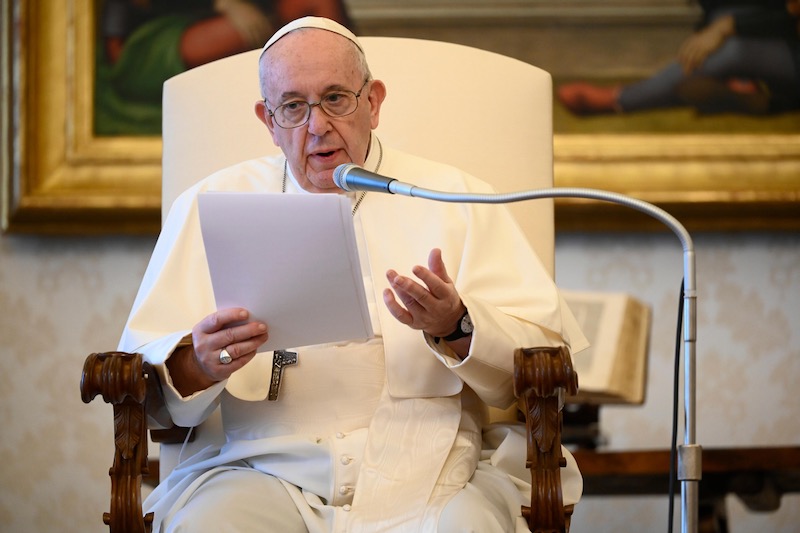 Pope Francis speaks during his weekly general audience in the library of the Apostolic Palace at the Vatican June 24, 2020.
CNS photo/Vatican Media

Everyone lives a life that is often inconsistent or a “contradiction” because a person can be both a sinner and a saint, a victim and a tormentor, Pope Francis said.

No matter what one's situation is, people can put themselves back in God's hands through prayer, he said during his weekly general audience.

“Prayer gives us nobility; it is able to protect one's relationship with God, who is the true companion along humanity's journey, amid thousands of hardships in life, good or bad, but always with prayer,” he said.

The audience, livestreamed from the library of the Apostolic Palace, was the pope's last general audience talk until Aug 5. His Sunday Angelus address will continue throughout July, however.

With the start of summer vacation for many, the pope said he hoped people could have a peaceful moment of rest despite the ongoing restrictions “connected to the threat of infection from the coronavirus”.

May it be a time of “enjoyment of the beauty of creation and a strengthening of ties with mankind and with God”, he said in greetings to Polish-speaking viewers and listeners.

In his main talk, the pope continued his series on prayer and reflected on the role prayer played in the life of David – a young shepherd whom God called to become king of Israel.

David learned early in life that a shepherd takes care of his flock, protects them from danger and provides for them, the pope said.

Jesus, too, is called “the good shepherd” because he offers his life for his flock, guiding them, knowing each one by name, he said.

When David was later confronted for his terrible sins, he realised he had become a “bad shepherd”, someone who was “sick with power, a poacher who kills and loots”, the pope said.

He no longer acted like a humble servant but had robbed another man of the only thing he loved when he took the man's wife as his own.

“Saint and sinner, persecuted and persecutor, victim and even executioner,” David was full of contradictions – being all of these things in his life, he said.

But the one thing that stayed constant was his prayerful dialogue with God. “David the saint, prays, David the sinner, prays,” always lifting his voice to God either in joy or deep despair, the pope said.

This is what David can teach the faithful today, he said: to always speak with God, no matter the circumstances or one's state of being, because everyone's life is often marked by contradiction and inconsistencies.

People should tell God about their joy, sins, sorrows and love – everything, the pope said, because God is always there, and he listens.

Prayer returns people to God “because the nobility of prayer leaves us in God's hands”, he said.

The pope also noted the day's feast of the birth of St John the Baptist.

He asked that people learn from this saint, how to be courageous witnesses of the Gospel, above and beyond any individual differences, “preserving harmony and friendship that are the basis for the credibility of any proclamation of faith”.