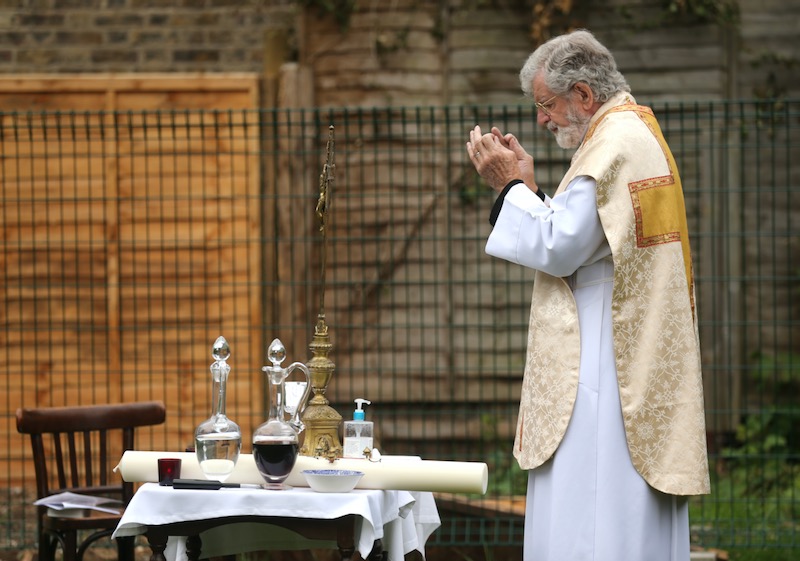 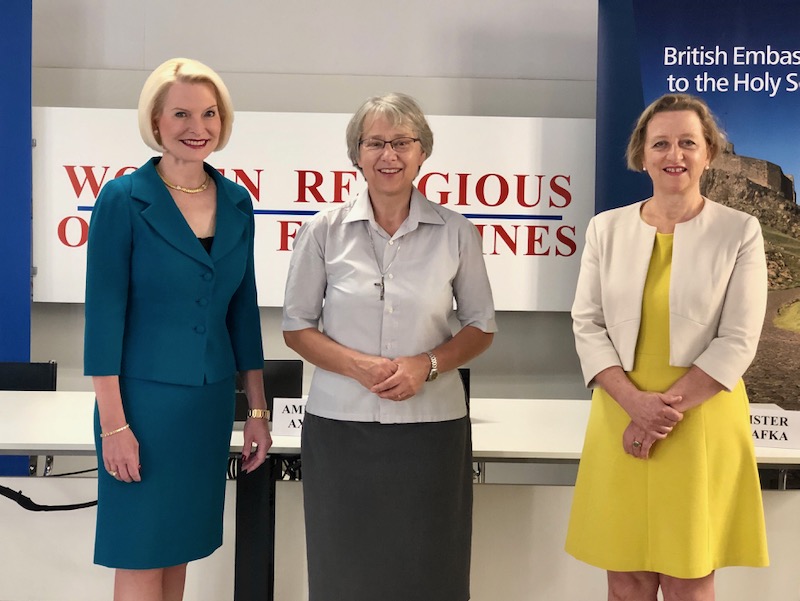 Exposed to the coronavirus, they continue to care for abandoned children, work to alleviate poverty, provide health care and help victims of human trafficking.

But they are not “super women”.  Instead, he said, they are “very vulnerable women, sometimes exhausted, most of the time powerless because they are burdened with the brokenness of their people.”

Sister Vacas told an online symposium: “What I love most about them is that they are resilient mothers; they really believe that life is stronger than death.”

The symposium, “Women Religious on the Frontlines,” was sponsored by the US and British embassies to the Holy See and focused on how the Covid-19 pandemic was impacting the sisters and the communities where they minister.

Sister Vacas, a nurse and the Jerusalem-based Middle East provincial superior of the Comboni Sisters, volunteered with other sisters to go to Bergamo, Italy, in early March to care for the mostly elderly sisters living in the order's convent there.

Forty-five of the convent's 60 residents tested positive for the coronavirus and eventually 10 died. Most of the staff were infected as well, Sister Vacas said, so the house was in “chaos” without anyone to nurse the sick, cook, clean or do laundry.

And because the convent was not officially a nursing home, she said, when she arrived, they had no personal protective equipment. But other communities of sisters, from different orders and from as far away as Hong Kong, sent masks and gowns and gloves, “making this a wonderful experience of sharing.”

Spending Lent and Holy Week literally in the midst of the pandemic – “this process of real cross, passion and resurrection” – was an experience of faith, she said. “I think that being part from the inside of this tragedy that humanity is facing right now is a gift from God.”

While the situation in Italy has improved, sisters in the Middle East and Africa who run hospitals and clinics are still in danger; they accept patients who may have the virus, but many times they have no protective equipment, no tests and few lay doctors and nurses because of the lockdown orders.

The works of the sisters “are endlessly agile”, said Sally Axworthy, British ambassador to the Holy See. The sisters see and need and respond; “they are resilient, staying in conflict zones for example, even when that is at risk for themselves. We welcome their leadership. We recognise that they are uniquely well placed to build relationships of trust with those who have been exploited or abused.”

Sister Stan Therese Mumuni, founder and superior of the Marian Sisters for Eucharistic Love in Ghana, began her order to rescue and care for unwanted children, many of whom could have been killed because of local beliefs that physical and mental disabilities and sometimes even twin births are a bad omen or bring bad luck to the village.

When the lockdown began, she said, the special schools where the blind or hearing-impaired children were boarding called and told her she had to pick them up. Suddenly, she had many more mouths to feed and prices at the market “shot up”.

The lockdown also means more children are in danger of being trafficked for cheap labor because their families cannot afford to feed them, she said.

The “massive explosion of poverty” because of the pandemic places thousands of young people, particularly young women, at risk of being trafficked, she said, “because these are the people, the vulnerable, that the traffickers go after.”

And, she said, while moving the work of Renate online during the pandemic has made it possible for the sisters to continue counselling people rescued from traffickers and to expand their advocacy and education programs, she also warned that with children spending more time online, they are “incredibly more vulnerable to sexual exploitation online”.