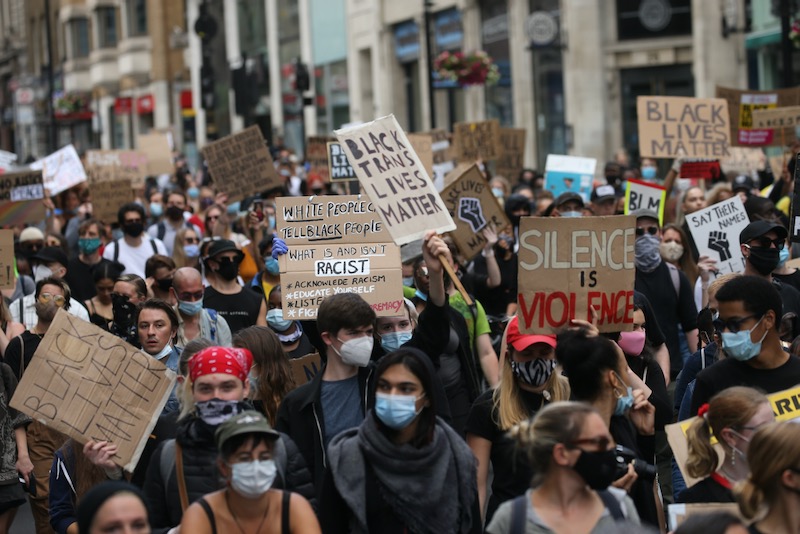 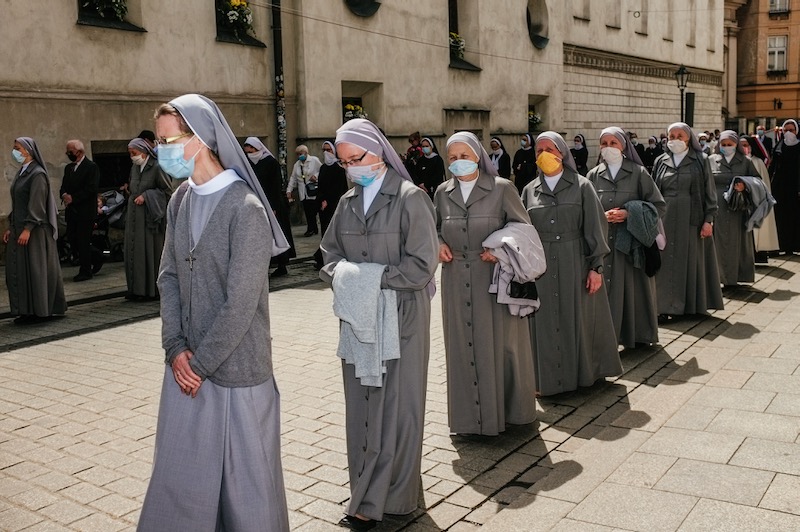 Cardinal George Pell is to publish his prison diary reflecting on life in solitary confinement, the Church, and politics (writes Mark Bowling). Catholic publisher Ignatius Press says that the 1,000-page diary would be published in instalments, with the first volume likely to be published in 2021. Ignatius’ editor Fr Joseph Fessio SJ sent a letter to email subscribers asking for donations, saying Ignatius wanted to give Cardinal Pell “appropriate advances” for the diary to help offset his legal debts. “I’ve already read the first half of the journal and it is extraordinary,” Fr Fessio wrote. “I think it’s going to be a spiritual classic. With your help, we can proceed ... and offer Cardinal Pell appropriate advances on these volumes, which he can then use to remove much of the worry he now has about his legal debts.” In the diary, it is understood Cardinal Pell muses on everything from his conversations with lawyers about his case to US politics and sports, and his reform efforts at the Vatican. Cardinal Pell served 13 months in prison before the High Court in April acquitted him of sexual abuse charges involving two choirboys at Melbourne’s St Patrick’s Cathedral during the 1990s.

Turkey's Catholic bishops will not contest plans to open Istanbul’s ancient Hagia Sophia museum to Muslim prayers. “Although we would wish Hagia Sophia to retain its character as a museum, it isn’t for us to intervene ... on a decision which solely concerns the Republic of Turkey,” the bishops said. The Greek Orthodox Church disagrees, saying “any change will provoke strong protest and frustration among Christians worldwide”. Russia’s Orthodox Church warns that a change in status would “violate fragile inter- confessional balances”. Turkey’s highest court is to rule on Hagia Sophia’s status on 2 July.

The recent outbreak of more than 1,000 cases of Covid-19 among migrant workers in four abattoirs in Germany has been sharply criticised by the German bishops’ conference. In a statement published on its website, Bishop Ansgar Puff, auxiliary Bishop of Cologne, who is deputy head of the conference’s migration commission and head of the human trafficking section, appealed to all Germans to ask themselves whether the meat they were consuming had been produced by exploiting foreign labour. “Some of us think that exploitation and slave-like practices are a thing of the past or only take place in far-away countries, and yet here in Germany migrants from eastern Europe are being used as cheap labour and put up in housing that is unfit for human beings. Before the corona crisis the appalling conditions in the abattoirs hardly interested anyone. It was simpler just to close one’s eyes to them”, Bishop Ansgar said.

An African priest working as a missionary in Thailand has revealed his experience of racism in society and in the Church. “Many times, I have been bullied and subject to discrimination just because of my black skin,” the unnamed priest told UCA News. During meetings of clergy and religious over his eight ears in Thailand, “my Europeans peers are welcome to give their opinions, but I have to struggle to make my voice be heard”, he reported.

Tough new economic sanctions imposed by the US to deter foreign business activity with Syrian President Bashar al-Assad's government have been described as “a diabolical act” by the Maronite Archbishop of Aleppo. Joseph Tobji says the Caesar Act will increase hunger and put “an entire people in distress”.

Canada’s bishops and Development and Peace, the official international development organisation of the Catholic Church in Canada and the Canadian member of international Caritas, hope to end years of accusations and investigations with a new governance structure of Development and Peace which gives bishops closer oversight. “It is a new beginning,” said deputy executive director Romain Duguay. Disputes between the charity and some bishops and pro-life groups have been running since 2009.

The pandemic crisis has not stopped planning for pilgrimages in Egypt along the so-called Way of the Holy Family’. The itinerary includes 25 places in eight governorates where, according to tradition, Mary, Joseph and the baby Jesus stayed when they found refuge in Egypt to escape the murderous intent of King Herod. The Minya Governorate is currently upgrading access routes to historic places, and the fourth century Church of the Holy Virgin at Gabal al-Tayr is being improved for visitors.

Families, prisoners, elderly and orphans in the Republic of Chad, one of Africa’s poorest countries have benefited from the Emergency Fund established by Pope Francis at the Pontifical Mission Societies (PMS). In the Diocese of Mondou, the sudden closure of schools and assistance centres created a food and health crisis, which the Church has helped alleviate through food aid, education and health care, managed by men and women religious.

Religious leaders of the South Sudan Council of Churches say they are "deeply saddened by the escalation of violence in nearly all the states of our country”. The ecumenical body has called on the Government to find ways of stopping on-going clashes among peoples already impoverished by conflict. The leaders’ statement was co-signed by Catholic Archbishop Stephen Ameyu Martin of Juba.

Christian groups around Europe have condemned a decision by the EU Commission to liquidate its office for religious freedom, led until the end of 2019 by the Slovak Jan Figel. The Vienna-based Documentation Centre for Religious Rights accused EU politicians of "closing their eyes" to growing religious freedom violations worldwide and ignoring past commitments.

A Polish bishop has accused his church's primate, Archbishop Wojciech Polak of Gniezno, of "damaging the church's image" by asking the Vatican nunciature to investigate claims in a recent TV film that he covered up sexual abuse. In a letter, Bishop Edward Janiak of Kalisz said Polak had "passed sentence" on him without first checking the claims.

Russia's foreign minister, Sergei Lavrov, has pledged to support the Serbian Orthodox Church in its current dispute with Montenegro, which expelled two more Serbian priests at the weekend, as part of his country's strategy to uphold the "unity of Orthodox peoples". President Putin is to attend the dedication of a new Orthodox cathedral, funded by the Serbian and Russian governments, in Belgrade in December.

Bishop Oscar Vicente Ojea Quintana of San Isidro, president of the Argentine Episcopal Conference, has expressed concern for “the desperate cry of the Earth and the poor in the Amazon”, whose crisis has been deepened by Covid-19. In a speech last week, he congratulated Repam, the Catholic Church network, for doing “an impressive job” in the region, saying the Church has found an Amazon, "all disfigured by mistreatment: from extraction without control, from water pollution, from desertification, from indiscriminate felling of trees, from the extinction of species”. He called for emergency assistance to indigenous peoples.

A Christian was among 20 Indian soldiers who died in battle with Chinese troops in Ladakh on 15 June. The deadly clash at a disputed Himalayan border saw both India and China, two nuclear-armed powers, suffering loses. Chandrakanta Pradhan, a 28-year-old who attended a Catholic Church in Cuttack-Bhubaneswar Archdiocese, was buried in his native village on 18 June.

The Vatican on Thursday urged Catholics to divest from fossil fuels. A 225-page manual issued to mark the fifth anniversary of Pope Francis’ encyclical “Laudato Si”, suggests that Catholics “shun companies that are harmful to human or social ecology, such as abortion and armaments, and to the environment, such as fossil fuels”.

Bishop Joel Baylon of Legazpi in the Philippines has lamented a young man’s suicide after he became stressed over the financial burden on his parents to fund electronic gadgets for online study. Bishop Baylon reports meeting many poor families concerned about obtaining computers and WiFi for their children’s education. The Church in Albay “ can only do so much”, he said. The 19-year-old unnamed student hanged himself on 16 June in Albay Province after being told he needed a Tablet or smartphone for lessons.

Protesters pulled down statues of St Junipero Serra in both San Francisco and Los Angeles, California last week. Though the protests by Native Americans were not directly related to the larger, nationwide Black Lives Matter protests, organisers sought to link the two. “Mass incarceration comes from the mission system,” said Joel Garcia, an activist in Los Angeles. Serra, a Franciscan friar who established missions along the California coastline in the eighteenth century, was canonised by Pope Francis during his visit to the U.S. in 2015.