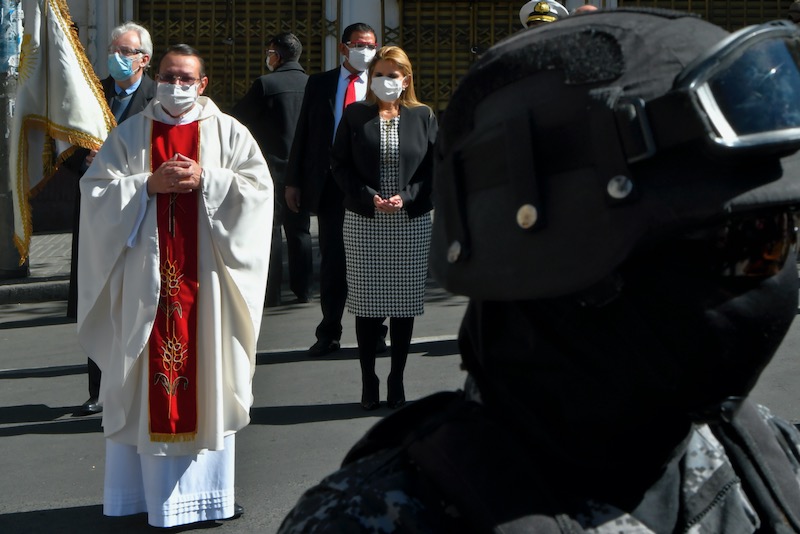 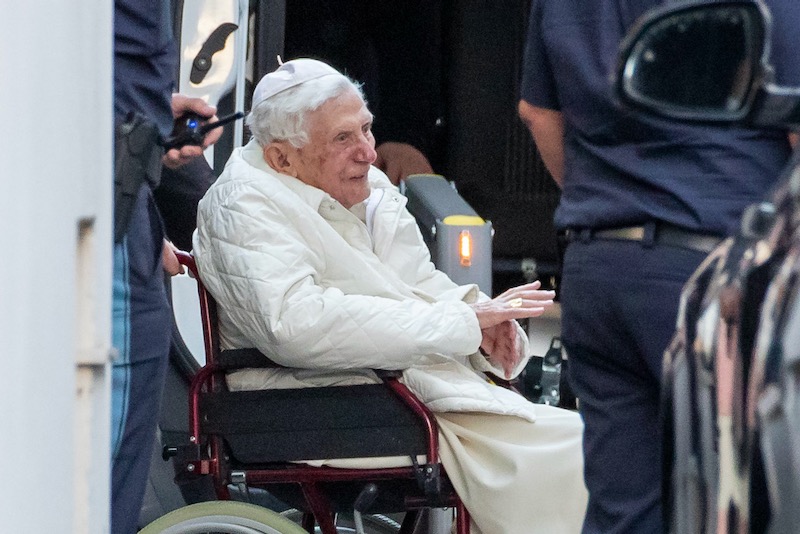 Emeritus Pope Benedict XVI has returned to Bavaria, for the first time since his resignation more than seven years ago, to visit his sick brother..
Daniel Karmann/DPA/PA Images

Benedict XVI, 93, who stood down in 2013, decided to visit his brother Georg, 96, in Bavaria at short notice after consulting with Pope Francis.

Vatican spokesman Matteo Bruni told the German press agency dpa that the emeritus Pope had left the Vatican by plane this morning on a purely private visit. He stay in Regensburg “as long as necessary”.

Benedict is accompanied by his private secretary, Archbishop Georg Gänswein, his doctor, his carer and a religious sister.

The emeritus Pope landed at Munich airport where he was welcomed by Bishop Rudolf Voderholzer of Regensburg who accompanied him on to Regensburg by car, Clemens Neck, spokesman of the Regensburg diocese told KNA. He is staying at the Regensburg seminary. He visited his brother straight away this afternoon.

“It is with great joy and respect that I welcome emeritus Pope Benedict,” the president of the German bishops’ conference, Bishop Georg Bätzing, declared in Bonn. He was praying for Benedict and his brother, he said.

The diocese of Regensburg has appealed to the public to understand that this deeply personal meeting was absolutely private. It was the heartfelt wish of the two brothers, both of whom were very advanced in years, to meet. “Those who want to express their sincere sympathy are invited to say a silent prayer for them.”

The two brothers Georg and Joseph Ratzinger entered the seminary in Munich together in 1946. They were ordained together in 1951. They remained close all their lives and usually spent their holidays or at least part of them together. In recent years, Georg visited his brother in the Vatican several times a year.