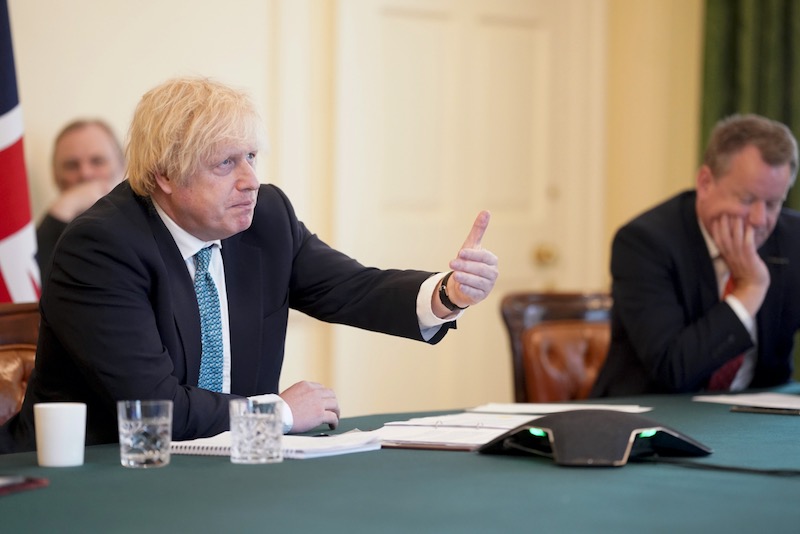 by Cindy Wooden, CNS and staff 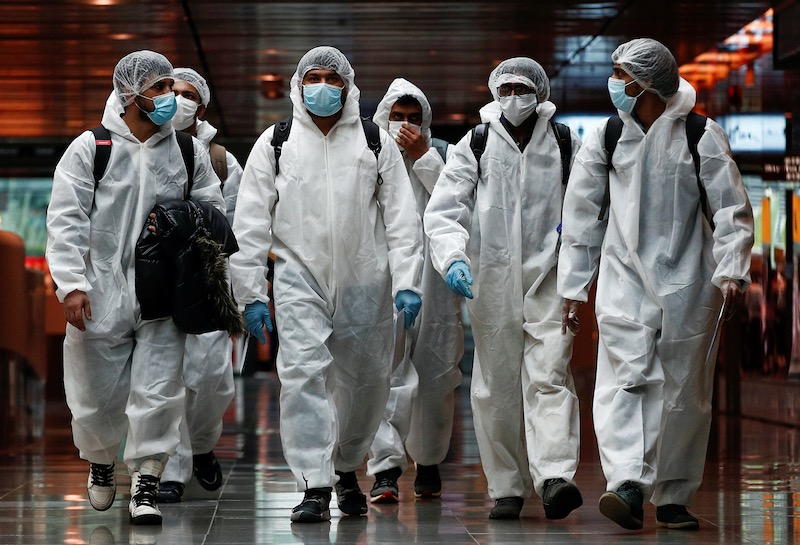 Seafarers who have spent months working onboard vessels during the Covid-19 pandemic arrive at Changi Airport in Singapore earlier this month..
CNS photo/Edgar Su, Reuters

Pope Francis has offered his prayers and solidarity to those who work at sea and have either been prevented from going ashore or have not been able to work.

As travel restrictions continue in the hope of slowing the spread of the coronavirus, the pope in a video message told seafarers and people who fish for a living that “in these past months, your lives and your work have seen significant changes; you have had to make, and are continuing to make, many sacrifices.”

He continued: “Long periods spent aboard ships without being able to disembark, separation from families, friends and native countries, fear of infection – all these things are a heavy burden to bear, now more than ever,” the pope said.

Antonio Guterres, secretary-general of the United Nations, issued an appeal asking governments to classify seafarers as “essential workers” so that those blocked on ships in port could go ashore and so that new crews could rotate in to keep the sea shipping industry going.

“The ongoing crisis is having a direct impact on the shipping industry, which transports more than 80 per cent of traded goods, including vital medical supplies, food and other basic necessities, critical for the Covid-19 response and recovery,” said a U.N. statement.

Due to Covid-related travel restrictions, hundreds of thousands of the world's two million seafarers have been “stranded at sea for months”, Guterres said.

In late April, the International Labour Organisation reported that some 90,000 seafarers were stuck on cruise ships, with no passengers, due to Covid-19 travel restrictions and that in some ports not even seafarers in need of medical attention were allowed to go to onshore hospitals.

On other ships, the shipping company has forbidden crews from disembarking for fear that they could bring the coronavirus on board when they return.

Expressing gratitude to seafarers and fishers for the work they do, Pope Francis also assured them that they are not alone and are not forgotten.

“Your work at sea often keeps you apart from others, but you are close to me in my thoughts and prayers and in those of your chaplains and the volunteers of Stella Maris,” the centres around the world run by the Apostleship of the Sea.

“Today I would like to offer you a message and a prayer of hope, comfort and consolation in the face of whatever hardships you have to endure,” the pope said. “I would also offer a word of encouragement to all those who work with you in providing pastoral care for maritime personnel.

“May the Lord bless each of you, your work and your families, and may the Virgin Mary, Star of the Sea, protect you always.”

The Liverpool Seafarers Centre welcomed the pope's message, which was in a video message sent to the Catholic charity the Apostleship of the Sea.

The centre has been campaigning for seafarers stranded aboard vessels during the pandemic, many of which are unable to get home despite their contracts having ended, due to travel restrictions.

John Wilson, chief executive, has been collecting and distributing donations including toiletries, confectionery, food and games, to seafarers and previously said he fears for the mental health of those separated from their families.

The centre is a partnership between the Catholic Apostleship of the Sea in Liverpool and the Anglican Mersey Mission to Seafarers.

Mr Wilson said: “The Pope’s message will come as a welcome boost to the many thousands of seafarers currently aboard vessels, many of which are working long hours with no shore leave due to the current quarantine restrictions. Some have been separated from their families for long periods, unable to travel home when their contracts ended, while others are stuck at home with no way of working and earning money.

“We remember all of those affected by the pandemic who make a living from the sea and I am pleased that the Pope has spoken to state his support for all that they do. I know it will provide comfort to many during this difficult time and offer hope that they are not alone.”