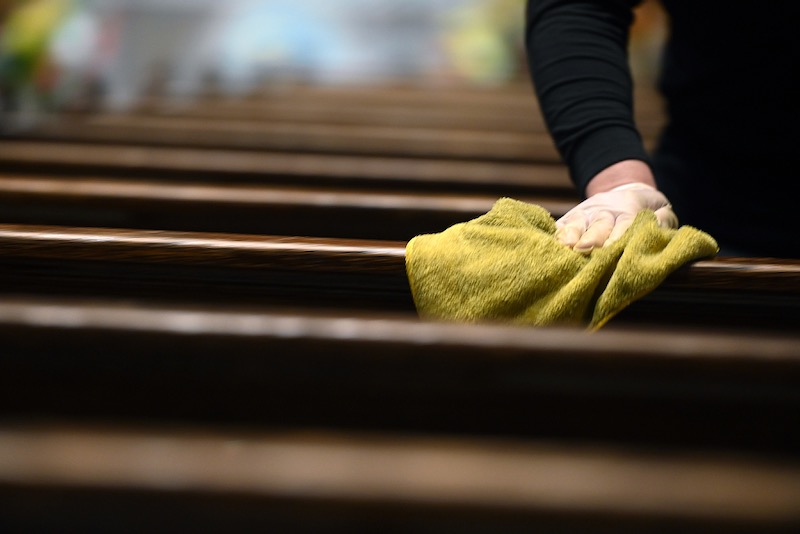 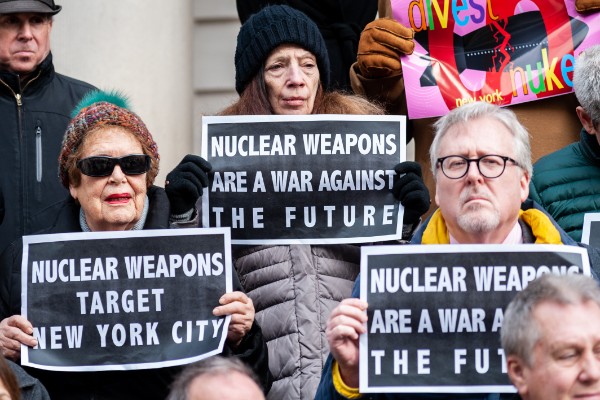 As sentencing began in the cases of seven Catholic peace activists who were convicted for acts of civil disobedience during a protest against nuclear weapons in the USA, more Religious communities in England and Wales have pledged to consider divesting from companies that produce nuclear weapons.

On Monday Elizabeth McAlister, a Catholic peace activist, was sentenced to time served, three years’ supervised probation and $34,000 (US) restitution, a total that will be shared with the other defendants.

Known as the Kings Bay Plowshares 7, the group - which includes Martha Hennessy, granddaughter of Dorothy Day, members of the Catholic Worker movement that Day established, and a Jesuit priest, Fr Steve Kelly, SJ - had been found guilty of three counts of felony and a misdemeanor charge for breaking into the Kings Bay Naval Submarine Base in April 2018 and protesting with banners and crime tape.

Ms McAlister, 80, wife of the Catholic peace activist Philip Berrigan, had already served 17 months and nine days. Because she lives in voluntary poverty, she has been ordered to pay back $25 per month. The other activists are due to be sentenced on 29 and 30 June.

The news came as Religious communities pledged to act on a report by the Nuclear Weapons Financing Research Group and circulated by Pax Christi this month, which found that a number of UK banks and pension funds have financial links to companies that produce them.

Sister Susan Francois CSJP, whose Congregation has been fully divested from nuclear weapons and weapons manufacturers since the 1980s, told The Tablet: “We may not be invested in the manufacturers, but what are our links to other organisations that are financing them? We are looking at our options because obviously we don't want to be having our investments supporting war and death and the manufacturing of weapons. We are working with the coalitions that we are connected with to see what the most effective ways might be.”

Fr Dominic Robinson, Parish Priest at Farm Street Church in Mayfair and Chair of the Justice and Peace Commission, Diocese of Westminster, welcomed the report. “It encourages our ongoing commitment to working for divestment from institutions assisting the arms trade in general, be they in nuclear or conventional weapons. As we move into a new post-COVID world this report is timely in challenging all of us to what Pope Francis calls the new economy of life, not death,” he said.

Fr Martin Newell, a Passionist, said that the Province invests and banks with ethical organisations. Having read the report, which was circulated in this country by Pax Christi, he added: "I don't know what types of activities - and therefore investments - are regarded as materially contributing to the nuclear weapons supply chain. I would definitely be interested in finding out, and passing that information on to our investment managers, and I think we as a Province would be more than happy to ask for those to be excluded, if they aren't already."

Sister Susan called on other congregations, charities and organisations to work together on ethical investment. “We are probably one of the first congregations that is looking at doing this. It will be more effective if it's done in a coalition and a movement. So I would encourage in the UK and as well in the US to try to build those coalitions or to tap into coalitions that already exist because the more that we can do it collaboratively the more impactful.”

Meanwhile Pax Christi England and Wales has held its first online AGM. Around 60 members from at least 10 dioceses and justice and peace partners joined in the first AGM by Zoom, including Archbishop Malcolm McMahon of Liverpool, the National President, whom Director Theresa Alessandro thanked for his valued support over the past year for campaigning work against nuclear weapons.

Among other topics discussed was reduced support for Peace Sunday’s annual Pax Christi collection in January Pax Christi relies heavily on the collection for its income and other years when the collection was down a specific reason could be identified. However, legacies were up and there was gratitude to those who remember Pax Christi in their wills. It is hoped that the organisation’s membership of around 1,000 people can be boosted by at least 75 in the 75th anniversary year of the movement.

The vibrancy of the Catholic peace movement was shown in the many areas of work that have continued under lockdown, such as nonviolence initiatives. Regular zoom liturgies have been especially popular.