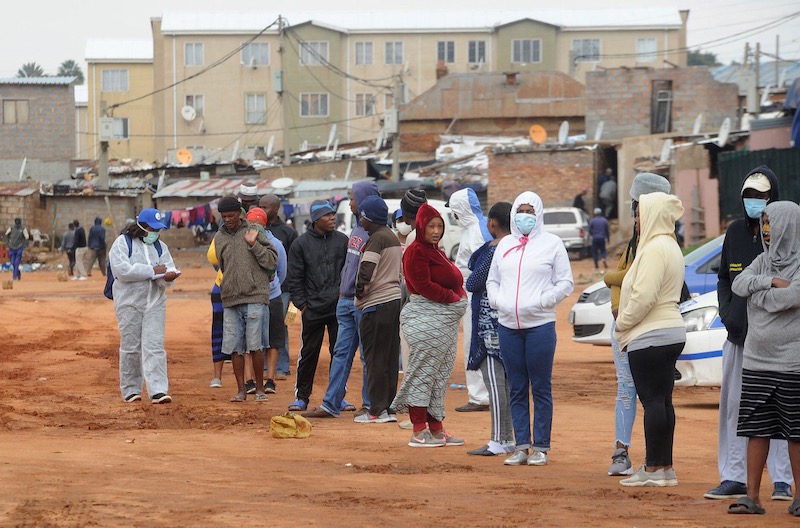 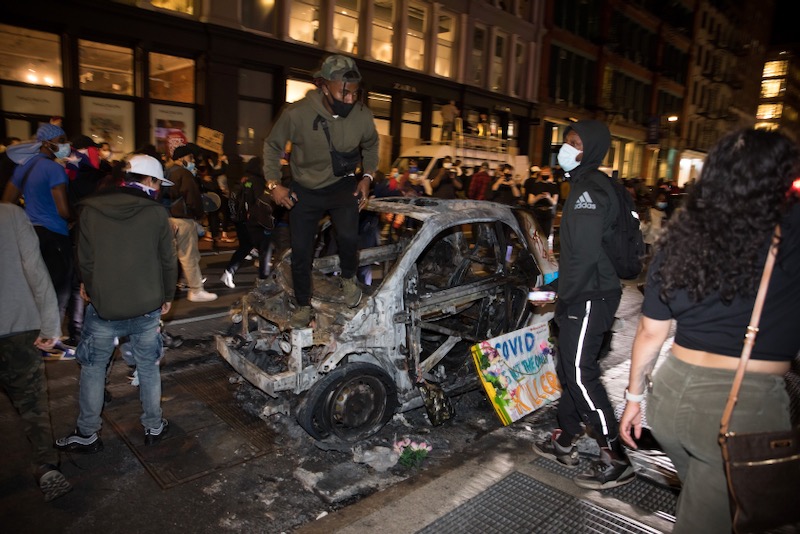 Demonstrators protest over the death of George Floyd in New York.
Michael Nagle/Xinhua

Catholic leaders denounced the killing of an unarmed black man, George Floyd, by Minneapolis police on Monday last week, and the racism that the videotaped murder displayed: four white police officers, one of them kneeling on Floyd’s neck, while the man pleaded for his life.

Seven bishops who chair relevant committees of the US bishops’ conference stated: “We are broken-hearted, sickened, and outraged to watch another video of an African American man being killed before our very eyes. What’s more astounding is that this is happening within mere weeks of several other such occurrences. This is the latest wake-up call that needs to be answered by each of us in a spirit of determined conversion.” They added: “Racism … is a real and present danger that must be met head on.”

Los Angeles Archbishop Jose Gomez, the president of the conference, issued his own statement two days later. He called the violent protests that have erupted since “self-destructive and self-defeating” but he also noted: “We should all understand that the protests we are seeing in our cities reflect the justified frustration and anger of millions of our brothers and sisters who even today experience humiliation, indignity, and unequal opportunity only because of their race or the colour of their skin. It should not be this way in America.”

The strongest, and most personal, statement came from Chicago Cardinal Blase Cupich. “The past nights I have watched in great personal pain as the pent-up anger of our people caught fire across our country,” the cardinal said. “I saw the city where I was born, the cities where I have lived, the city I pastor now, catch embers from the city where I was educated and burn. Was I horrified at the violence? Yes. But was I surprised? No. As the saying goes, if you’re not outraged, you’re not paying attention.”

In a dramatic gesture on Monday evening President Donald Trump offered a symbolic demonstration of his own view of “the fix”. In an address in the White House Rose Garden he affirmed that justice would be served in the case of Floyd, distinguished between the rights of peaceful protest and the violence, anarchy and looting that had taken hold across so many US cities, and affirmed that he would uphold the rule of law and that military force would be used to quell the rioting if necessary.

“These are not acts of peaceful protest. These are acts of domestic terror,” he said. As he spoke protesters were cleared from in front of St John’s Episcopal church, which had been damaged by fire during Sunday night’s rioting. The church has served as the “chapel” to the White House for nearly two centuries and every president since James Madison has worshipped there on some occasion. Trump concluded his Rose Garden address by saying he was now going to a “very special place”. Then, accompanied by secret service agents and White House staff, he walked to the church across Lafayette Square, stood outside, held up a bible, and posed for photographs. He was joined by White House staff and Attorney General Bill Barr for a further photo before walking back to the White House.

Mariann Edgar Budde, the bishop of the Episcopal Diocese of Washington, said she was outraged by the episode.

Former Minneapolis police officer Derek Chauvin was arrested and charged with third-degree murder and manslaughter after he was videotaped putting his knee on Floyd's neck during the arrest on 25 May. Floyd was heard saying “I can't breathe,” while the officer had him pinned for nearly nine minutes, according to the criminal complaint. Three other officers who were involved in the arrest have been fired but had not been charged as of Monday afternoon.

An independent autopsy ordered by George Floyd's family found his homicide was “caused by asphyxia due to neck and back compression that led to a lack of blood flow to the brain,” according to early findings from the examination released on Monday. The independent examiners found that weight on the back, handcuffs and positioning were contributory factors, according to the report.

In Minnesota, the Hennepin County medical examiner’s office said on Monday its investigation had determined Floyd’s death a homicide. The county examiner found the cause of death was “cardiopulmonary arrest complicating law enforcement subdual, restraint and neck compression”. The autopsy result also indicated heart disease, fentanyl intoxication and recent methamphetamine use, but the examiner didn’t cite them as contributing to the cause of death.