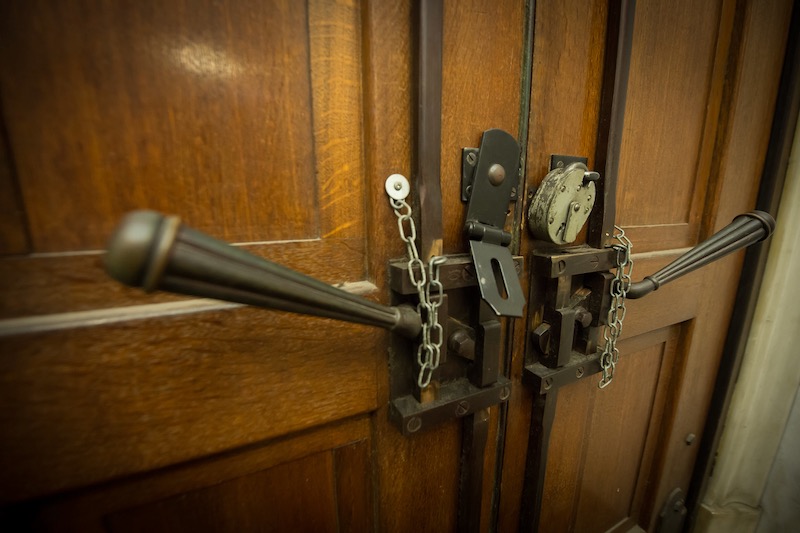 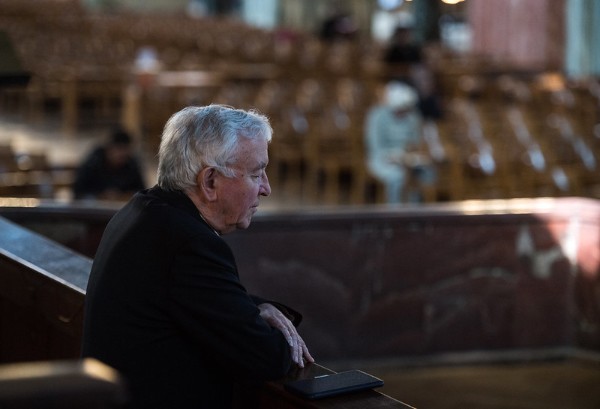 Two of the most senior archbishops in the Church in England and Wales have called on the Government to allow churches to reopen for private prayer.

In his homily for Pentecost Cardinal Vincent Nichols, the Archbishop of Westminster, criticised the Government for allowing shops, outdoor markets and car show rooms to reopen this week while churches must remain closed, even for private and socially distanced prayer.

Meanwhile the Archbishop of Southwark, John Wilson, has called the ongoing closure of churches for private prayer "an infringement of both religious freedom and equality" in a letter to the Prime Minister, seen by The Tablet.

Cardinal Nichols, who contributed to a Government taskforce aimed at easing lockdown restrictions for places of worship earlier this month, said that the Church had accepted the need to close church buildings for safety during the peak of the pandemic.

But the announcement this week from the Prime Minister that some shops may reopen on Monday, and most can reopen on 15 June, “questions directly the reasons why our churches remain closed,” he said.

“We are told that these openings, which are to be carefully managed, are based on the need to encourage key activities to start up again. Why are churches excluded from this decision?” The Cardinal asked.

In its roadmap out of lockdown the Government estimated that churches could reopen in the third phase of eased restrictions, along with hairdressers and cinemas, on 4 July. The Bishops’ Conference was hopeful that churches could open before then for private prayer, and submitted a detailed plan to the Government outlining how this could be achieved.

This is the first time that Cardinal Nichols, President of the Bishops’ Conference, has so explicitly criticised the Government’s refusal to allow churches to reopen. On 14 May he told the BBC’s Today Programme that he was optimistic about the Government’s taskforce for places of worship, and hoped that it could lead to churches reopening ahead of the estimated deadline.

But with no announcement from the Government this week, the Cardinal has called directly for “the phased opening of our churches.”

In his letter the Archbishop of Southwark emphasised that this was not a question of "special treatment for the Catholic Church."

"I appreciate that there is a Faith Task Force seeking to address the needs of religious groups and we are represented on this," he wrote. "There is, however, a growing sense of dissatisfaction. I ask that you please take seriously the needs of different religious traditions and, where their place of worship is necessary to their faith, you create parity of access consistent with that for retail outlets."

He reported a growing frustration among Catholics that shops have been allowed to reopen while churches have had to stay closed, and he stressed that the Church has developed a plan to reopen churches for private prayer that complies with social distancing and lockdown restrictions.

"Total church closure was justifiable in the initial weeks of the pandemic. However, to enable non-essential shops and services to open, while keeping churches closed for individual prayer, is an infringement of both religious freedom and equity," he added.

Archbishop Wilson noted the importance of religious faith to peoples' mental health, which he said suffered during the pandemic.

"At stake here are two paramount principles. The first is freedom of religion and the second is basic equality and justice," he said.

In his homily Cardinal Nichols also acknowledged the great suffering caused by the pandemic, but observed that the Holy Spirit had been at work throughout. Recalling how at Pentecost the Holy Spirit moved the disciples to fling wide the doors of the Upper Room and go out into the world, the Cardinal said: “We, too, are waiting to open these doors, the doors of our churches.”

“The importance of faith to so many people is clear. The role of faith in our society has been made even clearer in these last weeks: as a motivation for the selfless care of the sick and dying; as providing crucial comfort in bereavement; as a source of immense and effective provision for those in sharp and pressing need; as underpinning a vision of the dignity of the every person, a dignity that has to be at the heart of the rebuilding of our society.

The opening of our churches, even if just for individual prayer, helps to nurture this vital contribution to our common good.

Opening churches must be done safely. That is so important. We are confident that we can do so. We have developed expert guidance. We are ready to follow the Government's guidelines as soon as they are finalised. What is the risk to a person who sits quietly in a church which is being thoroughly cleaned, properly supervised and in which social distancing is maintained? The benefits of being able to access places of prayer is profound, on individual and family stability and, significantly, on their willingness to help others in their need.”