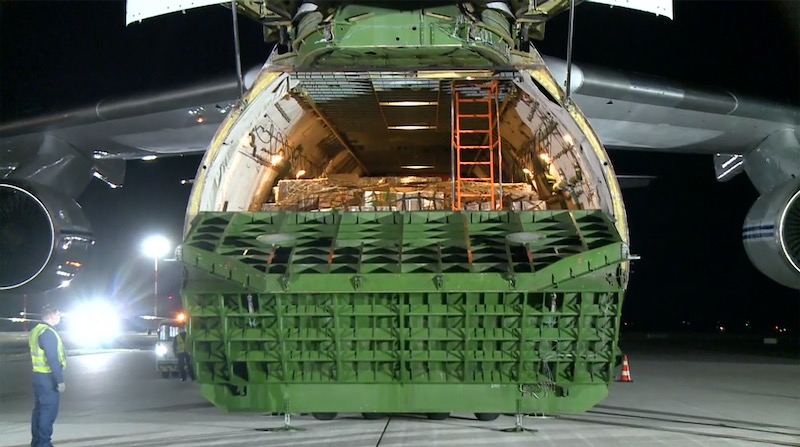 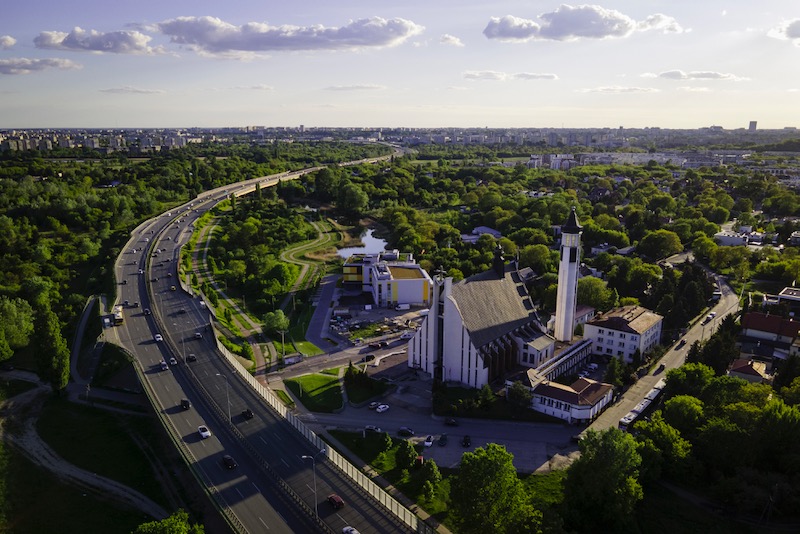 The Roman Catholic Church of the Blessed Virgin Mary on the Joseph Beck highway in Warsaw, Poland.
Jaap Arriens/NurPhoto/PA Images

Dr Francis Collins, a prominent Christian geneticist and head of the National Institutes of Health (NIH) in the United States, was last week named the winner of the 2020 Templeton Prize. The Templeton panel said that they were awarding Collins the £1.1m prize for his achievements in the “integration of faith and reason”. A former head of the Human Genome Project, Collins has spoken publicly about his conversion from atheism to Christianity, which began after witnessing the deep faith of his medical patients. As director of the NIH, Collins is currently leading US efforts to develop a vaccine for Covid-19. He is a member of the Vatican's Pontifical Academy of Sciences, appointed by Pope Benedict XVI in 2009. He will formally receive the Prize in a virtual ceremony later this year.

Adolfo Nicolás SJ, the 30th superior general of the Society of Jesus, died in Tokyo, Japan, on 20 May, aged 84. He was a member of the Jesuit community of Loyola House in Kamishakujii and had been ill for several years,“With sorrow, but at the same time full of gratitude, I wish to inform you that today...the Lord called to Himself Father Adolfo Nicolás, our former Superior General,” Arturo Sosa, SJ, the current superior general, said in a message to the Society. (Read Fr Paul Nicholson SJ's tribute.)

Activists protested outside the Elizabeth, New Jersey Detention Center for immigrants, after one of the immigrants was deported to Mexico when he joined a class action lawsuit against the federal US government, demanding immediate release from the facility due to the spread of the coronavirus. CoreCivic, the company which owns and runs the facility was also named in the suit. A guard at the centre died after contracting the virus and 18 detainees have tested positive.

Philippines bishops and religious congregations have issued a declaration halting the use of Church assets to finance the coal industry and others that damage the environment. It celebrates the fifth anniversary of Pope Francis’ encyclical on the environment, Laudato Si’. Signatories include the Manila Archdiocese and members of the Association of Major Religious Superiors in the Philippines.

Yemen’s health emergency, exacerbated by the Covid-19 pandemic, “is getting worse” in Aden, San’a and other cities, the apostolic vicar of Southern Arabia and Yemen, Bishop Paul Hinder has said, endorsing the alarm raised by the Doctors without Borders NGO. The high mortality rate of patients is reportedly equivalent to that of intensive care in Europe, but in Yemen they are younger – mostly men aged 40 to 60. Last month, Bishop Hinder appealed for a ceasefire in Yemen after five years of war. The health system is already dealing with cholera, diphtheria, measles, and dengue fever.

The Catholic Bishops’ Conference of Chile has initiated a “Covid-19 Spiritual Accompaniment Service” to support people affected by the coronavirus – patients, relatives and health personnel. It is hoped it will boost the mental and spiritual health of those experiencing daily suffering, anguish and fear, via telephone and WhatsApp.

The economic crisis has made Lebanese “desperate” according to Maronite Bishop Michel Aoun of Jbeil-Byblos, who blames the “the high level of corruption” in government institutions, made worse by the Covid-19 pandemic. Bishop Aoun said “the government promised to fight corruption, but so far it has nothing to show”. There is concern that aid is going to government supporters rather than to people suffering the worst hardship.

The Church is providing emergency food and medicine and opening two Church-owned facilities to coronavirus patients. It is appealing to the world Church and to Lebanese abroad to help save the 80 per cent of Catholic schools facing closure over financial shortfalls.

Venezuela’s bishops have joined church organisations working with indigenous peoples to highlight “a hopeless situation that is getting worse and worse due to Covid-19”. The pandemic is aggravating “the serious deterioration of the living conditions of indigenous peoples, caused by the systematic exclusion from their rights to the goods and services necessary for a dignified life”, they say. Caritas of Madre de Dios, in Southern Peru, is raising money to improve the hospital network in the region, which is part of the Peruvian Amazon. Local clergy say that the hospital system is sorely under-equipped to handle the crisis and that indigenous people will be most impacted.

More than 3,000 people have died in Ecuador of Covid-19, but the re-opening process, including churches, is now under way. The Episcopal Conference said people must act with “seriousness, prudence and responsibility” to follow ongoing public health measures, while criticising the “endemic defects of the State”.

Guayaquil, which so far has suffered the most coronavirus deaths in Ecuador, began its re-opening process on 20 May. In April, the hospital system there was overwhelmed. Using a traffic light system, the city is now in “yellow,” and commercial establishments can reopen at 30 per cent capacity. Guayaquil’s mayor warned that if people do not heed the continued restrictions, the city could go back to “red.”

SpanishChurch leaders have urged political parties to show common purpose in the struggle against Covid-19, as the country's Socialist-led government went ahead with contested plans to secularise education. Cardinal Juan Jose Omella of Barcelona, president of Spain’s 87-member Bishops’ Conference, told Spain's Telecinco TV station: “I ask all representatives of the people, including the rulers, to make this effort to strive for the common good, not just for their own ideology.” The 74-year-old cardinal made the appeal as premier Pedro Sanchez’s Socialist-led government, in power since January, confirmed its election pledge to remove religious teaching from school curricula and enhance “affective-sexual education”.

Church groups have joined the relief effort after the most powerful storm in 20 years disrupted millions of people, destroyed homes, and damaged livestock and crops in Eastern India and Bangladesh. Cyclone Amphan hit India first on 20 May, wreaking havoc in West Bengal and Odisha states and then hitting 14 southern coastal districts of Bangladesh. More than 100 people are known to have been killed. “The Catholic Church aid network is on the ground in the affected areas and mobilised hundreds of volunteers to help evacuate thousands of people in its path – saving countless lives,” reported Janet Symes, Head of Cafod’s Asia Region.

South Africahas reduced the impact of the two-month-old coronavirus shutdown on the country’s most vulnerable with social grants, but undocumented citizens and stranded migrants face hunger. Churches have stepped in to fill the gaps. Some 11,000 families could be seen last week waiting for charity food parcels in a queue stretching for several miles outside South Africa’s capital Pretoria.

The Catholic Church in Australiais looking into major reforms that could give laypeople a greater say in Church affairs and make financial dealings more transparent. The proposals are contained in a confidential report, commissioned by the Australian Catholic Bishops’ Conference. The 208-page report, handed to the bishops on 4 May, is titled, “The Light from the Southern Cross: Promoting Co-Responsible Governance in the Catholic Church in Australia”. The Bishops’ Conference is unlikely to reveal how it will respond to its 86 recommendations until the end of the year.

Now that Frenchhouses of worship can reopen with strict restrictions on the number of faithful allowed inside, an app has appeared to help Catholics reserve a spot in their favourite church. The app “La Messe” offers users the names of all churches that have registered with it along with the times of Masses and how many of the restricted seats are still available. Parishes around the country have signed up so far – more than 20 in Paris – but it remains to be seen how extensively it is used. “It’s a bit like reserving a restaurant table online,” said the head usher at a large Paris church. “If they’re late, should I hold their seats for them or give them to someone else already standing at the door?”