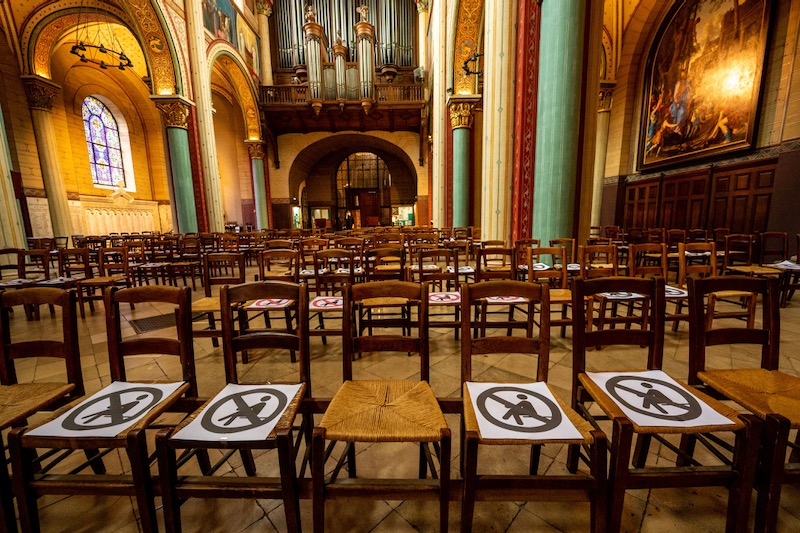 Resistance to Trump's order for churches to reopen 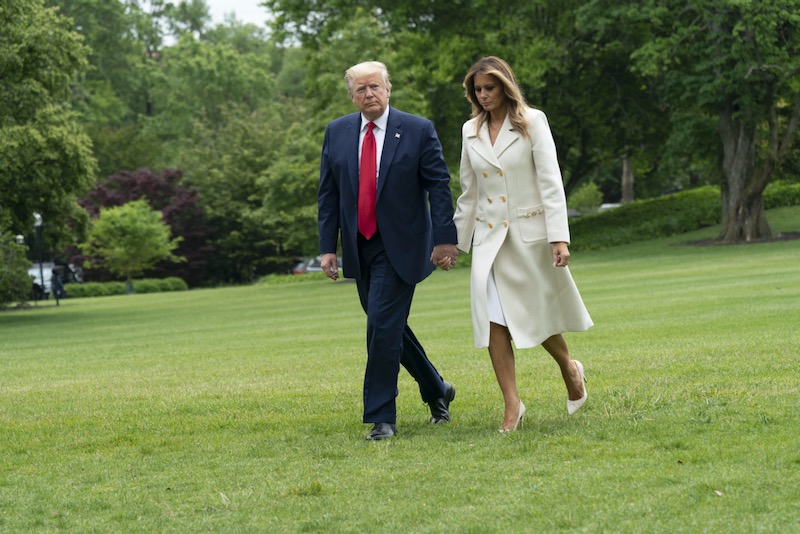 President Trump, who with First lady Melania Trump yesterday returned to the White HouseMonument and Shrine, has ordered churches to reopen.
Pool/ABACA/ABACA/PA Images

Parts of the US are putting up strong resistance to President Donald Trump's order that churches should reopen.

President Trump announced he was ordering all churches open immediately last week, deeming religious liturgies “essential services” and therefore exempt from closure. “We need more prayer, not less,” the president said. However, as president, he has no legal authority in the matter.

In various parts of the country, governors and mayors continued to mandate church closures, and even where no mandate exists, public health officials continue to warn against large gatherings. Many pastors found themselves over the weekend having to explain to their parishioners why church services were not, in fact, resuming.

The bishops of Washington state, where the coronavirus first erupted in the US in February, issued a statement signed by all the bishops of the state distancing themselves from the president’s remarks.

“In response to President Trump’s statement today regarding church re-openings, the Bishops of Washington state would like to provide a unified response. We want to let you know that the public celebration of Mass was suspended, not out of fear, but out of our deepest respect for human life and health,” the statement read. “While we share the desire to bring people back to Mass as quickly as possible, we will wait to schedule our public worship when it is safe and we are prepared to do so.” They indicated they would continue working with the governor’s office on plans to resume public liturgies.

In Los Angeles, Archbishop Jose Gomez, president of the U.S. bishops’ conference, posted a video in which he spoke about how challenging it has been “for me personally, and for my brother priests, not to have the celebration of Mass in a normal way….we all want to be together.” But he said that the suspension of liturgies was simply a matter of “taking care of one another” and that “the situation isn’t over yet.” He said that he hoped it would be possible to open churches in the future, and that the reality of social distancing would continue once services resume. “That’s the most important thing, that we protect one another.” He said he and his brother bishops would continue to work closely with civic officials.

In Texas, which began reopening its churches on 2 May, Holy Ghost parish was closed once again after Redemptorist Father Donnell Kirchner died from the coronavirus and five other members of his religious order tested positive.

in Minnesota the state's Catholic bishops and Lutheran officials moved ahead with plans to resume liturgies at one-third church capacity on 26 May, despite the Governor Tim Walz's executive order capping faith-based gatherings at 10 people due to the pandemic.

Archbishop Bernard Hebda of St Paul and Minneapolis said he did not see the Minnesota bishops’ plan as an act of defiance of the law, but rather an assertion of the rights given to them by the law. The decision should not be interpreted as a sign of disrespect for the governor's authority, he said.

He and leaders of the Lutheran Church Missouri Minnesota South District met with Mr Walz to explain why they see expanding the allowance for crowd size as “an urgent need”, and remained hopeful he would change his executive order.

Some religious liberty groups praised Mr Trump’s statement. Attorney Stephen Crampton, Special Counsel at the Thomas More Society, issued a statement that read: “We appreciate and fully endorse the President’s call to reopen the churches. Churches are essential organisations; they provide essential services that are desperately needed during these desperate times….it is high time to reopen churches.”