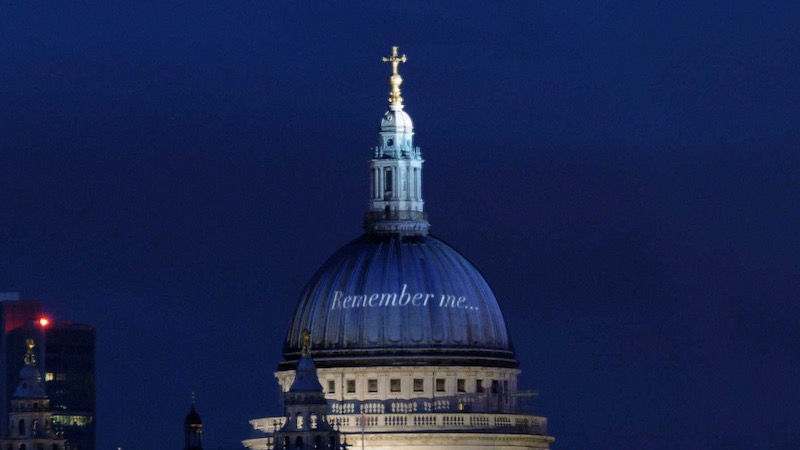 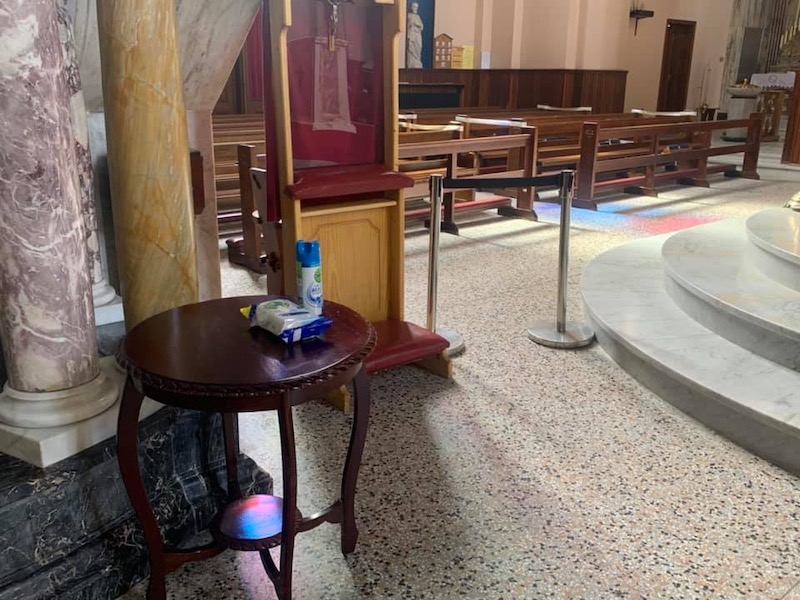 A photo of the confession booth.
Parish Facebook page

A Co Mayo parish will reopen for Confessions this weekend having built a specially adapted confessional that will keep both the priest and the penitent safe from the Covid-19 virus.

Confessions will be held indoors on Saturday at St Mary’s church in Westport because the church fronts directly onto one of the town’s streets and has no facility to hold outdoor confessions.

Speaking to the Tablet, Administrator, Fr Charlie McDonnell explained that the priest hearing confessions is “totally barricaded off” by a screen of Perspex, and there is also a screen of Perspex for the penitent, while a curtain provides a screen between the two.

“There is no question of any contact between the priest and the penitent – except that you can hear each other. We put up a barrier as well just to make it clear that you are not to access the priest.”

He explained that they have also changed the kneeler from cloth to leather. The kneelers will be sprayed down with disinfectant every time it is used by a penitent. The priest believes it would be better of people stood while making their confession.

St Mary’s Westport is the third largest church in the Connaught region after Galway Cathedral and the Basilica in Knock. It has a capacity for over 1,200 people but with social distancing measures it will only be able to be able to cater for 90 people when it reopens for public worship.

However, the size of the church has allowed Fr McDonnell and the parish team to set up the confessional with plenty of space around it for privacy and to maintain at least 3 metres between penitents, should a queue form.

“It is a big long church, so social distancing can be done well here.”

Fr McDonnell explained that churches in the Archdiocese of Tuam were allowed to remain open for private prayer throughout the Covid-19 crisis as the Irish Government never required them to shut completely, unlike churches in Northern Ireland, which were ordered by the State to close.

“We have been lucky that our churches have remained open, so we have had a very strict cleaning regime all during this time. The church has been cleaned several times a day and the church doors have been left wide open. Those coming in for private prayer are not permitted to touch any surfaces.”

The reopening of confession is the first time since restrictions were imposed on churches that there will be a possibility of people touching surfaces. The parish priest said those coming to confession will be asked not to wear their own gloves but will, instead, be provided with single use gloves by the parish. They will dispose of the gloves immediately after they have made their confession.

“After confession, we will immediately spray down the whole confessional booth with disinfectant and then ask people to wait a few minutes before we let the next person proceed to confession.” Penitents will also be told to make their confession within 15 minutes.

“We spent nearly two to three weeks looking at how this could be done. We’ll keep an eye on it and if it doesn’t work, or if it is putting anybody in any way at risk, we’ll call the whole thing off. But at the moment we are happy that it is very safe and it meets all the guidelines.”

Fr McDonnell told the Tablet that there was a demand for confession, more so than for the reopening of the church for Mass.

“We have a tradition of it in Westport. We have confessions here every Saturday and also sometimes on a weekday after Mass – there would be demand for it. We had no Easter confessions so there have been no confessions since well before Easter.”

He explained that those who would normally go to confession would generally be the over 70s who are cocooning. “We have had some of them ringing us asking if there is a way to facilitate them going to confession. But there is no way at this stage. If somebody is cocooning, they are cocooning. Unfortunately, we are not in a position to visit them and we wouldn’t have anything in place that would allow us to do it safely. We can’t offer confession over the phone, but we would pray with them over the phone.”

The parish is providing daily Mass and prayer sessions twice a day which are broadcast on the parish radio and streamed online. In it Fr McDonnell’s view that there is a huge amount of work to be done to prepare the church for a return to public worship.

“We are not there at all. At the moment we can’t see ourselves giving out Communion for the foreseeable future, we are coming to that conclusion. There is so much to be done between now and then – the logistics around Perspex visors through which Communion would be passed - and you still can’t guarantee any person to person contact…”

St Mary’s Westport ministers to 6,500 parishioners and this increases to roughly 14,000 in the summertime.