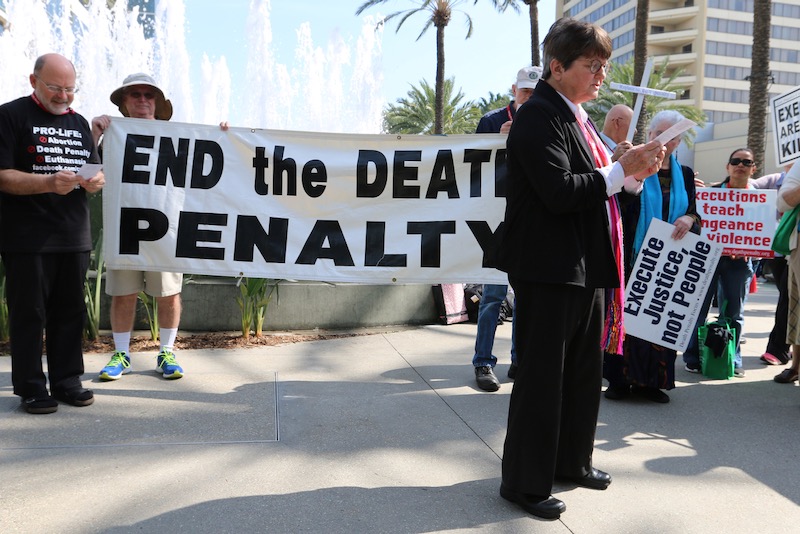 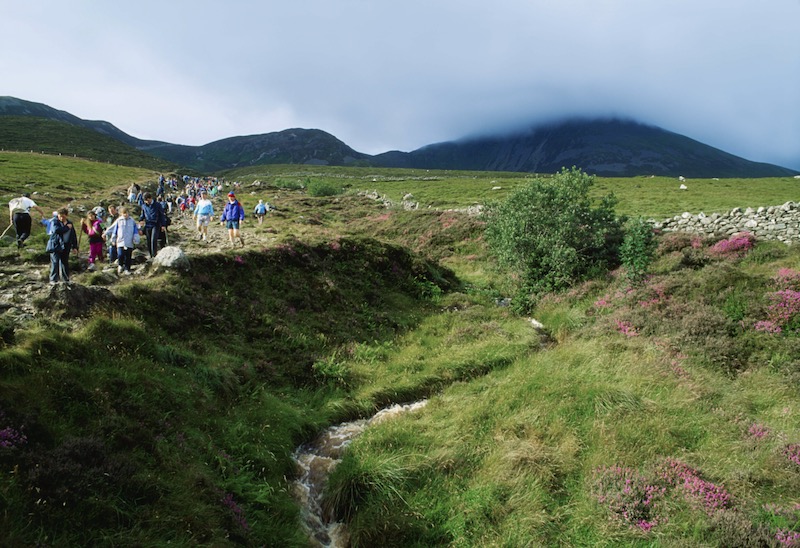 The 2020 National Pilgrimage to Croagh Patrick on Reek Sunday has been cancelled over public health concerns around the Covid-19 pandemic.

Those who intended to climb the Co Mayo mountain on 26 July have been invited to take part instead in a vigil Mass celebrated by Archbishop Michael Neary which will be streamed live from Westport parish on the eve of Reek Sunday. The Archbishop has also invited pilgrims to send in their petitions by email or post and these will be remembered at the Mass.

Announcing the decision to cancel the pilgrimage, the Archbishop of Tuam acknowledged it was disappointing news for those who have already done a considerable amount of preparation ahead of the last Sunday of July.

Up to 100,000 people climb the 764m Co Mayo mountain, made holy by St Patrick, over the course of a year. On Reek Sunday, as the last Sunday in July is popularly known, as many as 10,000 pilgrims make the trek from first light until the late afternoon.

Referring to its “long and distinguished history”, Archbishop Neary said climbing Ireland’s Holy Mountain on Reek Sunday provides pilgrims with an opportunity to pray both in petition and in thanksgiving, and to participate at Mass and Confession at the summit pf the mountain.

It is only the second time since 1904 that the pilgrimage will not take place. In 2015 it was also cancelled due to a storm.

However, Archbishop Neary explained that the decision to cancel was necessary in light of public health advice and the Government’s Roadmap for emerging from the pandemic. The decision was taken following consultation in recent weeks with the various statutory and non-statutory bodies involved in the Reek pilgrimage.

In a statement, the Reek Sunday Organising Forum described the pilgrimage as “a tremendous expression of faith” and part of tradition going back generations.

But the Forum stressed that due to very strong public health advice, and following consultation with the cross community partners involved in organising Reek Sunday, including the Order of Malta, Mayo Mountain Rescue Volunteers, the local Murrisk Community Development Association, and the Archdiocese of Tuam, there was no other option but to cancel.

In their statement the group said that concern about visitor numbers and adherence to public health advice were the main deciding factors behind the cancellation.

Pledging to adhere to the public health advice, the Forum said this was both for the health and protection of their own local community, and for those who had hoped to travel from other parts of the country. Many of the volunteer stewards who know the terrain and the workings of the pilgrimage are themselves cocooning due to the Coronavirus.

“The local community welcomes pilgrims and tourists alike with open arms, however these are different times and many of our community are vulnerable. On behalf of everybody involved we plead that the decision is respected at this time, both for the sake of our community who support us so much, and in the national interest.”

“The logistics of members of the public or volunteer emergency services coming to the assistance of someone who had fallen would create unnecessary public health risk,” the Reek Sunday Organising Forum stated.

The Forum’s nervousness about public adherence stems from their experience of the only previous occasion when the Reek Sunday pilgrimage was cancelled. In 2015, an overnight storm destroyed infrastructure on the mountain, which had taken weeks to put in place. The infrastructure included church facilities as well as emergency First Aid and logistics. Despite the cancellation of the pilgrimage and the inclement stormy weather, many people still climbed the mountain putting themselves and others at risk.

Speaking to the Tablet, the Administrator of St Mary’s Church in Westport, Fr Charlie McDonnell said, “As far we’re concerned the pilgrimage is off – there are no facilities on the mountain. We are appealing to people’s goodwill not to try to climb the mountain on Reek Sunday.”

He added, “This is a small rural community and like every rural community in the west of Ireland, the population is mixed and there are many older and vulnerable people here. If people descend from all over the country we just don’t know what could happen.”

St Mary’s parish in Westport has roughly 6,000 parishioners but according to Fr McDonnell this swells to over 10,000 in the summertime thanks to tourism and many holiday homes in the area.

The Mass celebrated by Archbishop Neary on the evening of 25 July will be live streamed on the parish Facebook page St Marys Church Westport which via the website www.westportparish.ie while prayer intentions can be emailed at any time to reeksunday2020@gmail.com or sent by post to Westport Parish, Co Mayo.

The capacity of the parish church is 1,200 and usually well over 1,000 people would attend the vigil Mass on the eve of Reek Sunday.

“At the moment, with social distancing measures in place, Westport church can hold 90 people. We have marked out and closed off two out of every three seats at the moment. But we don’t envisage ourselves having weekend masses open to the public by that stage in July and that is why the Mass is being live-streamed instead,” Fr McDonnell explained.

While churches in the Archdiocese of Tuam remained open throughout the pandemic for private prayer, they have been closed for public Mass.

“At the moment, the parish is very much open and active online and this has been going on for the last two months. People from all over the world have linked into our parish. We find ourselves providing a facility for ex pats but also for those in other parts of the world whose own churches are closed. So the whole online thing has taken off for us and we are doing our best to facilitate it,” he said.