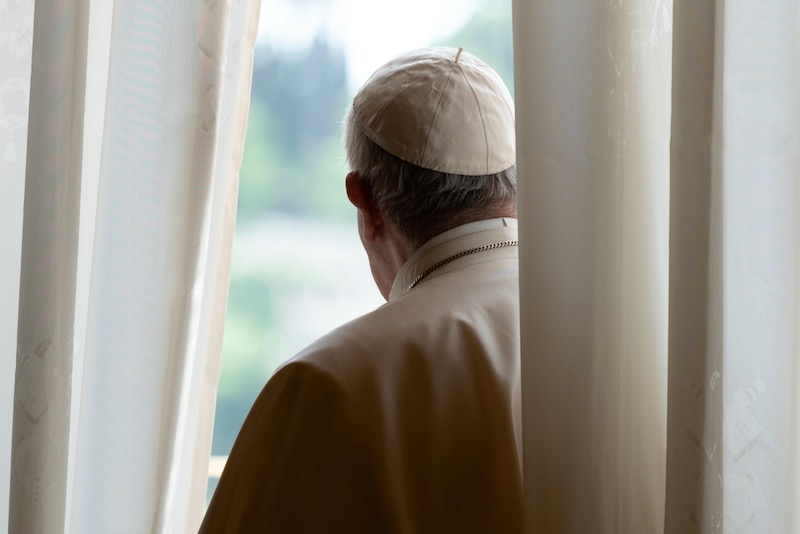 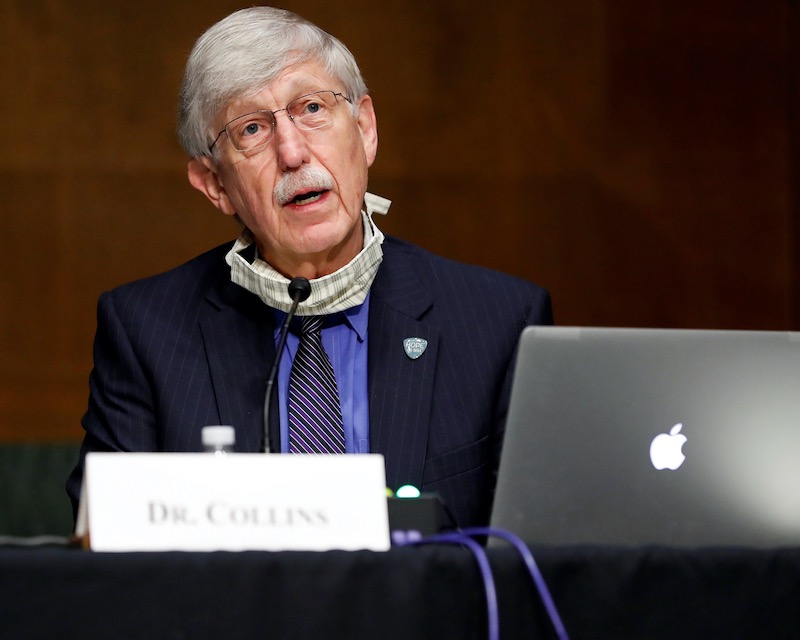 Dr. Francis Collins, director of the National Institutes of Health, speaks during a Senate Health, Education, Labor and Pensions Committee hearing on Capitol Hill in Washington May 7, 2020.
CNS photo/Andrew Harnik, Pool via Reuters

Every waking moment of the new Templeton Prize Laureate is focused on finding a cure for Covid-19.

Dr Francis S Collins, a geneticist and physician who is director of the National Institutes of Health outside Washington in Bethesda, Maryland and who led the Human Genome Project to its successful completion in 2003, has advocated for the integration of faith and reason throughout his career.

He is a member of the Vatican's Pontifical Academy of Sciences, appointed by Pope Benedict XVI in 2009.

The Templeton Prize, established in 1972 by Sir John Templeton, aims to recognise someone “who has made an exceptional contribution to affirming life's spiritual dimension, whether through insight, discovery or practical works".

"Dr Collins embodies the ideals and core convictions that inspired my grandfather, Sir John Templeton, to establish the Templeton Prize in 1972: that rigorous research, especially in the sciences, can help humanity confront the deepest and most challenging questions of existence,” said Heather Templeton Dill, president of the John Templeton Foundation, in a prepared statement posted on the website.

Collins, 70, was selected as the 2020 winner by the judges late last year, but the announcement was delayed due to the coronavirus pandemic.

In an acceptance statement, Collins said: “As I write this, almost my every waking moment is consumed by the effort to find treatments and a vaccine for COVID-19. The elegant complexity of human biology constantly creates in me a sense of awe.”

He continued: “Yet I grieve at the suffering and death I see all around, and at times I confess I am assailed by doubts about how a loving God would permit such tragedies. But then I remember that the God who hung on the cross is intimately familiar with suffering. I learn and re-learn that God never promised freedom from suffering – but rather to be ‘our refuge and strength, a very present help in trouble’ (Psalm 46).”

Collins has headed NIH since 2009. He was nominated to the post by President Barack Obama and was unanimously confirmed by the US Senate.

In June 2017, President Donald Trump announced he would keep Collins on as director of NIH, which is made up of 27 institutes and centres.

From 1993 to 2008, Collins directed the National Human Genome Research Institute, guiding the Human Genome Project in its mapping and sequencing of the 3 billion DNA letters that make up the human genetic instruction book. He called the work “an adventure that beats going to the moon or splitting the atom.”

Under Collins' leadership, the 15-year project of mapping the human genome was completed in April 2003, ahead of schedule and under budget.
After leaving the genome project in August 2008, Collins, who has said he became a Christian at age 27, founded the BioLogos Foundation in Washington, which says in its mission statement: “We believe that faith and science both lead to truth about God and creation.”

He won a Christopher Award in 2007 for his best-selling book, The Language of God: A Scientist Presents Evidence for Belief, published in 2006.

The awards honour works that affirm the highest values of the human spirit.

In the book, he endeavours to encourage religious communities to embrace the latest discoveries of genetics and the biomedical sciences as insights to enrich and enlarge their faith.”

In 2018, Collins faced criticism from the U.S. Catholic bishops for his comments saying human fetal tissue “will continue to be the mainstay” for research and can be done with an “ethical framework”.At the same time he described alternative forms of research as “scientifically, highly justified".

His comments came during a 2018, meeting of an agency advisory panel, which was reported on by Science magazine. During the meeting at NIH, Collins said the Department of Health and Human Services was auditing federal purchases of foetal tissue.

The Science story said Collins told reporters: “There are certain areas where it's hard to imagine that we would know what we know without the access to fetal tissue.”

He said if something can be done with these tissues “that might save somebody's life downstream, perhaps that's a better choice than discarding them.”

He said: “Research using foetal tissue from aborted babies is unethical and should not continue under his leadership. The use of foetal remains procured from abortions can be interpreted as legitimizsing abortion by saying it is an important source for research. It also requires close collaboration with the abortion industry.”

HHS also issued a $20 million grant for research to develop models that do not rely on human foetal tissue.
Born April 14, 1950, in Staunton, Virginia, Collins was home schooled until the sixth grade. He earned a bachelor's degree in chemistry at the University of Virginia in 1970 and a doctorate in physical chemistry at Yale University in 1974.

He later become interested in molecular biology and genetics and enrolled in medical school at the University of North Carolina, where he earned his degree in 1977. He served his residency at North Carolina Memorial Hospital in Chapel Hill from 1978 to 1981.

After a stint as a fellow in human genetics at Yale Medical School, Collins joined the University of Michigan in 1984 in a position that would eventually lead to a professorship of internal medicine and human genetics. While there he discovered the gene responsible for cystic fibrosis and isolated genes linked to other diseases.

Collins and his wife, Diane Baker, a founding faculty member and director of the genetic counselling program at the University of Michigan, live in Chevy Chase, Maryland.

The prize includes a cash award of about $1.4 million. A virtual award ceremony will take place later this year.