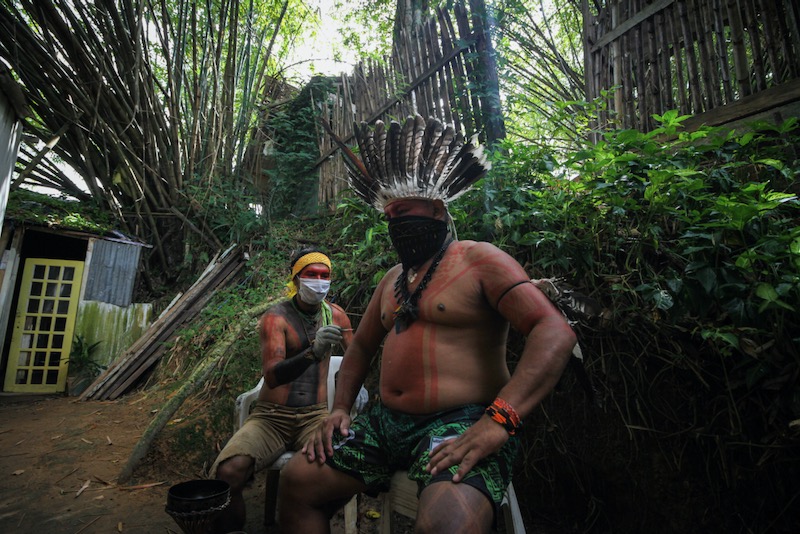 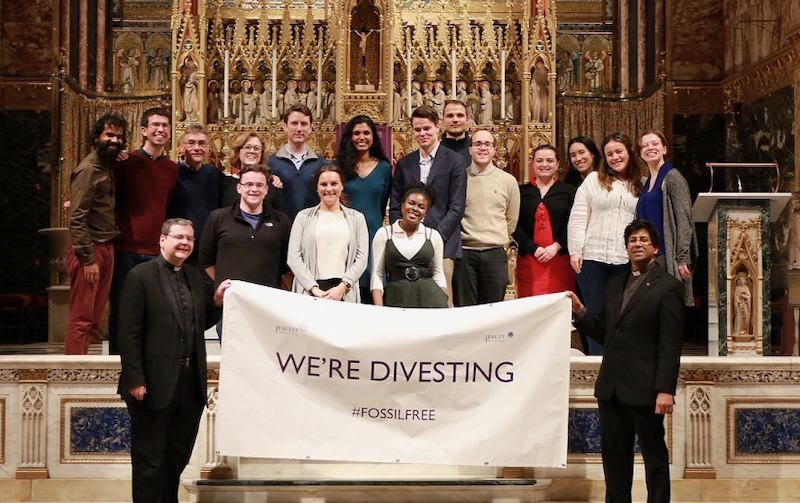 The push for fossil fuel divestment took a step up today when more than 42 faith institutions from 14 countries announced they were joining the campaign.

The campaign amounts to the largest-ever joint divestment from fossil fuels from faith bodies. It comes from organisations in Argentina, Australia, Bangladesh, Brazil, Colombia, Ecuador, Indonesia, Ireland, Italy, Kenya, Myanmar, Spain, the UK and the US.

The campaign comes amid growing debate over economic recovery from the collapse caused by the Covid-19 pandemic. Faith communities are urging governments them to focus on recovery that is low-carbon and just.

The divestment is being embraced by Catholic, Methodist, Anglican and Buddhist  institutions, amounting to more than £1 billion in assets.

The group includes the Jesuits in Britain, the Sisters of St Joseph of Peace (UK) and the Diocese of Arundel and Brighton, which becomes the third Catholic diocese in England and Wales to divest. There are now more than 170 Catholic institutions around the world that have made commitments to divest from fossil fuels.

The Bishop of Arundel and Brighton, Richard Moth, said: “Care for the world that has been given to us is an increasingly pressing need. It is therefore timely that the Diocese of Arundel and Brighton divests from fossil fuels. This positive step will contribute to the common good and, I trust, pave the way for further practical action to safeguard this and future generations.”

Several Catholic religious orders in the UK have already divested from fossil fuel companies, including the Passionists, the Congregation of Jesus, the Religious Sisters of Charity, the Presentation Sisters and the Franciscan Sisters Minoress.

Earlier this month, a new report from Operation Noah showed that none of the major oil companies are compliant with the Paris agreement targets.

The former Archbishop of Canterbury, Lord Williams of Oystermouth, said in response to the report: “The current health crisis has highlighted as never before the need for coherent international action in the face of global threat. Can we learn the lesson and apply it to the global threat of climate change? To do so means taking practical and effective steps to reduce our lethal dependence on fossil fuels.”

The Episcopal Commission for Justice and Peace in Bangladesh is among those committing to divest from fossil fuels.

Bangladesh is home to the world's largest refugee camp, where more than half a million people live near the Bay of Bengal. The Bay of Bengal is extremely vulnerable to the greater risk of catastrophic storms that come with climate change. A viral pandemic and a catastrophic storm would bring one of the world’s most vulnerable communities to a halt, illustrating the need to repair the faults that have left economies near the breaking point.

The global divestment announcement comes at the start of Laudato Si’ Week, a global commemoration of the fifth anniversary of Laudato Si’, Pope Francis’ encyclical on climate change and ecology.

Week-long global events to mark the anniversary have gone ahead, although more digitally than originally planned. An on-line global retreat was held last weekend, organised by the Global Catholic Climate Movement (GCCM).
Pope Francis’ video for the week was played, where he said, "I renew my urgent call to respond to the ecological crisis” and “the cry of the Earth and the cry of the poor cannot continue".
A Vatican reflection guide outlined similarities between the pandemic and the ecological crisis, for instance its global reach, the exposure of underlying social injustices and the need for a united effort to find solutions. The week ends on 24 May with a worldwide day of prayer at noon, using a text provided on the Laudato Si’ Week website. However, Catholic communities across the world are invited to join a grassroots movement to gradually work toward "total sustainability" in the coming decade, a path that would include carbon neutrality, simpler lifestyles and divestment from fossil fuels.

It comes after a month when 21 Catholic organisations with $40 billion in assets under management committed to invest in companies that align with their values by signing the Catholic Impact Investing Pledge.

James Buchanan, Bright Now Campaign Manager at Operation Noah, said: “The decisions we make now will affect the future of humanity for thousands of years. These faith institutions are showing strong leadership in response to the climate crisis, and we hope that more Catholic dioceses and religious orders will join them in divesting from fossil fuels and investing in the clean technologies of the future.”

Tomás Insua, executive director of Global Catholic Climate Movement, said: “Every dollar invested in fossil fuels is a vote for suffering. These institutions are taking prophetic action to light the way towards a more just and sustainable future because, now more than ever, we need to protect our communities and build a just recovery together.”

Dr Isabel Apawo Phiri, World Council of Churches deputy general secretary, said: “We reiterate the urgent concerns of Christians around the world in relation to climate change and its adverse effects on the whole of creation. The moral imperative of fossil fuel divestment and of investing in a low-carbon path to realizing economic, social, and ecological wellbeing and sustainability for the whole creation is more urgent than never.”

Rev Rachel Mash, coordinator of Green Anglicans with the Anglican Church of Southern Africa, said: “The Covid-19 crisis shows us that our current way of living is unsustainable, we are sick because the Earth is sick.  We cannot go back to normal, we must grow back to a new way of sustainable living. As we move into a post Covid-19 era, we must move away from sources of energy that contribute to climate change and air pollution.”

Fr Damian Howard SJ, Provincial Superior of the British Jesuits, said: "Climate change is the most pressing challenge the world faces as climate disasters wreak more and more destruction, hitting poorer countries the hardest – despite them having done the least to cause them. The decision to divest is principally a response to the clear moral imperative of acting to safeguard our planet for future generations at a time when scientific evidence is mounting that we are facing a grave climate emergency.:

Sister Bridgetta Rooney, trustee of the Sisters of St Joseph of Peace: “The climate crisis calls each of us to conversion of heart and change in behaviour. We felt compelled to divest of fossil fuels to reflect our values.  We are also committed to using our resources to make positive investments that will help the transition to a zero carbon future.”