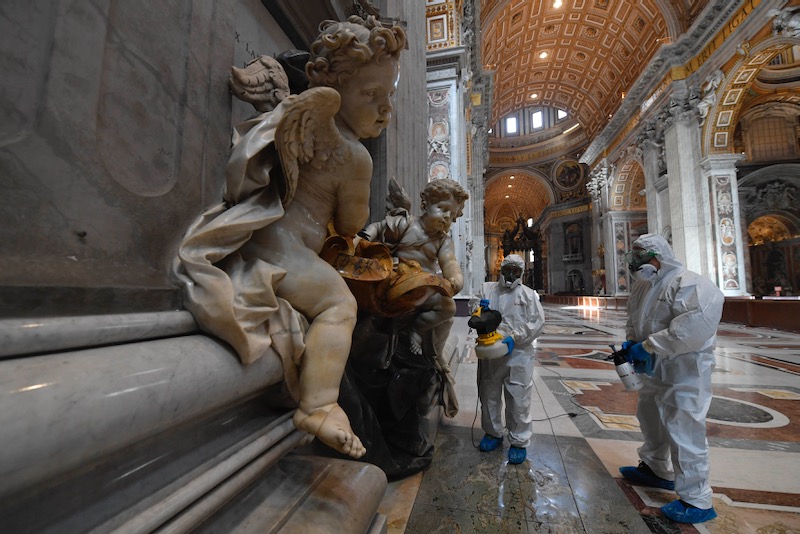 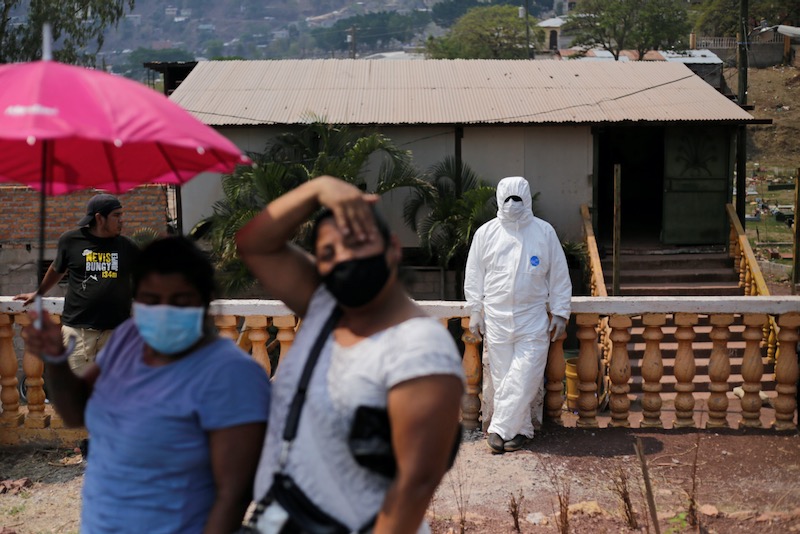 People in Tegucigalpa, Honduras during the pandemic.
CNS/Jorge Cabrera, Reuters

Advocates for debt relief for the world's poorest countries are calling on international policymakers to cancel debt payments and expand debt relief for developing nations to bolster health care and protect vulnerable people and workers during the coronavirus pandemic.

The request from more than 100 organisations, including more than two dozen Catholic religious congregations, came in a letter to the International Monetary Fund, representatives of 20 industrial and emerging economies, or G-20 nations, and President Donald Trump.

It comes in advance of today's opening of the World Health Assembly, the decision-making body of the World Health Organisation. The global pandemic response will be the major item of business during the meeting, which was rescheduled to take place online.

Decisions by the assembly are likely to affect the upcoming G-20 and Group of Seven meetings this summer.

Eric LeCompte, executive director Jubilee USA, an alliance of faith-based development and advocacy groups that drafted the letter, said that action on canceling the debt would allow poor countries to devote more resources to respond to the pandemic.

The G-20 nations agreed to suspend debt payments owed to them by 76 of the world's poorest countries. The agreement covers payments through 2020.

Debt cancellation and the suspension of payments was one of four policies the advocates said were necessary to prevent a serious financial crisis from engulfing the world economy, LeCompte said.

Other issues raised in the letter include:

– Identifying additional revenues that nations can tap to respond to the economic and health impacts of the pandemic.
– Improving debt restructuring and implementing debt payment moratoria for countries affected by the coronavirus.
– Supporting all countries as they emerge from the crisis "with more resilience by encouraging policies and agreements to increase protections for the vulnerable, instil greater public budget transparency, implement financial crisis and market protections, promote responsible lending and borrowing, and curb corruption and tax evasion."

LeCompte said such steps would move a global economic recovery along and "protect all of us from financial crisis".

He added that he believed the actions would head off future financial crises that may be caused by another pandemic, economic upheaval or massive food shortage.

"If we don't have a process in place, we're just setting ourselves up for failure again," he said.

Pope Francis in his traditional Easter message "urbi et orbi" (to the city and the world) called for forgiveness, or at least a reduction, of the foreign debt of the world's poorest nations.

The pope also has established a Covid-19 response commission in the Dicastery for Integral Human Development to examine the challenges the world is facing in battling the pandemic and what it will inevitably face in its aftermath.

Among its tasks, the commission is reviewing debt of the world's poorest countries, joining the plea of Pope Francis and a wide variety of leaders in calling for debt relief,  either through the suspension of payments or an outright forgiveness of debt.