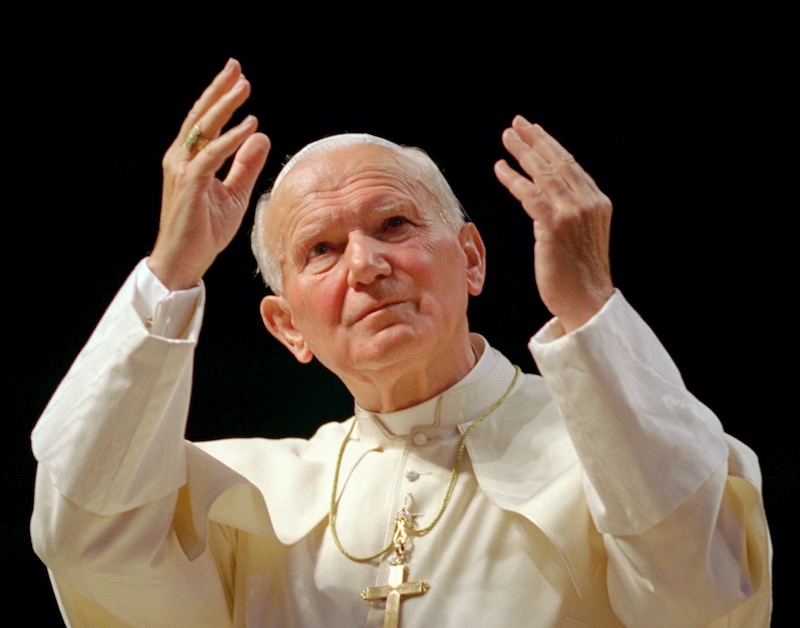 Vatican workers have cleaned and sanitised the inside of St Peter's Basilica in preparation for the May 18 resumption of public liturgies in Italy and a morning Mass with Pope Francis at the tomb of St John Paul II.

Vatican workers also will sanitise the other basilicas in Rome: St John Lateran, St Mary Major and St Paul Outside the Walls, according to a communique from the Vatican press office.

Andrea Arcangeli, vice director of the sanitation department for Vatican City State, told Vatican News in the video that they were using detergent on the floors and a bleach-based solution sprayed onto surfaces.

The Centres for Disease Control and Prevention says evidence suggests Covid-19 may survive for hours to days on surfaces made from a variety of materials, but that it can be easily inactivated by chemical disinfectants.

Arcangeli said they will be able to reduce the viral and bacterial load on the surfaces, but it will never reach "zero", which would require the kind of sterilisation practised in operating rooms.

St Peter's Basilica has been closed to tourists and visitors since March 10. The Vatican has held a number of private, livestreamed services from the basilica in the presence of a reduced number of faithful and a pool of photographers.

Pope Francis is scheduled to offer his morning Mass today at the tomb of St John Paul in the basilica in memory of the 100th anniversary of his birth.

As of May 15, the Vatican had not given a date for when the basilica would be opened again to the public.

The army has 80 teams of hazardous-material specialists active throughout Italy in decontaminating and sanitising needed areas, reported SIR, the news agency of the Italian bishops' conference. Nine of those teams will be dedicated to decontaminating all 337 of Rome's parish churches.

The army is disinfecting the outside area of each church and place of worship, while the parish priest will have to request and indicate which areas inside the church they have permission to decontaminate, Brigadier General Giovanni Di Blasi told La Repubblica.

"It is a wonderful example of institutional cooperation for the sake of getting the city back up and running and for the sake of all citizens," said Rome's mayor, Virginia Raggi, who attended the cleaning of the first church, St John Bosco, in the southeast of the city.

The citywide cleaning came after the Italian bishops and government agreed May 7 on a protocol to allow the public to be present for liturgical celebrations starting May 18.

The protocol specifies the guidelines each church and the faithful will have to follow to help safeguard public health. The restrictions will include wearing facial masks inside the church, social distancing and asking people to not go to church if they are showing flu-like symptoms or know they have been in contact with someone who has recently tested positive for the coronavirus.

"All of us – priests, especially – will do everything to guarantee respect for the rules, to guarantee social distancing, safety measures, so that when celebrations begin, they can be done in an orderly fashion," Auxiliary Bishop Gianpiero Palmieri of Rome told La Repubblica.