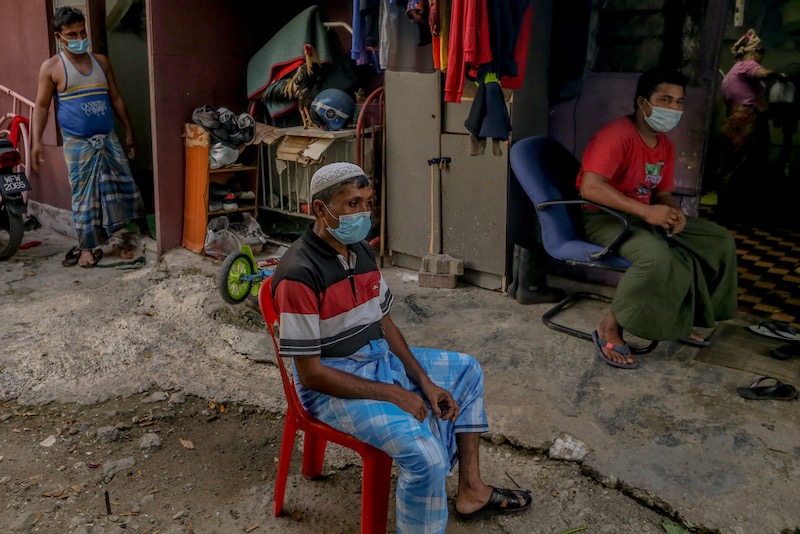 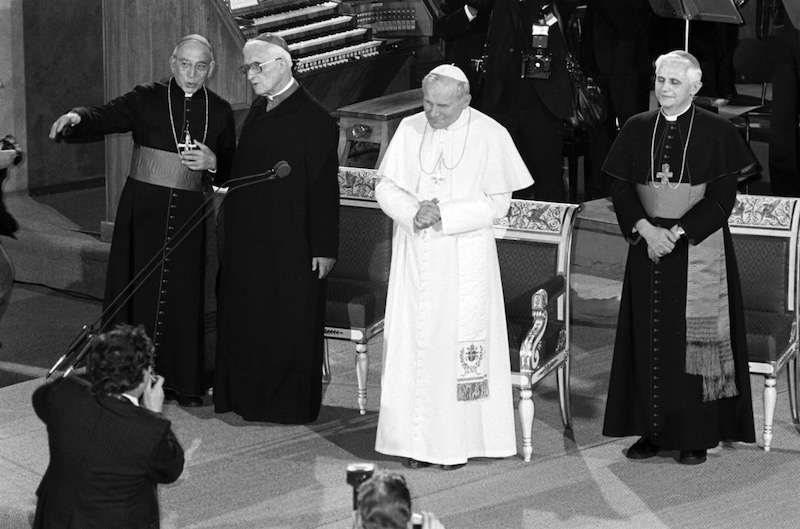 The continuity between St John Paul II and Pope Francis is rooted in the message of God's divine mercy for all men and women, the retired pope, Benedict XVI, said in a letter commemorating his predecessor's birth.

Throughout his life, St John Paul sought to spread the message that "God's mercy is intended for every individual", the pope emeritus said in a letter to Polish Cardinal Stanislaw Dziwisz, the former archbishop of Krakow and longtime secretary to St. John Paul II.

"John Paul II is not the moral rigourist" some people have portrayed him as being, the retired pope wrote. Instead, "with the centrality of divine mercy, he gives us the opportunity to accept the moral requirement for man, even if we can never fully meet it."

The retired pope's letter, including with an English translation, was released by the Polish bishops' conference today in anticipation of the 100th anniversary of the birth of St John Paul on Sunday.

Written in German, Pope Benedict's letter recalled his predecessor's humble beginnings and youth, the death of his mother, brother and father and the difficulties Poland lived through after World War I and, especially, during World War II.

The young Karol Wojtyla, the retired pope said, "not only studied theology in books but also through his experience of the difficult situation that he and his country found themselves in. This is somewhat characteristic of his whole life and work."

After his election as pope in 1978, Pope Benedict continued, St John Paul found himself leading a church that was "in a dramatic situation" in which the deliberations of the Second Vatican Council spilled over "to the public as a dispute over the faith itself".

Furthermore, Pope Benedict said that the dispute led to a "feeling that nothing was any longer certain", particularly in the implementation of liturgical reforms which made it seem "that the liturgy could be created of itself".

"At that time, sociologists compared the church's situation to the situation of the Soviet Union under the rule of Gorbachev, during which the powerful structure of the Soviet state collapsed under the process of its reform," he recalled.

Nevertheless, from the start of his papacy, St John Paul "aroused new enthusiasm for Christ and his church", especially in his words to Catholics during his inaugural Mass: "Do not be afraid! Open, open wide the doors for Christ!"

"This call and tone would characterise his entire pontificate and made him a liberating restorer of the church," Pope Benedict wrote. "This was conditioned by the fact that the new pope came from a country where the council's reception had been positive: one of a joyful renewal of everything rather than an attitude of doubt and uncertainty in all."

Through his foreign trips and encyclicals, he continued, St John Paul sought to present the church's teaching "in a human way" and always centred on the theme of divine mercy inspired by the message of St Faustina Kowalska.

The retired pontiff, who served as prefect of the Congregation for the Doctrine of the Faith from 1981 until 2005, recalled St. John Paul's desire to honor St Faustina's wish to establish the Second Sunday of Easter as a feast day dedicated to divine mercy.

Pope Benedict said he was "impressed by the humility of this great pope" when the congregation "responded negatively" because the feast would overshadow the "ancient, traditional and meaningful date" that concluded the Octave of Easter.

"It was certainly not easy for the Holy Father to accept our reply," Pope Benedict said. "Yet, he did so with great humility and accepted our negative response a second time. Finally, he formulated a proposal that left the Second Sunday of Easter in its historical form but included divine mercy in its original message."

Remembering the Polish pontiff's death on the eve of the feast of Divine Mercy, Pope Benedict said that "the light of God's mercy" stood as a comforting message in his final hours.

The retired pope also addressed calls for the late pope to be referred to as "St John Paul the Great".

The church's judgment of a person's holiness and heroic virtues, he said, is not the recognition of "a kind of Olympic achievement but rather that something becomes visible in and through a person that is not his own but God's work, which becomes recognisable in and through him."

Although the title of "the great" applied to Pope Leo I and Pope Gregory I had a political connotation, it was also because "something of the mystery of God himself becomes visible through their political success."

For example, he explained, without military or political power, "Leo the Great was able to convince Attila, the prince of the Huns, to spare Rome," thus proving that "in the struggle between the spirit and power, the spirit proved stronger".

Pope Benedict said that the story of Leo the Great bears an "unmistakable" similarity to St. John Paul's influence in the collapse of the Soviet Union and that "undisputedly, the pope's faith was an essential element" in its collapse.

"Let us leave open the question of whether the epithet 'the great' will prevail or not," Pope Benedict concluded. "It is true that God's power and goodness have become visible to all of us in John Paul II. In a time when the church is again suffering from the oppression of evil, he is for us a sign of hope and confidence."