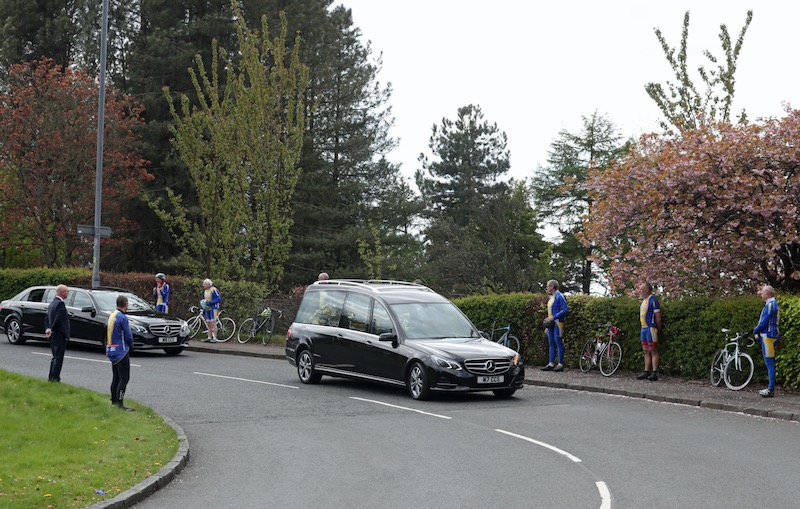 Churches should do funerals 'even without a body'

Man detained for trying to break in to Fátima shrine

Prayer of the Rosary and Procession of Candles. The 103rd anniversary of the apparitions of Fatima is celebrated on 12 and 13 May at the Shrine of Our Lady of the Rosary of Fatima.
Global Imagens/Atlantico Press/ABACA/ABACA/PA Images

A 48-year-old Irish man was detained on Tuesday evening in Fátima, Portugal, after jumping over a fence and making a dash across the otherwise empty shrine grounds.
The incident took place on 12 of May, just minutes before the beginning of the official vigil which marks the first apparition of Our Lady to the three shepherd children, in 1917.
This year, for the first time since the shrine was built, pilgrims were barred from attending the celebrations. On a usual 12th of May hundreds of thousands would be expected at the shrine for the recitation of the Rosary, the candlelit procession and mass.
Some Catholics tried to make the pilgrimage anyway, despite the Portuguese bishop's request that they not do so. A heavy police presence and the fact that the entrance to the shrine itself was closed kept the crowds away.
The Irish man, whose name has not been revealed, jumped over a fence and, holding a framed image of Mary, made a dash for the Chapel of the Apparitions, that marks the exact spot where the apparitions took place. Despite managing to elude the first officers who tried to stop him, he was eventually apprehended and detained.
A woman also ran towards the chapel at the same time, although it was not clear if the two were together. Her identity and nationality have not been revealed.
Sources from the shrine say that the man was already known to the staff and had made an earlier attempt to enter the shrine in the afternoon.
In videos circulated on social media he can be seen yelling "for the love of God" (as in For goodness sake) when the shrine staff take him down, in fluent Portuguese, but with a foreign accent, so it is likely that he resides in Portugal or at least travels here frequently.
Back to articles
Back to articles