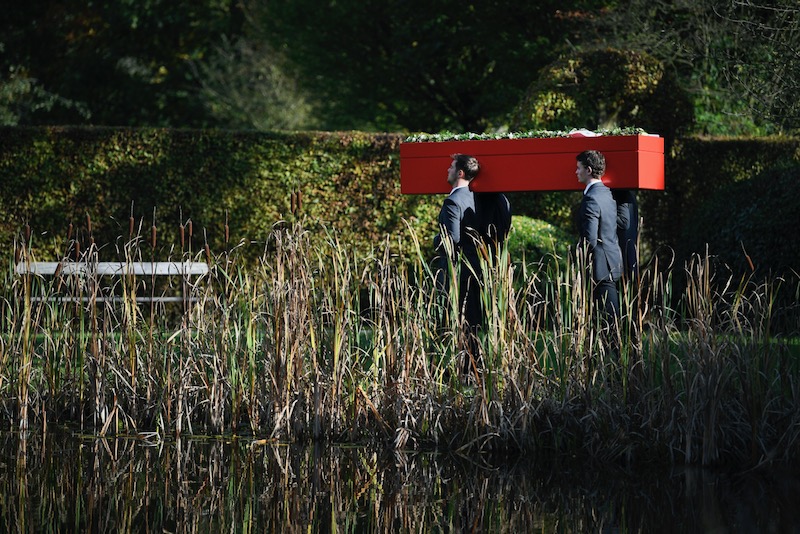 Religious freedom 'under threat' in Europe 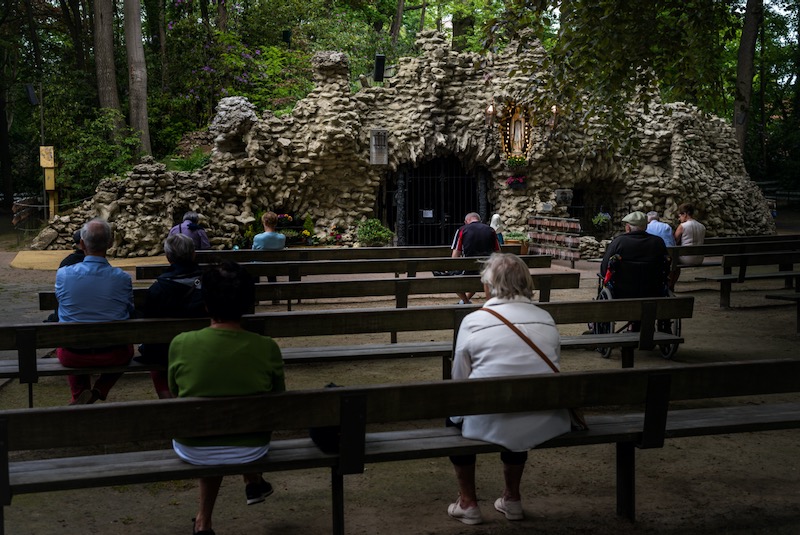 Believers at the Lourdes grotto in Oostakker, Belgium on 08 May 2020. Normally in May it is very busy.
Jonathan Raa/NurPhoto/PA Images

The Brussels-based commission representing the European Union's Catholic bishops, COMECE has warned against the continued forced closure of places of worship during the Covid-19 pandemic, and called for their reopening to be consulted and coordinated with Church leaders.

"Freedom of religion, including freedom of worship, is a fundamental right and real necessity for many people", said Fr Manuel Enrique Barrios Prieto, the commission's Spanish general secretary. "COMECE takes this opportunity to restate that any erosion of fundamental rights in the current emergency context, including freedom of religion, must not become the new norm. These rights have to be fully re-established as early as possible".

The statement was issued as Masses and liturgies cautiously resumed across Europe from early May in line with national coronavirus regulations. It said dialogue between churches and EU governments was "as crucial as ever" during the pandemic, adding that respect for religious freedom was vital when the EU was showing "ever growing attention" to the rule of law in its member-states. However, the EU Commission's roadmap for lifting virus containment measures had made no mention of religious services, COMECE sais.

"This is disappointing, since it neglects the key role of religion in European societies," Fr Prieto noted in a rare criticism of EU practices. "The reopening of churches in compliance with rules of sanitary caution must be implemented by civil authorities in a clear and non-arbitrary way, in full respect of and dialogue with ecclesial institutions".

Church leaders have raised concerns that anti-clerical politicians could seek to retain some curbs on religious rights after the Covid-19 pandemic, after armed police were filmed on social media entering churches to stop Masses at altars in Spain and Italy. In France, where churches have remained open for private prayer, the Bishops Conference condemned a late April government announcement that no services could be conducted until June, warning in a communique that freedom of worship was "a constitutive element of democratic life". In neighbouring Spain, Cardinal Antonio Canizares of Valencia rejected "false claims" by local authorities on Sunday that a Mass for the Virgin of the Forsaken had breached safety guidelines, and accused politicians of using "manipulation and distortion" against Catholics.

In his statement, Fr Prieto said the Council of Europe had also warned in its recent coronavirus "Toolkit for Member-States" that religious freedom was "a benchmark of modern democratic societies", and had called on governments to ensure any restrictions were "clearly established by law, in compliance with relevant constitutional guarantees and proportionate to the aim it pursues".

"The aggressive approach of certain secularist actors against religion in the public square may have contributed to its marginalisation in the context of the current crisis", the COMECE general secretary said. "COMECE reiterates that religion is not a merely private issue: it also has a public and collective dimension, as clearly expressed in all main human rights texts, including the EU Charter".