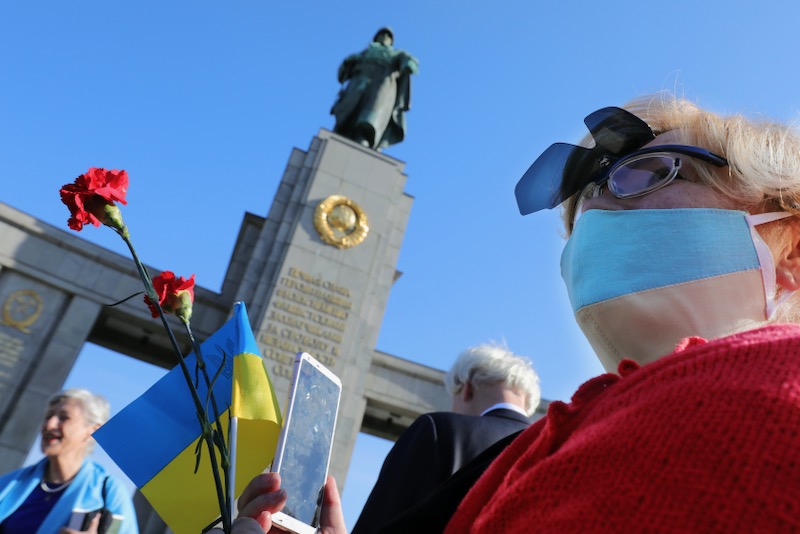 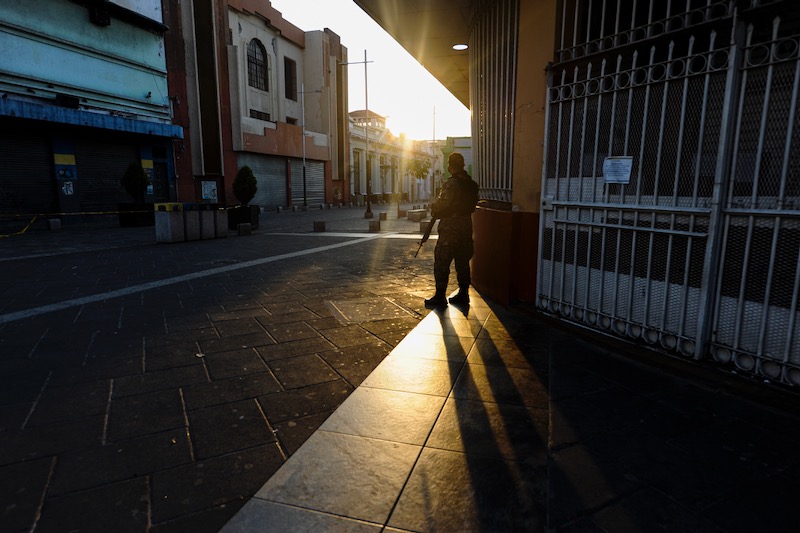 “The big issue of the coronavirus in Latin America is hunger” says the head of Cafod’s Latin America Department. Clare Dixon told The Tablet this week that “of course it’s a health crisis but it is also a social catastrophe – one of hunger, and also human rights, inequality and violence against women”.

Draconian clampdowns in El Salvador and Guatemala mean that people are allowed out only once a week to buy food but, as Clare reports, they say “we don’t live week by week but day by day” and “they would rather risk catching the virus on the streets and earn an income than die of hunger”. In both countries, soldiers patrol barrios during strict lockdown, and thousands have been detained.

Cafod partners working with young people in an area of San Salvador afflicted by gang violence report families having trouble accessing food. Some subsidies are provided by the governments, but many poor people cannot access them because they do not have bank accounts.

In health terms, social distancing is difficult where several generations of the same family live in one or two rooms. El Salvador’s hospitals are ill-equipped and Cafod supports a clinic set up by the Jesuit Refugee Service which has been co-opted into the national system to tackle the virus, and personal protection equipment has been provided. Cafod was already supporting the Church in challenging the government plans to privatise water which would push up its price and make it less accessible for poor communities. In Guatemala, Cafod supports community-based radio projects which provide virus information, an SOS service and information about food distribution.

In Brazil, Clare highlighted Cafod's support for the urban poor in Sao Paulo by funding women’s groups taking the lead in distributing food.

It is also working with rural groups, such as the Pastoral Land Commission, to link farmers to city dwellers needing their produce.

In Manaus, the largest city in Amazonas where the virus is causing mounting deaths, Archbishop Leonardo Steiner of Manaus is spearheading calls of bishops of the Amazon region to protect the poor and indigenous communities. Cafod is providing food and health resources to the most vulnerable families and measures to help indigenous tribal people protect themselves from the virus brought into their traditional lands by loggers and mining companies. “The urban poor are suffering the worst impacts of the virus through hunger and, in many countries such as Colombia and Bolivia, the crisis has brought human rights abuses” Clare reports.

Columban missionaries in Peru also report that food security is a huge problem in the barrios during the eighth week of lockdown. From Lima, Fr Ed O’Connell reports that while “the government’s response to the virus has been compassion and not repression” measures taken to help the poor have left many hungry.

“A lot of people not included in the censuses of 2013 and 2017 fell outside of the official lists and many of the municipalities have not had the capacity to distribute food stocks to the most needy”. Seventy per cent of the people get their income in the informal sector but have no work.

Around 42 per cent of Lima’s families are without an income and the most desperate are leaving Lima and walking back to their home towns: along the coast both north and south; up to the Andes mountains and some down the other side into the jungle. Columbans are supporting San Benito, a barrio on the northern side of Lima, helping 60 families with essentials who “have had no money and no work for seven weeks”. Fr Ed says, “it is a drop in the ocean but to those who do receive it it means everything”.  Meanwhile, there are rising numbers of virus infections, with hospitals already full, in a population already coping with TB, HIV, Dengue and Malaria.

Venezuela’s prolonged social, political and economic crisis has only been compounded by the coronavirus pandemic, the archbishop emeritus of Caracas, Cardinal Jorge Urosa Savino, said last week. While the cardinal acknowledged the lockdown has prevented the spread of the virus, he pointed out that “informal” workers are “barely surviving,” and only with “the help of family members, social organisations and the Church.” The cardinal felt the government has used the quarantine as an opportunity to strengthen its social and political control.

In South Africa, the government lockdown has been effectively observed, with support from religious leaders. Archbishop William Slattery, Emeritus of Pretoria, told The Tablet this week that informal settlements or ghettos around townships have faced greatest health risks with the virus and lockdown. “People are thrown together and it is hard to observe social distancing” he said; “and, yes, people are hungry and much of our work at the moment is trying to help them”.  He reported that, “mobile phones are being utilised to identify those in need of food parcels and there is an emergency fund to draw on”.

Bishop Kevin Dowling of Rustenburg told The Tablet that although there have been just over 100 deaths recorded in South Africa “until we ramp up very substantially the number of people being tested, we will not really know the extent of the infections in a country of 56 million people”. He warned that prevention strategies also highlight the reality of South Africa. “How can the millions of poor people who live in one-room shacks as in this Diocese be expected to maintain social distancing, stay at home, and wash their hands frequently when there is no readily available water?”

The social situation in South Africa is increasingly tense, especially “for both immigrants and South Africans living in townships", according to Scalabrinian missionary Fr Pablo Velasquez. “I receive messages almost every day from desperate immigrant workers, with nothing to eat, among them Mozambicans who are victims of exploitation here in South Africa" he reports. Hundreds came daily to the gates of his parish of St Patrick, south of Johannesburg, to get food parcels, despite the police trying to disperse them. Fr Pablo reports that “among the people queuing in front of the parish, many say "it is better to die of coronavirus than starvation".

Meanwhile, in neighbouring Zimbabwe, the coronavirus emergency exacerbates economic crisis. The government has sent the army to enforce lockdown but, according to Jesuit Fr Brian MacGarry, “forcing people working in the informal sector to stay at home means condemning them to death and I fear there will be riots to which law enforcement agencies will respond with violence". The health system is collapsing, with a lack of personal protective equipment for health staff. Archbishop Robert Ndlovu of Harare has announced that 55 Catholic health institutions have been offered to the government “for use in the fight against the pandemic”. In Bulawayo, ongoing drought has depleted reservoirs and some neighbourhoods are facing months cut off from the municipal water supply. Regular washing of hands is impossible in a city of two mission people, despite cases of infection.