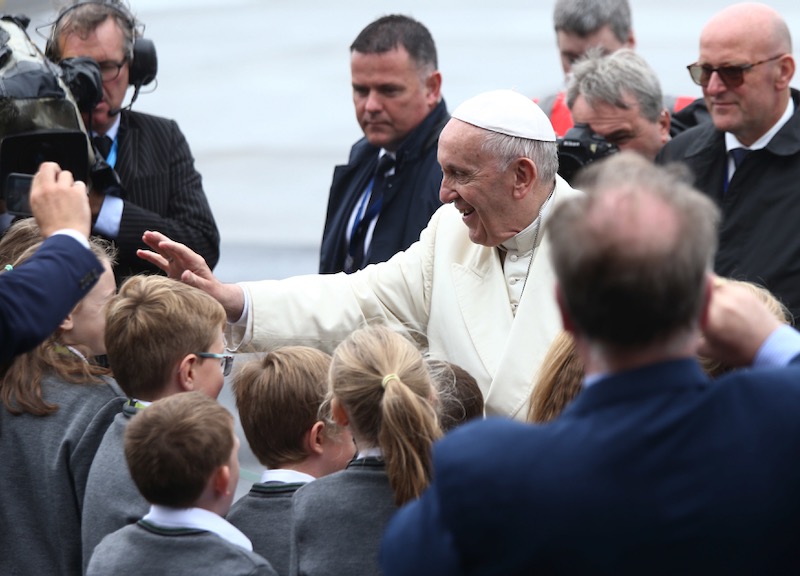 Archbishop urges pupils to 'hold on to hope' 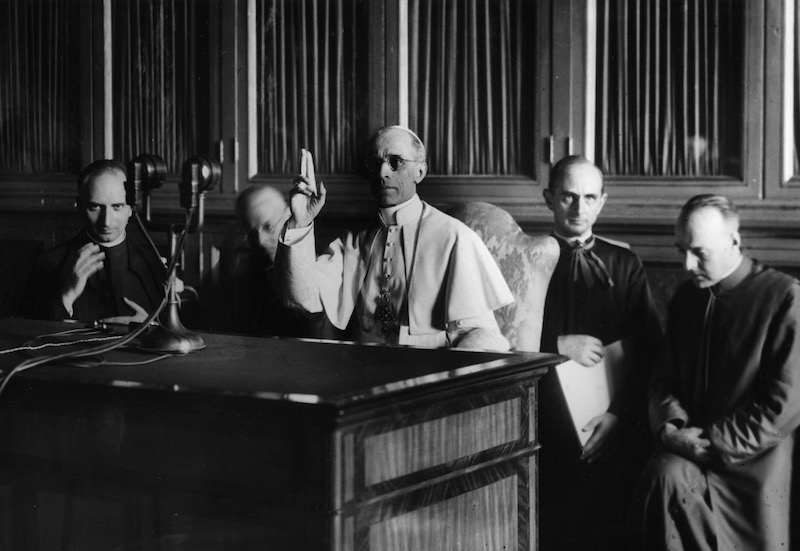 "This team has the advantage of having been to these archives, and we must face the truth calmly if some major new discovery is made," said Jan Zaryn, one of Poland's foremost church historians.

"But I've never personally encountered a situation in which 11 volumes of material, published over two decades, are suddenly countermanded by a single document, found after a few days' research."

Father Hubert Wolf, a professor at the University of Munster, Germany, said that, after an early March visit to the Vatican Apostolic Archives, his team had found proof that the Vatican knew of the Nazi mass killing of Jews but denied it to diplomats.

He told Catholic News Service his study was not meant to be exhaustive.

Zaryn said diplomatic sources had long confirmed that the pope, with Allied governments, had learned of the Holocaust by late 1942, adding that St Paul VI had agreed to publish wartime letters and documents from the archives early in order to "end the campaigns" against his predecessor.

"In his 1942 Christmas message, Pius XII condemned the mass murders; although he did this in his own language and didn't mention Germans and Jews by name, the message was censored by the Third Reich, since it was obvious what the pope was referring to," said Zaryn, a former senator and expert with Poland's National Remembrance Institute.

"When the Germans entered Italy and occupied Rome, it was clear that words of public condemnation would merely heighten dangers that the Vatican itself would be seized, compromising the rescue of Jews. This is confirmed by numerous documents," Zaryn said.

The director of the German Historical Institute in Rome, Martin Baumeister, also warned against "sensational reports," telling Germany's Catholic news agency, KNA, that any material would have to be "compared, checked and weighed to ensure the new knowledge is useful."

Father Wolf headed a team of seven from the University of Munster's theology faculty to the Vatican, after its Pius XII archive, containing at least 200,000 boxes with over 2 million documents, was opened to historians March 2 after nine years' preparation.

The archive was closed a few days later due to Italy's coronavirus pandemic, forcing the team to return home.

However, in an interview originally published online April 22 by Germany's Die Zeit weekly, Father Wolf said he had found evidence that Pope Pius read a US diplomat's report in September 1942, detailing the mass killing of Jews in Nazi-occupied Warsaw and Lviv, then in German-occupied Poland.

The information was corroborated by other letters.

Father Wolf added that the Vatican denied knowledge of the atrocities after a Secretariat of State staffer, Mgr Angelo Dell'Acqua, warned against believing reports from Jews and "Orientals," referring to Eastern Catholics, but said Dell'Acqua's memo had not been included in the 11 volumes later published to defend Pope Pius' reputation.

In an April 28 report, Religious News Service described Father Wolf as "an objective researcher and outspoken analyst", adding that his finding that the Vatican had hidden "these and other sensitive documents presumably to protect Pius' image" would embarrass the church when it was "still struggling with its cover-up of clerical sexual abuse".

The agency said the details were "a bit complicated," but added that Father Wolf's conclusions were "quite clear" and did not "look good for Pius or the Catholic Church."

In a written interview with Catholic News Service, Father Wolf said media coverage could not "replace a comprehensive academic presentation," but he added that the RNS story, reprinted by newspapers worldwide, had "correctly portrayed the very complex facts."

He added that his research team had consulted around 120 of the Vatican's 400,000 document boxes on Pius XII during its weeklong March visit, but had also earlier worked "in close cooperation with the archives."

In December, the team completed an online edition of the then-Archbishop Eugenio Pacelli's reports to Rome as apostolic nuncio to Germany in the 1930s.

Father Wolf told CNS that in preparation for the Rome trip, the team had prepared a "precise list of questions" covering the Holocaust and Vatican involvement in fugitive Nazis' postwar "rat lines" to Latin America, as well as Pope Pius' anti-communism and nonrecognition of the state of Israel.

Our aim was to show that not all questions about Pius XII are answered yet," he said. "Every single document that has now been made accessible must be examined to arrive at an overall picture that does justice to the pope and above all to the victims."

The German professor said his team had so far only conducted "test drillings according to a precise excavation plan," and still awaited "an overall idea of the holdings in the various archives."

"The opening of the archival holdings pertaining to the pontificate of Pius XII is a first and pivotal step in this direction. Francis, like his predecessors, has stressed he does not fear the truth coming from history."

Meanwhile, the Times of Israel said April 30 that defenders of Pope Pius had noted he was "a former diplomat trained in prudence, anxious to remain neutral in time of war," whose church had hidden around 4,000 Jews in its Roman institutions during the war.

However, the daily added that Jewish groups had long argued the Vatican had "no business moving forward with Pius' beatification cause," launched in 1965, until the Vatican's archives were fully opened and Holocaust survivors had died.

The actions of Pope Pius, who served from March 1939 until his death in October 1958, have long been a source of controversy and are believed the reason for an order by Pope Benedict XVI to open the archive, which would otherwise have remained closed until October 2027.