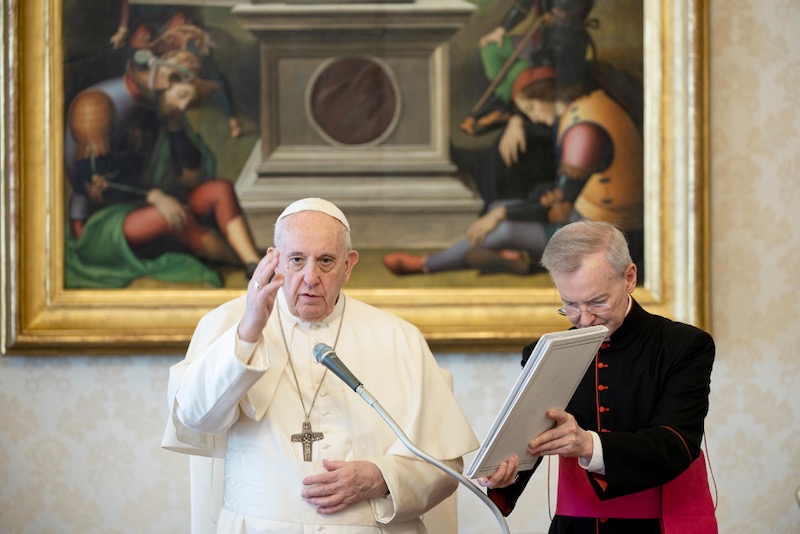 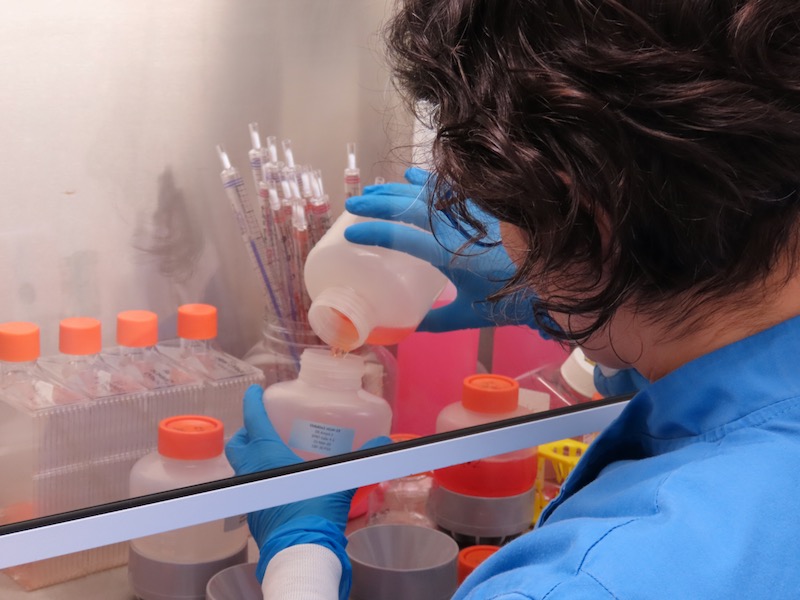 A scientist working on the team developing the ChAdOx1 nCoV-19 vaccine pours fluids at the Clinical Biomanufacturing Facility in Oxford.
CNS/Sean Elias, handout via Reuters

There is "no absolute duty" to boycott any Covid-19 vaccine produced with the help of cells derived from aborted foetuses, said a researcher from a Catholic bioethics institute.

Scientists from the University of Oxford, England, are conducting human trials of a possible vaccine against the coronavirus in the hope that it could be made ready for use by September.

But because researchers had used cell lines from a foetus aborted in 1972, the vaccine could present an ethical dilemma for Catholics and others opposed to abortion, said Helen Watt, a senior research fellow with the Anscombe Bioethics Centre, Oxford.

In a briefing paper, she said that it was not always wrong to use vaccines produced via cell lines obtained in this way.

"Boycotting a Covid-19 vaccine in the absence of an alternative is a serious action that should be carefully considered because of its potentially grave risks both for the person and for others," she said in the paper published on the website of the centre, which serves the Catholic Church in the United Kingdom and Ireland.

She said its use was a matter of individual conscience for Catholics, although they should strive to obtain alternative vaccines, made without foetal cells, once such vaccines arrive on the market.

"The moral onus is certainly on the person to do this as a witness to the value of human life and life-respecting research," she said.

"Boycotts are often rightly regarded simply as a means of achieving change by highlighting abuses," she added, though "some will feel, whether rightly or wrongly, called to a boycott even if no alternative vaccine is available to them."

When judging the researchers, Watt continued, it was important to remember that "we walk in Rome on paving laid by slaves ... we live in countries that our ancestors unjustly invaded."