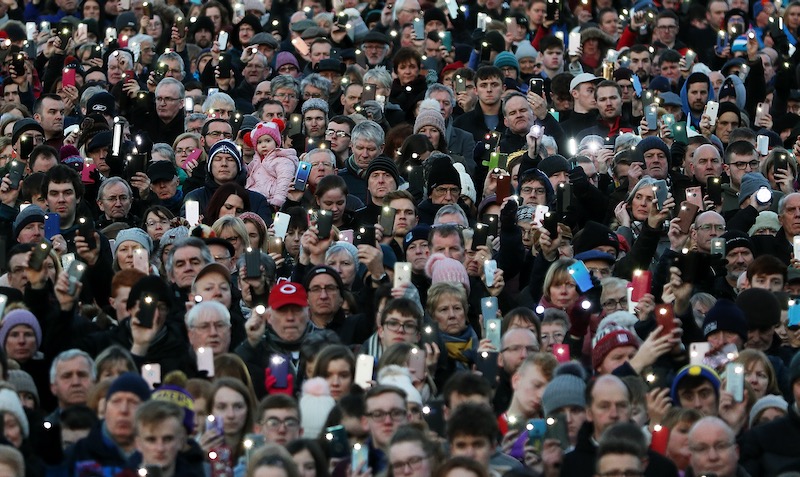 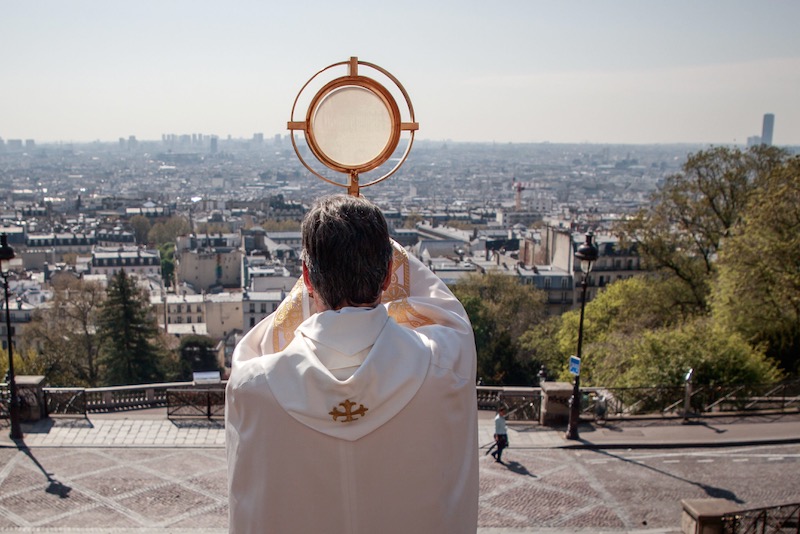 The Archbishop of Paris, Mgr Aupetit, pictured here at Montmartre during lockdown, is furious with police.
Christophe Petit Tesson/Maxppp/PA Images

Church-State strains have emerged in France as Catholics grow impatient with the coronavirus lockdown but the government thinks religious services must remain suspended until at least June.

France has set 11 May as the start for the déconfinement, or relaxing of its strict lockdown. When Prime Minister Edouard Philippe consulted religious leaders in preparation, the French bishops’ conference said restarting public Masses was a top priority.

They would naturally respect rules such as social distancing, wearing masks and taking precautions at Communion, they added. This might mean churches could allow one-third to one-half of a normal congregation for each Mass.

The next day, President Emmanuel Macron told religious leaders in a video conference the government would not allow regular religious services until mid-June.

Holding their spring plenary by video on 24 April, the bishops again stressed their hope to reopen churches soon: “The bishops of France repeat how essential it seems to them that church life can regain its fully community character at the same rate as the educational, social and economic life of our country from May 11, 2020.”

Mosques will remain closed until sometime after the end of Ramadan, around 23 May. "The 11 May date should not mislead the faithful into thinking that places of worship could reopen then,” French Muslim Council head Mohammed Moussaoui said.

Amid this uncertainty, three armed police entered a central Paris church to break up a Sunday Mass broadcast for parishioners. Only seven people were there, well within limits for such closed celebrations. The police were persuaded to leave, the service continued and no fine was imposed.

In an unusually strong statement, Paris Archbishop Michel Aupetit said the police action recalled the wartime German occupation. "Armed police entered the church, but there is a formal ban on armed police entering a church. There were no terrorists there,” Aupetit complained.

“We have to keep a cool head and stop this circus. If not, we'll speak out and, if we’re confined, bark very loudly," he said on the archdiocese’s Radio Notre Dame.