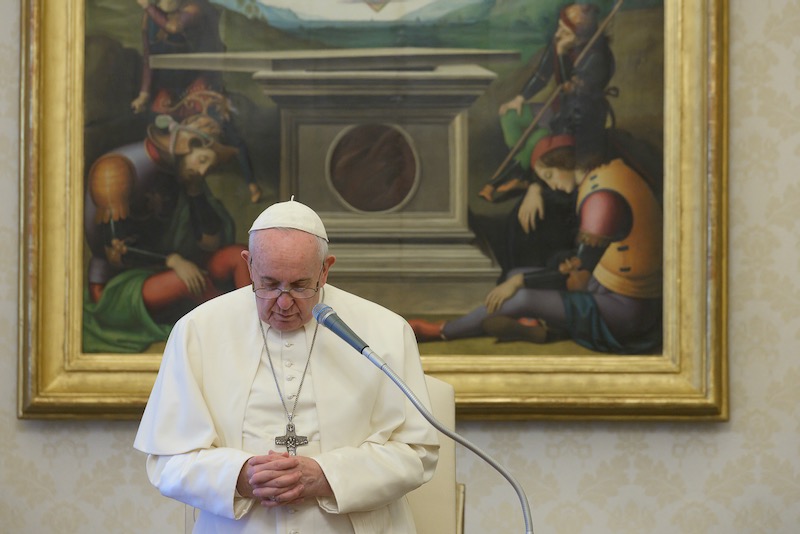 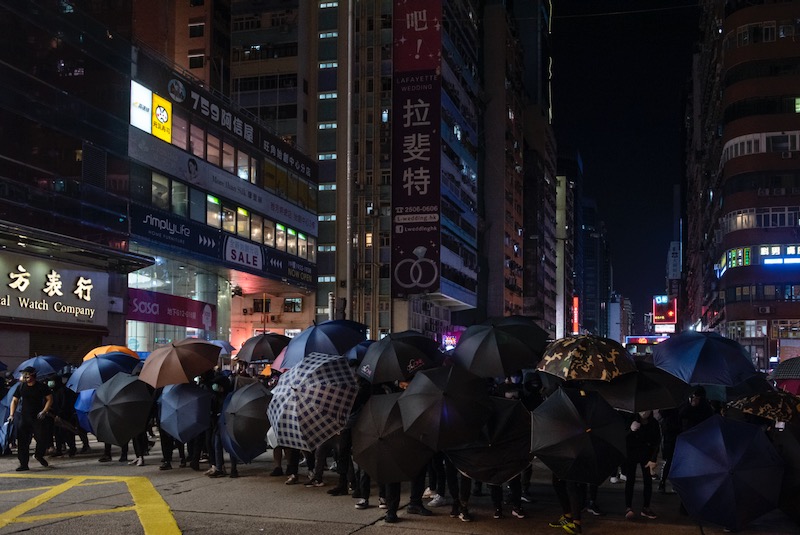 Protesters shielding themselves with umbrellas during a demonstration when protests resumed at the end of Feb.
SOPA Images/SIPA USA/PA Images

In arrests promoted by the Communist Party in Beijing, all of those detained were accused of “organising and participating in unlawful assemblies” on 18 August and 1 October 2019.

Since June 2019, protests were held every weekend in Hong Kong calling for a proposed extradition bill, allowing accused Hong Kong citizens to be sent to mainland China for trial, to be scrapped.

Eventually the rallies began to demand full democracy for the territory and guarantees for Hong Kong’s way of life, on the basis of the principle of “one country, two systems” that was established after the 1997 handover of the territory by Britain.

On 24 November 2019, three million voters handed a historic 326-seat landslide to democratic candidates in Hong Kong council elections, with only 62 seats taken by pro-Beijing candidates. The lockdown associated with the global Covid-19 pandemic ended the protests and has now apparently provided cover for the arrests.

Pro-democracy lawmaker Claudia Mo said the arrests mark the start of a “reign of terror” while the diocesan Justice and Peace Commission, according to AsiaNews, said the arrests were “obviously political persecution”. According to Mo, the government is terrified that the opposition might win a majority in the next legislative elections in September.

With regard to the pretexts for the arrests, police had authorised a rally on 18 August in Victoria Park, but the presence of 1.7 million people spilled over into nearby streets and squares. For the police, this was illegal. The demonstration on 1 October had not been allowed and for this reason has been deemed a riot.

Aside from the mass arrests and increasing declarations about China’s “supervisory” role over the city, Chinese officials in Hong Kong, including Luo Huining, have called for improved “national security education” in Hong Kong and the passage of a national security law that would toughen prosecutorial powers to help prevent protests.

Chinese officials have consistently framed the protests as an extremist uprising stoked by the United States and directed on the ground by some of the activists arrested by Hong Kong police over the weekend.

Beijing said on Tuesday that it “fully supported” the arrests of figures who had been involved in illegal assembly and “extreme violence.” The Chinese cabinet’s Hong Kong and Macao Affairs Office charged that US support for the protesters amounted to a “political conspiracy” and a “reckless trampling of human rights and rule of law in Hong Kong.” The US, Britain and Australia have condemned the arrests.

Shortly after being released on Saturday, Martin Lee said he was “proud to be listed as a defendant, after seeing so many brilliant young people arrested”.“I feel relieved,” he said. “After months of witnessing youths being arrested and prosecuted while I stayed out of it, I eventually felt guilty. I have been eventually prosecuted and I have no regrets, I am proud to walk the road of democracy.”

Lee is a friend of Cardinal Joseph Zen, who has been consistently forthright in his condemnation of the Vatican’s accommodation with Beijing that led to the still unpublished agreement of September 2018.

Meanwhile the Diocese of Shanghai has cancelled all pilgrimages in May, including the popular feast day of Mary Help of Christians on 24 May, due to the coronavirus pandemic. The Sheshan shrine, located to the west of Shanghai, is China’s national Marian shrine, and on 24 May hundreds of thousands of Chinese Catholics travel to Sheshan on pilgrimage. The decision was agreed with the local authorities and even small groups or individual pilgrims will not be accepted.

With his 2007 Letter to Chinese Catholics, Benedict XVI chose 24 May as the World Day of Prayer for the Church in China to ask Our Lady of Sheshan for strength in the face of persecution, unity among Catholic communities, and commitment to the good of Chinese society. Since 2008, the Shanghai Religious Affairs Office and the Chinese Patriotic Catholic Association have tried to make it harder for Chinese Catholics to visit Sheshan. In mid-May last year, Bishop Thaddeus Ma Daqin of Shanghai posted prayers from house arrest for the Feast of Mary Help of Christians.

The Covid-19 outbreak began in Wuhan in China’s Hubei province at the end of last year. Since 23 January, when China first declared an emergency, all churches have been closed.