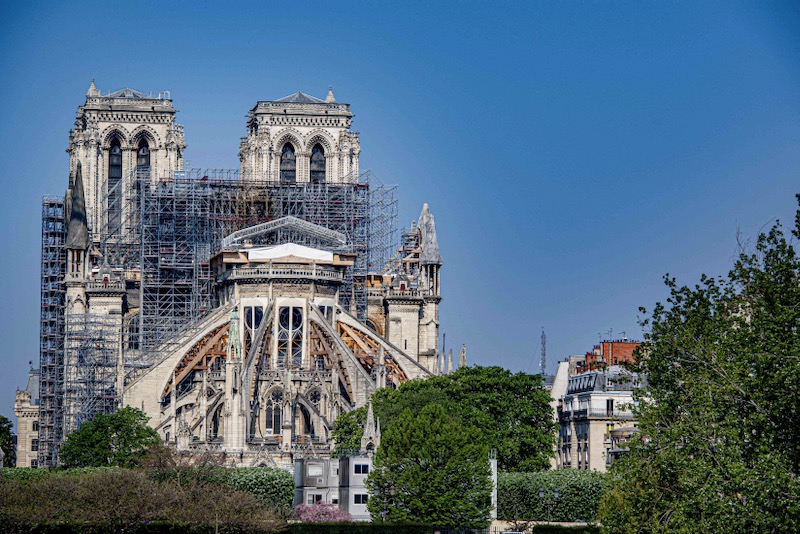 Macron pledges he will still rebuild Notre Dame by 2024 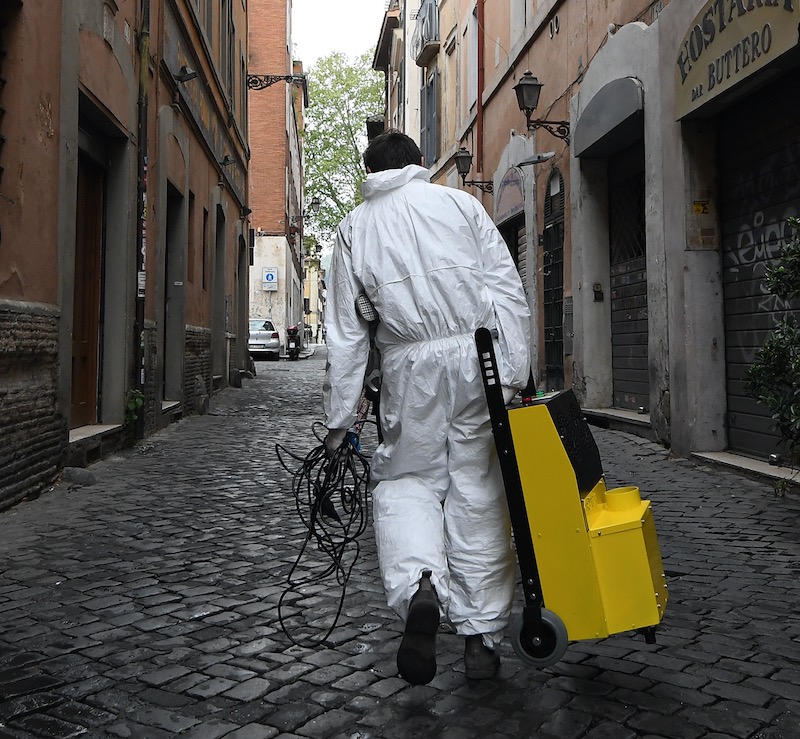 Preparing to clean a building in Rome as the virus claimed another 602 lives in Italy on 14 April.
Cheng Tingting/Xinhua News Agency/PA Images

The Holy See has established a task force to mobilise the Church’s response to Covid-19 and deal with the aftermath of the pandemic.

Cardinal Peter Turkson, the lead Vatican official on social justice matters, says he has already established a central “command centre” and five working groups, after Pope Francis last month asked his department to lead the Church's response to the Coronavirus.

The 71-year-old Ghanian prelate is saying the world risks a “social crisis” if the economic crisis caused by Covid-19 is not “dealt with immediately”. Forecasts from the International Monetary Fund for 2020 suggest a 3 per cent drop in the global gross domestic product, with an economic decline be worse than the Great Depression of the 1930s.

“We must act now. And we must immediately think about what will happen next,” Cardinal Turkson, Prefect of the Dicastery for Promoting Integral Human Development, told Vatican news.

“The Pope is convinced that we are living through an epochal change, and he is reflecting on what will follow the crisis, on the economic and social consequences of the pandemic, on what we will have to face, and above all on how the Church can offer itself as a safe point of reference to the world lost in the face of an unexpected event.”

The Vatican says the commission will report directly to the Pope while the body has already met him twice to discuss plans.

Francis has given the dicastery a two-fold task of coordinating the Church’s immediate response to the crisis and looking to what happens next.

“We must offer our contribution in this crisis. It is a matter of putting actions in place to support the local Churches, to save lives, to help the poorest,” the cardinal said.

The five working groups are focussing on the following areas. The first is working with the Church’s global network on the ground to work on responding to the crisis and ascertain where assistance is needed. Caritas (the Church’s charitable arm), papal ambassadors and bishops conferences have been asked to report issues that require immediate actions.

The second, is looking to “connect the best minds in the areas of ecology, economy, health, and public security” to work out what the post-Covid19 world will look like.

The third is focussed on communications; the fourth on working with other countries and the fifth on finding the necessary funds by “promoting a virtuous movement of wealth.”

Cardinal Turkson says the response demands “prophecy and creativity” and will involve a variety of Holy See departments and is working with Georgetown University, in Washington DC, USA, Potsdam University, Germany the Catholic University of the Sacred Heart in Milan, and the World Resources Institute.

“The team is at the service of the Pope and the [local] churches,” he explained. “Our mission is not to replace the action of the local Churches, but to help them and be helped by them. We are at the service of one another. We would not understand the time we live in if we were to do otherwise. But it is in this way above all that the Church manifests her universality”.

In a recent interview, published by The Tablet, Francis said the aftermath of Covid-19 has "already begun to be revealed as tragic and painful, which is why we must be thinking about it now.”

He added: “My major concern – at least what comes through my prayer – is how to accompany and be closer to the people of God…I’m living this as a time of great uncertainty. It’s a time for inventing, for creativity.”

Francis has already proposed a “universal basic wage” as a way to respond to the crisis, warned companies not to use Covid-19 as an excuse to lay off employees and says loan sharks are likely to exploit Coronavirus induced financial misery.