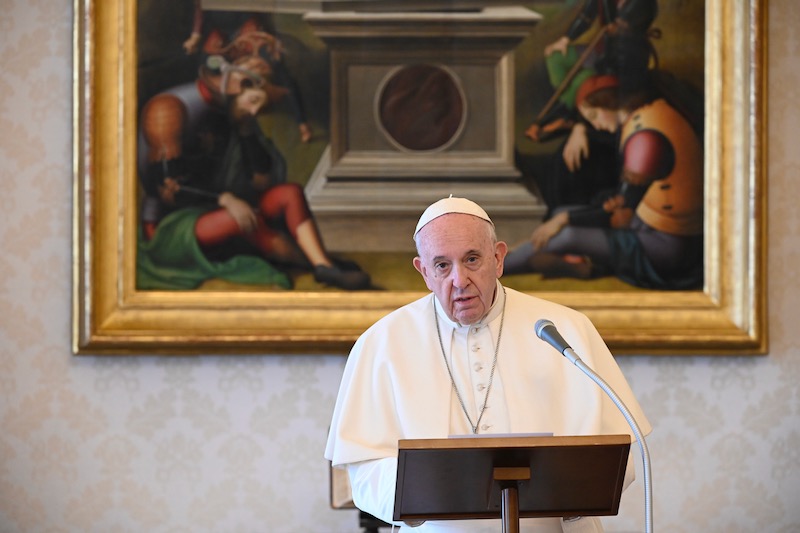 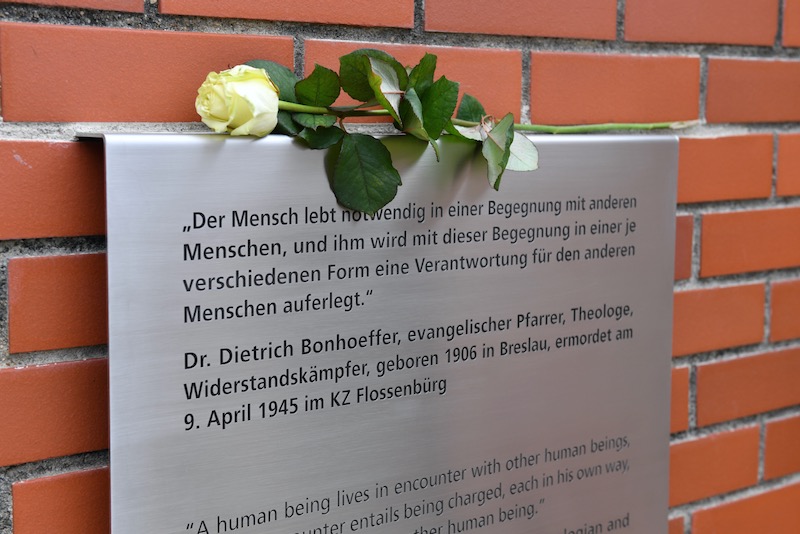 A rose lies on a commemorative plaque for Dietrich Bonhoeffer on the day of a commemoration of the 74th anniversary (last year) of the liberation of the former Nazi concentration camp Buchenwald.
Martin Schutt/DPA/PA Images

Bonhoeffer was a “role model of true humanity in the spirit of Jesus Christ”  and a “martyr of the whole of Christianity”, the former Prefect of the Congregation for the Doctrine of the Faith, Cardinal Gerhard Müller, told KNA on the 75th anniversary of Bonhoeffer’s death.

The German Lutheran Pastor Dietrich Bonhoeffer was hanged in the Flossenbürg concentration camp for his staunch resistance to Nazi dictatorship on 9 April 1945 just three weeks before the Nazi regime collapsed.

Bonhoeffer had played an important ecumenical role during the “ant-ichristian persecution” of the Church under National Socialism, Müller recalled, when Catholic and Protestant lay believers and priests had got together to bear witness to the truth and to defend human dignity.

Bonhoeffer had also left an important message for Europe, the cardinal said. He had protested against “inhuman ideologies, national egoism, imperialist plans and the undermining of the judicial system”, Müller recalled.

It had taken a long time before both the Church and society had recognised Bonhoeffer as a Christian martyr. For years after the Second World War society had preferred to “neutralise” him solely as a political victim of the NS-regime.

Bonhoeffer had, however, taken a stand and put up a fight against the state’s attacks on the Churches, Müller recalled and warned in this connection against a tendency to “thought control” that was beginning to establish itself in Europe at the moment.

Bonhoeffer had not participated in party politics, Müller said. The Church is “not a state- neither is it a state within a state”. In the so-called Third Reich it had fought against “totally immoral criminals who had risen from hell – that is why Dietrich Bonhoeffer is a role model of humanity in the spirit of Jesus Christ”, he emphasised.