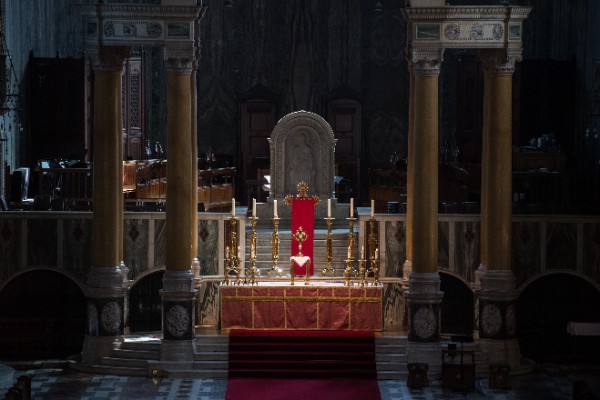 When Easter Sunday in Sri Lanka turned into Good Friday 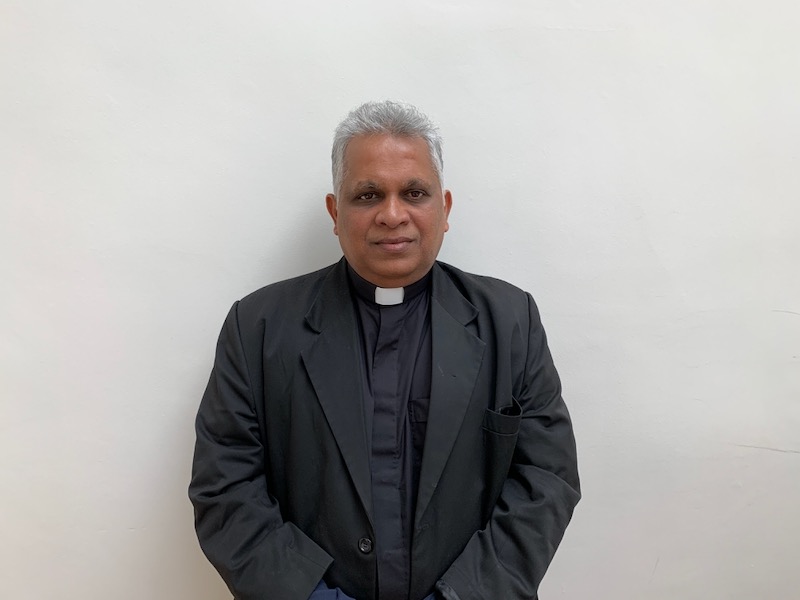 As believers gathered last Easter in Colombo, Sri Lanka to celebrate the high point of the Christian calendar, suicide bombers attacked three churches, two of them Catholic. At least 500 were injured and 259 died in the blasts which included hotels and a housing complex.

In the midst of the wreckage, a bloodstained statue of Jesus holding his hand aloft emerged as a symbol of the tragic events and of a Christian community under attack. But how has the local Church tried to recover over the last twelve months?

I talked to Fr Jude Raj Fernando, the Rector of the Shrine of St Anthony, Kochchikade, a suburb of Colombo, which was one of the churches attacked on 21 April 2019.

During the Covid-19 pandemic, when many are anxious about how they will come through, his story is a reminder of the power of faith when faced by tragedy.

Fr Jude miraculously escaped with his own life during the bombings: in the morning of the blast, he was sitting in his office which adjoined the Church, saying his prayers before going up to the altar and help with the distribution of communion.

But for an inexplicable reason, he decided to sit down and turn to the wall just as the bomb went off. Investigators later told him the if he hadn’t taken the action of turning away just at the moment the blast took place he would have died.

“They said: ‘my God, He saved you’. I asked ‘why?’ They showed me the iron balls all spread in my room, ‘Father, this is enough to take your life’.”

The damage to the shrine could have been worse had a second bomb planted by the suicide bomber in a car outside the shrine gone off. Fr Jude also sees this is a miracle.

The 47-year-old priest has experience in dealing with the aftermath of tragedy. As a former director of Caritas Colombo from 2006-2013 he helped with rebuilding peoples’ lives after the devastation of the 2004 tsunami which killed more than 30,000 people. Fr Jude was involved in helping build more than 2,000 houses for those who lost homes.

Following the Easter Sunday attacks, the Archdiocese of Colombo, with the help of the government, has tried to implement a relief and reconstruction programme. The Cardinal Archbishop of Colombo, Malcolm Ranjith has driven this project forward and has been applauded for his leadership in the aftermath of the bombings.

Fr Jude says the cardinal helped to “calm the country” in the aftermath of the bombs describing his archbishop as “a man of prayer” who “is highly respected by politicians.”

A five-point programme, led by priests, laity, Caritas and counselling professionals has been put in place. This includes a “faith accompaniment” journey to help those who had undergone “a loss of faith” after the church attacks; a walk-in counselling centre for victims; financial support for those families who had lost their breadwinner; the awarding of 324 scholarships for children who lost parents in the attacks and the building of new houses for victims.

“The Church doors were open to welcome them,” Fr Jude explains.

Despite the Easter Sunday attacks being carried out by suicide bombers from Islamist groups, the rector of the shrine refuses to become embroiled in attempts to divide Christians against Muslims, or any other religious community.

“Our faith is stronger than their bombs,” Fr Jude says. “My first words which came out after the blast were: ‘father forgive them, they do not know what they do’.”

The 19th-century shrine, based in the Archdiocese of Colombo welcomes all faiths and is a national centre of prayer. It was built by a priest from southern India who secretly practised Catholicism during the Dutch colonial era. In the aftermath of the bombing became a symbol of hope for the country.

“Even now, I see Muslim brothers walk into the Church, Buddhist brethren, Hindus. 40 per cent of the people coming to the Church are not Catholics,” he explains.

“If you look at the community where I am, in front of my Church there are Hindus, Muslims, Tamils, Singalese. My church is an icon where we have all the languages.

Investigations and commissions are ongoing into who carried out the attacks but there is frustration at the slow progress. Cardinal Ranjith said in February that the people have a “right to know” about who was behind the attacks, which analysts believe required significant resources and planning.

“You have to sort it out delicately. But the Church, from our side, we are insisting that justice needs to be done.”

Is he worried about future attacks? Sri Lanka still has fresh memories of its 26-year civil war and inter-religious violence.

“I am not afraid to die,” he says. “In general there is calm, there will always be a community of extremists who want to create things. The majority want peace and respect each other, ” he says.

Covid-19 will make Easter very different for millions this year, with public liturgies suspended and churches closed. Fr Jude stresses that it is his strong devotional life that has helped him through the last twelve months.

“I am still strong because of my faith: Mass, rosary, visits to the blessed sacrament,” he says. “I will fight until the end. I won’t give up”.