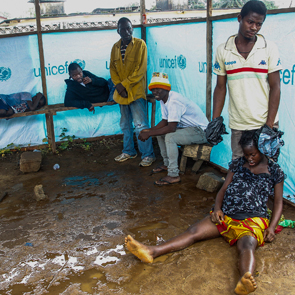 Peer condemns lack of women at Synod on the Family

A senior Catholic peer has criticised the Synod on the Family for excluding women and called for greater equality in Church decision-making.

Crossbencher Baroness Nuala O’Loan told The Tablet she was disappointed that out of a total of 253 participants at the Extraordinary Synod on the Family, which opened in Rome on 5 October, just 13 were married couples.
The couples are among the group of “auditors” who address the synod but do not have a vote, a right restricted to the 192 Synod Fathers.

Baroness O’Loan pointed out that female participants could only play a limited role as observers and called for them to be allowed to make a greater contribution when the synod meets a second time next year.

“Women can’t be priests, they can’t be deacons, and they can’t be bishops but they have got useful things to say, and as the conversation develops I do think it would be useful if they were permitted to contribute,” she said.

She added that Synod Fathers “need to think about how they assimilate views and formulate decisions and ask themselves are they able to access the most recent and most informative views they can”.

Her views appeared to be echoed by Archbishop Diarmuid Martin of Dublin in his contribution to the synod when he told participants that listening and consulting married couples was “not simply an option which we take up on special occasions”.

“What I am saying is that the lived experience and struggle of spouses can help find more effective ways of expression of the fundamental elements of Church teaching,” he said.
The archbishop said many men and women, without making explicit reference to the teaching of the Church, actually live out the value of marital fidelity day by day, at times heroically.

“They would hardly recognise their own experience in the way we present the ideals of married life. Indeed many in genuine humility would probably feel that they are living a life which is distant from the ideal of marriage as presented by Church teaching,” he said.

In her address to a conference hosted by The Irish Catholic newspaper and the aid agency Trócaire in Dublin last weekend, Baroness O’Loan, in the presence of the Papal Nuncio, Archbishop Charles Brown, also called on the Church to consider ordaining women deacons.

The Irish Independent reported her as saying: “We need a discussion as to why we can’t, because that would take us to a place where we would want to think about how we do. It is an issue that we need to talk about soon.”

Referring to the need for more women to be involved in decision-making roles in the Church, Baroness O’Loan, who was formerly the first Police Ombudsman in Northern Ireland and currently heads the governing authority of the National University of Ireland, Maynooth, said the problem lies in the fact that at present, decision-making in the Church is reserved to those who are ordained.

She said the reality is that most of the Vatican congregations, councils and universities have no women members on their decision-making boards and she called for the introduction of membership targets for some of these organisations “to focus minds and to address what is a very serious problem of lack of equality”.