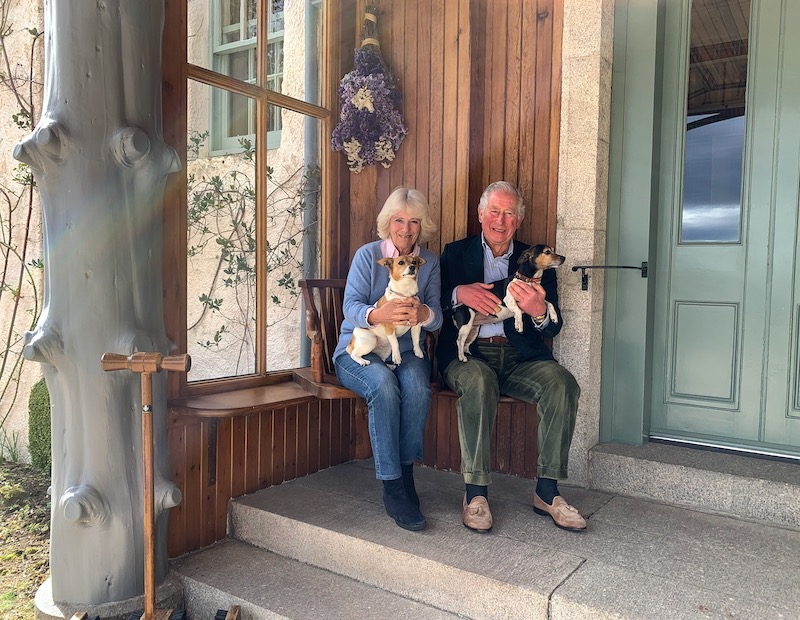 BBC takes Church to the people at Easter 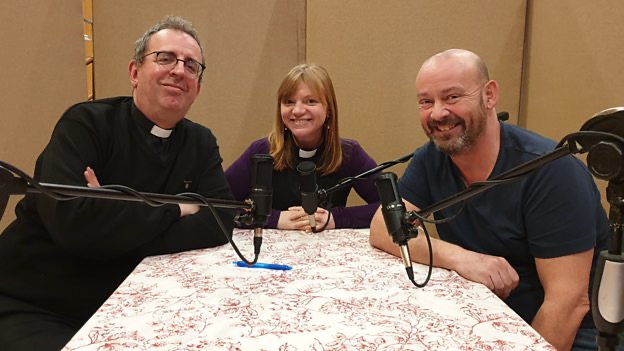 The BBC today unveiled its full schedule for the rest of Holy Week, Easter and beyond, showing extensive planning to support and represent faith communities during what the corporation described as "unprecedented times".

With public worship curtailed and social distancing introduced, the BBC is is offering live worship, virtual church services and new content as well as familiar programmes such as Songs of Praise on BBC One and Sunday Worship and Thought for the Day on BBC Radio 4.

There is also special content for Passover which began last night and continues until next Thursday.

Further festivals from different faiths will be marked in the coming weeks, including Vaisakhi, Ramadan, Eid, Vesak Day and Hindu reflections during May, with a range of content across television, radio and digital.

Newly commissioned programmes include a new series for BBC One, Sunday Stories of Us, which will shine a light on faith and spirituality from a variety of perspectives, and new programmes marking Ramadan.

These include My Mate's a Muslim on BBC Three and A Very Different Ramadan on BBC Radio 4.

Presenters including Mim Shaikh and Mehreen Baig have recorded Ramadan Lockdown Diaries which will feature across the BBC and Asian Network’s YouTube, Facebook and Instagram accounts.

In addition, there will be special items on BBC Breakfast, The One Show, BBC News, Saturday Kitchen, Daily Kitchen and Newsround plus guests from a range of different faiths across BBC Radio networks, all aimed at representing a variety of faiths across BBC content.

Daisy Scalchi, Commissioning Editor, BBC Factual, said: “We remain passionate about representing a variety of faiths in both worship and celebration, especially during the current crisis. Communities of all faiths and none are finding ways to come together, without being able to get together, and we aim to reflect that in our offering across multiple platforms over the coming weeks.”

Christine Morgan, Head of Radio, Religion and Ethics, said: “In these unprecedented times music, worship, conversation and the lived experience of faith communities will be more important than ever. Unusually over the next few weeks the festivals of several faith traditions coincide.

"We will provide programmes to serve those who aren’t able to gather in their places of worship, those who rely on the breadth of our religious programmes and those who may be looking for them for the first time.”

There is also a wide range of other religious festivals coming up, such as Vaisakhi, Eid, and Vesak Day, with special coverage planned.

Martin Bashir will be reporting on the key religious festivals across BBC News and BBC Food will feature a range of festival-related recipes which can also be found on the BBC Homepage.

There will be new digital content on the BBC’s social media accounts with Love Island's Eyal Booker looking into Seder, Passover and the importance of the celebration in Eyal’s Passover Lockdown.

Manchester-based Raees Mahmood Khan hears three very different stories about the serious dilemma Covid-19 presents for Muslims at a time that is supposed to be all about community.

BBC Three is enlisting some high-profile young Muslims in My Mate's a Muslim to set a unique lockdown challenge for their non-Muslim friends as they persuade them to join in with the fasting tradition of Ramadan and experience one of the world’s biggest and most significant cultural moments of the year. Non-Muslims will be mentored, coaxed and cajoled by their practising friends to take part in not eating or drinking from sunrise to sunset with all the highs and lows caught on camera.

A series of new Sunday Worship church services are being shown on BBC One aimed at providing a place for the nation to come together in worship and prayer at a time when churches are closed.

The services will come from Bangor, Hereford, Pembrokeshire and Manchester and will bring prayer, readings and sermons, along with previously recorded congregational hymns, to the country.

These will reflect the key Christian moments coming up over the coming weeks. A newly-commissioned series for BBC One, Sunday Stories of Us (a working title) will bring together interviews and features from The One Show and Sunday Morning Live, aimed at shining a light on faith and spirituality from a variety of perspectives.

BBC One will be broadcasting Pope Francis’s Easter Message and Blessing, Urbi et Orbi, live from Rome on Easter Sunday.

The Daily Service on BBC Radio 4 will broadcast a mix of traditional and more meditative services each weekday. Reflecting the events of the times, they will offer a range of Easter words and music for all denominations, as well as company for those listening alone.

As outside broadcasts become very difficult to achieve with travel restrictions and distancing, Sunday Worship on Radio 4 will continue as a specially compiled studio service recorded close to transmission to reflect the immediacy of events.

On Easter Day the Archbishop of Canterbury will speak to the nation as part of Radio 4’s Easter Sunday Worship which will also include an intimate communion service with his wife from the Archbishop’s own kitchen in Lambeth Palace.

Full of the best loved Easter music the service closes with a special version of “Thine Be The Glory”, recorded by a Singalong with a virtual congregation of over 150 radio listeners.

The multi-faith strand Prayer for the Day will continue to broadcast a range of contributors from the Christian churches and those from other world faiths.

In the Good Friday Meditation, Baptist Minister Richard Littledale presents a personal reflection for Good Friday as someone forced to self-isolate during the Coronavirus crisis. He considers why Christians see beauty and love in the Cross.

Later that day, on BBC Radio 2 ,At The Foot of the Cross presented by Dan Walker brings together Soul Sanctuary Gospel Choir and Euphony Voices for a rich mix of spiritual and traditional music as part of a dramatic retelling of the events of Good Friday written and narrated by Frank Cotterrell-Boyce.

BBC Radio 4 will celebrate the start of Easter morning with a Sunrise Service with award winning gospel group Volney Morgan and New Ye. Members of the BBC Singers, accompanied by Paul Plummer, are bringing listeners a Mini St Matthew Passion - recording in audio and video, an 11-movement, 30’ reduced version of the St Matthew Passion, including three chorales and a number of the best loved arias and recits.

The same evening there’s a chance to hear Bach’s complete work in Radio 3 in Concert. Captured at the 2014 BBC Proms with the Berlin Philharmonic conducted by Sir Simon Rattle, the starry line-up of soloists is led by Mark Padmore, Christina Gerhaher, Camilla Tilling and Magdelena Kožená.

Earlier in Afternoon Concert, Radio 3 broadcasts a performance of Bach’s St John Passion with the BBC National Orchestra of Wales conducted by John Butt. Local radio is continuing with virtual church services on Sundays broadcast to all 39 stations at 8am.

These have already been led by the Archbishop of Canterbury at Lambeth Palace and from the superintendent minister at Methodist Church Central Hall in Westminster.

The Good Friday service will be led by Tony Miles, of the Methodist Central Hall Westminster, at 3pm on digital radio. The service on Easter Sunday will be led by the head of the Catholic church, Cardinal Vincent Nichols. A new series, Faith During the Coronavirus will broadcast at 6:45 and 7:45 each Sunday morning on 14 local radio stations.

It will hear the thoughts of two people from non-Christian faiths about how their beliefs are helping them come through the challenges of the pandemic. Listeners will then be invited to share their own stories.

BBC Radio Cymru and BBC Radio Wales will be maintaining their commitment to religious programming, using Skype to enable celebrants to hold virtual faith gatherings. On BBC Radio Wales, the Good Friday Meditation will be presented by the Archbishop of Wales, the Most Rev John Davies and on BBC Radio Cymru, Alwyn Humphreys and Heledd Cynwal will celebrate music inspired by the Holy Week in an uplifting two hour programme, Cerddoriaeth yr Wythnos Fawr.

BBC Scotland is showing a new weekly faith service every Sunday morning on TV – Reflections at The Quay – in addition to their regular weekend religious programmes on Radio Scotland, New Every Sunday and Sunday Morning with Cathy MacDonald.

For Easter Sunday, Reflections will be presented by Moderator of the General Assembly of The Church of Scotland the Right Reverend Colin Sinclair and Archbishop Leo Cushley of St. Andrews and Edinburgh.

On BBC ALBA, Easter Alleluia sees Rev Donald M MacInnes and Father Seamus McNeil deliver a selection of hymns, psalms and readings. In addition the series of archive services Ar N-Aran Laitheil (Our Daily Bread) continue for the next eight weeks. On Radio Nan Gaidheal, the documentary Stations of the Cross goes out at midday on Good Friday while on Sunday Deanamaid Adhradh (Let's Worship) will broadcast a special Easter service at 9am and 3pm.

Sunday Sequence will continue to feature interviews and discussions about what’s happening in the news from a religious and ethical perspective. And Sounds Sacred will combine hymns, religious music and listener requests at teatime on Sundays with Richard Yarr. O

ther Key Programming Across The BBC BBC One’s flagship religious series, Songs of Praise, is adapting to the Covid-19 crisis. Over a period of 14 weeks the programme will show refreshed episodes looking at some of the most relevant moments from previous series, introduced with new links from the core Songs of Praise presenters. These episodes will also feature new interviews to reflect the current situation, such as with the next Archbishop of York, Stephen Cottrell interviewed by Aled Jones and now available on BBC iPlayer.

Other new religion series transmitting over the Easter period are Heavenly Gardens with Alexander Armstrong and the concluding episode of the new series of Pilgrimage: The Road To Istanbul on Good Friday.

Cbeebies have commissioned a new series of My First documentaries featuring children as they learn, discover and experience things for the first time, including the key festivals of their faith.

The Tablet has a list of resources at this time, for Catholics and all Christians on our special coronavirus help page, Isolated but not Alone.