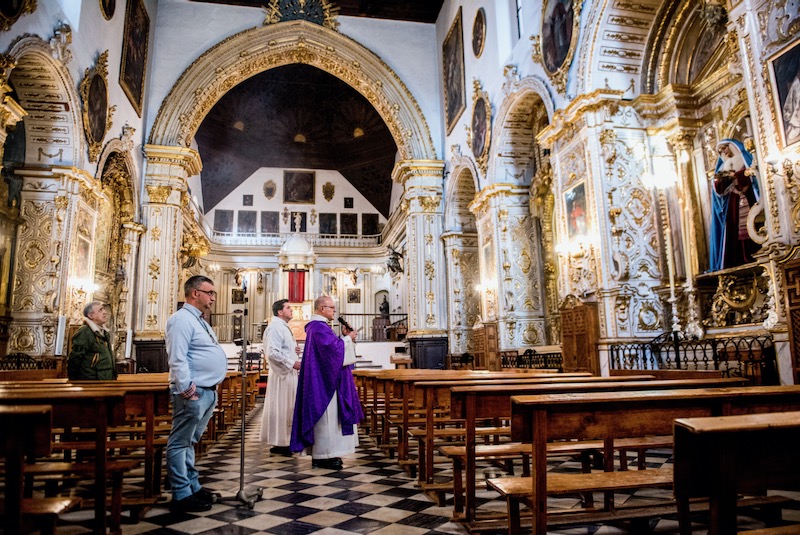 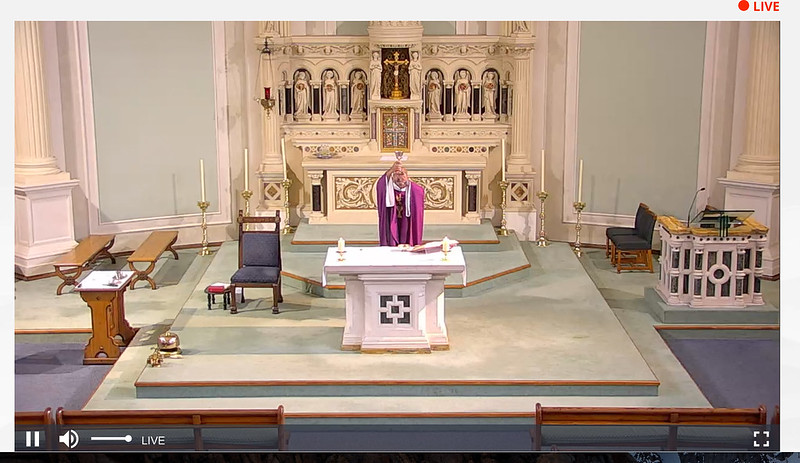 Parishes in England and Wales are reporting a surge in the number of people attending Mass, with some Catholics using the facility to return to daily Mass for the first time in decades.

Fr Rob Esdaile from Thames Ditton in the Diocese of Arundel and Brighton told The Tablet that 145 people downloaded his Palm Sunday Mass, and attendance at weekday Masses had increased from 10-20 people to more than 100.

“What I sense is the deep desire of many to see 'their church'” he said. Doing Mass solo “does make sense when there is this web of connections beyond the locked church doors. It also invites us to look at our use of gesture, intonation, etcetera to support the attention of our invisible congregation." This could be a very good "wake-up call" for us clergy, he added.

“It’s 30 years since I went to daily mass but I have been attending the daily mass from Brentwood Catholic youth service streamed live on Instagram,” said Catherine Green from Chester. “It’s very intimate and uplifting and makes me feel as if I’m actually present.” The priest blesses those watching at home and throughout the Mass people can write messages which come up on the screen and at the sign of peace people can send emojis and hearts.

In Westminster Diocese, Colette Joyce reported that in her parish of St Martin and St Michael in Hounslow “there is a community of three Spiritan priests who are all present and it feels very congregational”. Celia Capstick, a former president of the National Board of Catholic Women, said that since she and her husband are both elderly, live-streaming from their church of Our Lady of Lourdes, New Southgate, “is now an essential part of our lives, both for Sunday and daily Mass”. The prayer of spiritual communion and notices, “add to a sense of involvement” and she is looking forward to the Easter liturgy online. “I see a great future in this method of being Church” she added.

Members also joined a "Fridays at Sunset" initiative, spending a quiet time in solidarity with the people of Palestine. The youth organisation Million Minutes has organised a weekly series of on-line conversations to celebrate the first anniversary of Pope Francis’ letter to young people. There has been significant take up from chaplains, teachers, priests and youth ministers.

For online liturgical and spiritual resources and more, see Isolated but not Alone, The Tablet's list of help for Catholics during the coronavirus crisis.