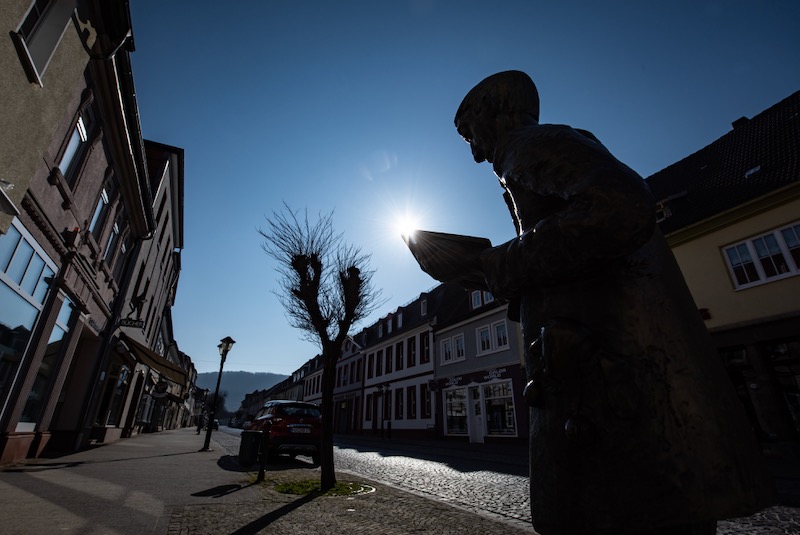 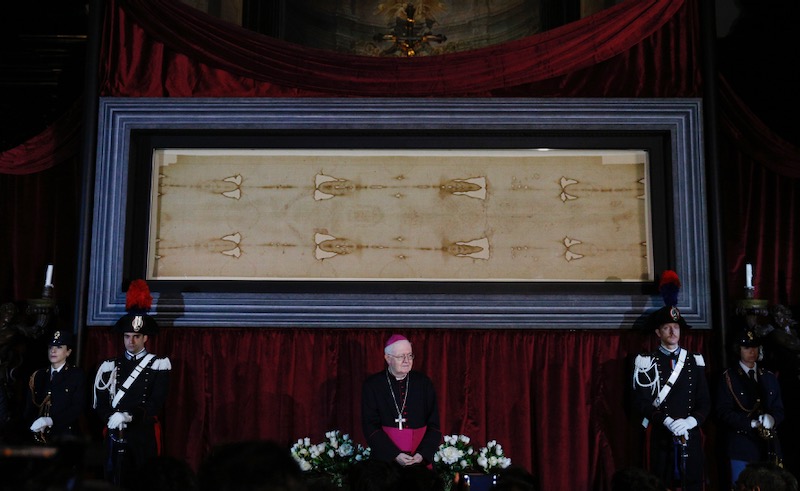 Archbishop Cesare Nosiglia of Turin, papal custodian of the Shroud of Turin, stands in front of the shroud during a preview for journalists in the Cathedral of St John the Baptist in Turin, Italy, 2015
CNS photo/Paul Haring

With people forced to stay home, even during Holy Week, because of the coronavirus pandemic, the archbishop of Turin has announced a special online exposition of the Shroud of Turin, which many believe is the burial cloth of Jesus.

On Holy Saturday, as Christians contemplate Jesus lying in the tomb, Archbishop Cesare Nosiglia will lead a liturgy of prayer and contemplation before the shroud at 5pm local time.

The prayer service will be live-streamed along with live images of the 14-foot-by-4-foot shroud, which has a full-length photonegative image of a man, front and back, bearing signs of wounds that correspond to the Gospel accounts of the torture Jesus endured in his passion and death.

As of April 5, the Archdiocese of Turin said it was finalising the plans and will publish a list of participating television stations and links to the livestream later in the week.

Announcing the special display, Archbishop Nosiglia said Athat he had received "thousands and thousands" of messages "asking me if, in this time of grave difficulty we are going through, it would be possible to pray this Holy Week before the shroud" and ask God for "the grace to defeat evil as he did, trusting in the goodness and mercy of God."

The archbishop told Vatican News that the online viewing of the shroud could be "much better" than seeing it in person because the cameras will allow viewers to see it up close and to remain at length with the image.

The image of the crucified man on the shroud, he said, "will go to the heart and the sadness of many people who will follow us. It will be like staying with the Lord on the day we await his resurrection."

The link to watch the live-stream will be posted on the official Shroud website.