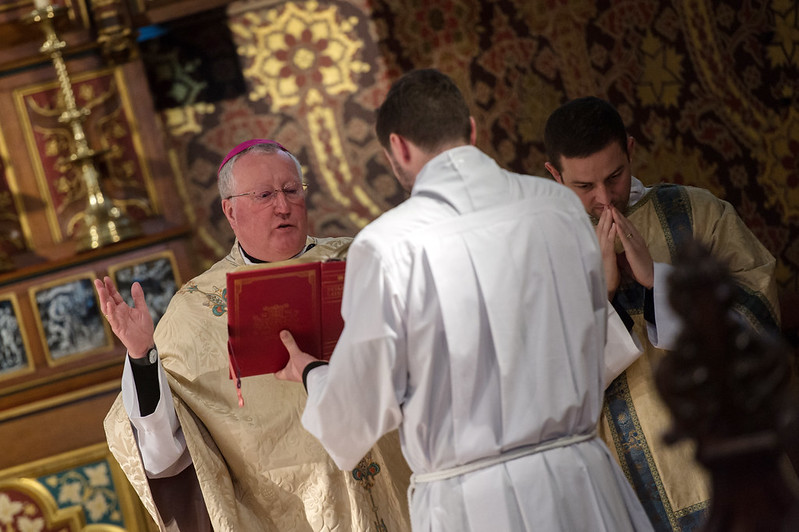 Priests to be formed online during pandemic

Churches in Ireland get funding boost

Restoring gutters on a church in Ireland
National Churches Trust

Churches in Northern Ireland are to benefit from funding aimed at helping places of worship with their repairs and maintenance and their promotion as tourism venues.

"Treasure Ireland" is a scheme funded jointly by the National Lottery Heritage Fund, the Pilgrim Trust, the Department of Communities and the National Churches Trust, a charity supporting and promoting places of worship used by Christian denominations throughout the UK.

The scheme, which will run over three years starting in the summer of 2020, includes funding which will offer successful applicants between £500 and £10,000 for repairs and maintenance.

The overall aim of the scheme is to help keep churches of all denominations in good condition and prevent more expensive repairs.

Speaking to The Tablet, Eddie Tulasiewicz, a spokesman for the National Churches Trust, explained that the charity has in recent years been trying to do more in Wales, Scotland and Northern Ireland.

“Our grant giving in Northern Ireland has traditionally been pretty small, but since 2017 we have given five grants to Roman Catholic churches there.”

The five catholic churches that have received grants are the Church of the Assumption in Dungannon; St Patrick’s church in Montiagh; St Columba’s Church, Long Tower in Derry; St Brigid’s in Glassdrummon and St Teresa’s in Tullyherron.
The National Churches Trust is also just about to make other grant offers, as part of the Northern Ireland Maintenance Project, to St Malachy’s church in Armagh and St Patrick’s church in Newtownards.

Roughly £180,000 in grants is to be made available to churches of all denominations in Northern Ireland over the next three years and according to Eddie Tulasiewicz this will be spread across between ten and twenty awards each year for the three years.

Grants will range from £500 for a small maintenance job to £10,000 for a larger repair project of up to £100,000. Larger repair projects will also be able to approach the National Churches Trust for one its Cornerstone grants which will continue to fund up to £50,000 grants for projects over £100,000.

According to Michael Murray, Deputy Chief Executive of the National Churches Trust, the project aims to “change the dynamic of church heritage in Northern Ireland so that more churches and chapels can be kept in good condition and their architecture and history appreciated by more people.”

The same criteria will apply in Northern Ireland as elsewhere in the UK. The success of an application may be because of its heritage value or it may be because of the benefit the church gives to the local community.

“We are not just there for the heritage but inevitably heritage is important. But we don’t take a view as to which is more important – heritage or the social benefit. It depends on how good the application is,” Eddie Tulasiewicz told the Tablet.

He added that the Trust supports Christian churches of any denomination. “Our criteria is that the church has to be open for worship. We don’t grant aid churches that are closed.”

Treasure Ireland will also offer training and mentoring to help those who look after places of worship, including developing skills on writing funding bids, maintenance and interpretation and tourism.

The project is hoping to increase the number of people visiting churches in Northern Ireland.

At least 100 churches in Northern Ireland will be added to the National Churches Trust’s Explore Churches website providing visitors with a one-stop digital gateway to discovering the architecture and history of the region’s religious heritage.

Currently just 28 churches in Northern Ireland are listed on the website.

“We want the website to encourage everybody to look at churches and to find out about them and discover their heritage and history. Not just people in Northern Ireland but anybody coming to Northern Ireland from other parts of the UK or abroad.

"We want to help people look after their buildings and help them make them sustainable into the future and so we will be running some courses and workshops to get people to think about how you can maintain your building so that you don’t have to spend a lot of money repairing it. We think this is important because if you wait too long, instead fixing the little things like the drainpipes, replacing tiles and making sure the mortar is in good condition, you end up spending much more on expensive repairs.”