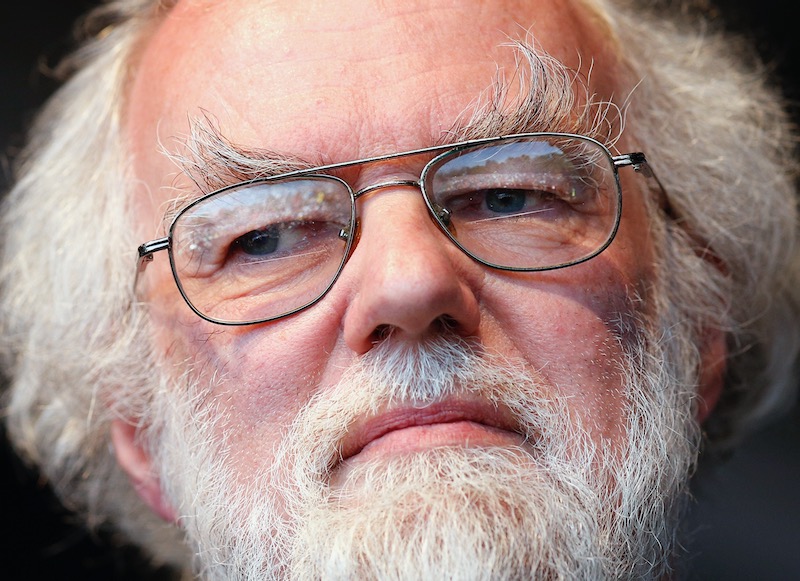 France in the time of coronavirus 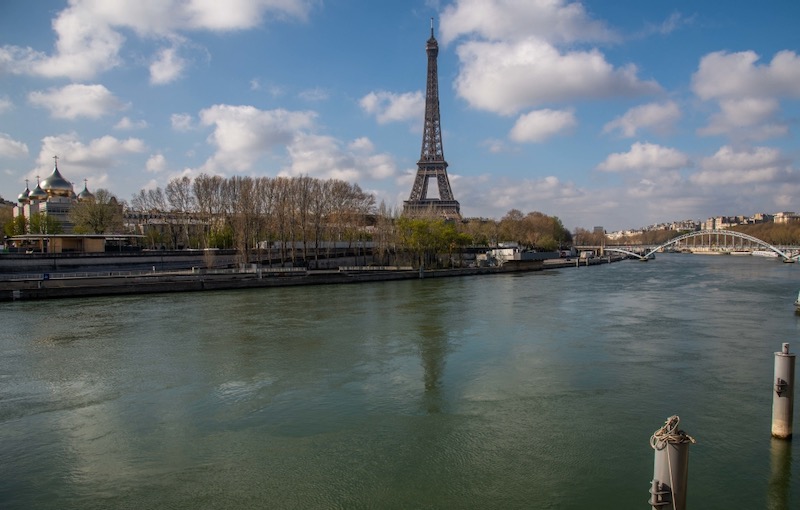 River Seine empty of boats and peniches in front of the Eiffel Tower in Paris, France on March 31, 2020
Geyres Christophe/ABACA/ABACA/PA Images

President Emmanuel Macron met leaders of France's main religions to discuss how to manage the coming weeks when the three leading faiths, Christianity, Islam and Judaism, all have major religious events. He used the audio-conference meeting, which included representatives of Masonic and free-thinking associations, to ask how to celebrate Easter, Passover and Ramadan, which begins this year around 23 April, when public gatherings of all kinds are banned. Head of the French bishops conference, Archbishop Éric de Moulins-Beaufort and Protestant Federation leader François Clavairoly, urged Macron to make sure the homeless, migrants and unaccompanied minors are not forgotten in official planning for the crisis situation. French Muslim Council head Mohammed Moussaoui asked for more Muslim cemetery plots because families could not send corpses back to their home countries, a common practice among French Muslims.

The coronavirus wave has boosted demand for French confraternities founded in medieval times to accompany plague victims to their graves. With church funerals banned and cremations behind closed doors, members of these centuries-old congregations are often the only people to attend a burial besides the priest who gives a quick blessing. In Bethune, southeast of Calais, the Confraternity of Saint Eloi, which is France's oldest, founded in 1188, sends a few men in black capes, Napoleon-style bicorne hats and surgical masks to accompany the burials. In Montpelier, two Confraternities of Penitents send someone to the burial. The Confraternity of the Holy Cross does the same on the island of Corsica. Holy Cross confraternity prior Etienne Cesari telephones the family after the burial. "All these grieving families will be contacted again when this scourge is over," he told La Croix. "And then we will celebrate a proper Mass for each person who has died."

Bells tolled at many churches across France for 10 minutes last Wednesday evening in solidarity with medical personnel caring for coronavirus patients and for those who have already died from the disease. In several places, priests have blessed their city and its people in special rites. "It is in Lyon's tradition to express confidence in God and his hope", said Bishop Michel Dubost, apostolic administrator of the diocese, who blessed the city from the Fourvière hill overlooking it. In Bourges, Father Stéphane Quessard, parish priest of Saint-Etienne cathedral, blessed the city from atop the cathedral's highest tower. In Paris, Father Bruno Lefebvre Pontalis, parish priest of the Saint Francis Xavier church in the 7th arrondissement, climbed atop the roof of his large church on 19 March to bless residents "in a sign of protection, of closeness and of concern of a pastor for his sheep". Fr Matthieu Williamson climbed the 309 steps to the top of the Gothic collegiate church in Mantes-la-Jolie, west of Paris, with a monstrance in his hands. "People are very isolated. We need to find ways to bring them together ... we're lucky to have a very large church that everyone in Mantes can see." he said. "It was very moving to see people at their windows or on their balconies." In Paris, at Our Lady of the Arc of the Covenant in the 15th arrondissement, parish priest Fr Vincent Guibert sends out a daily letter of reflections with a sermon, poetry and links to paintings and videos illustrating the message. Saint Joseph's Church, the English-speaking parish for Catholics in France, has daily Masses on YouTube with its two Passionist priests, Fr Aidan Troy CP and Fr Pat Fitzgerald CP celebrating before an empty church.

Le Jour du Seigneur (The Lord's Day), the weekly broadcast of Sunday Mass on French public television, has more than tripled its audience during the lockdown that has halted public liturgies across France. Broadcasting from the Paris studio of France 2 television, the show now has more than 1.7 million viewers compared to an average of 550,000 before the coronavirus crisis. That's also more than the usual audience for Easter or Christmas. The programme has tripled its audience on Facebook and its webpage as well. "We will try to maintain this Sunday Mass as long as possible in this studio," said Dominican Fr Thierry Hubert, the show's producer. He said France 2 television supported the broadcast as a public service, but it could be shut down by tougher health measures. Fr Hubert said he was also concerned about a member of the small production team being infected with the virus. "If someone on the team is declared positive for coronavirus, it will all have to close," he said.

Cartoonists in France have seized upon the story of Lazarus in last week's Gospel (29 March, John 11, 1–45) to imagine Jesus bringing back someone from the dead during the coronavirus lockdown. Residents are officially limited to one hour outside their homes per day for a walk within a one-kilometre radius if they've filled out a downloadable form and checked one of the seven permitted reasons. "Lazarus, come out," the revived man still wrapped in his burial shroud hears, "but only for one hour, one kilometre and with a declaration!" In another cartoon being spread on Twitter, Jesus rolls away the grave stone and says "Lazarus, come out!" A voice from inside asks: "Which box should I check?"

Bishop Xavier Malle in the French Alps tweeted that he and a parishioner had taken advantage of the lockdown to explore the drinks cabinet at the episcopal residence at Gap in the Alps. Showing an old bottle with a picture of Mont Saint Michel on it, he guessed the strong liquor was some kind of calvados. "This one must have survived several bishops," he wrote.