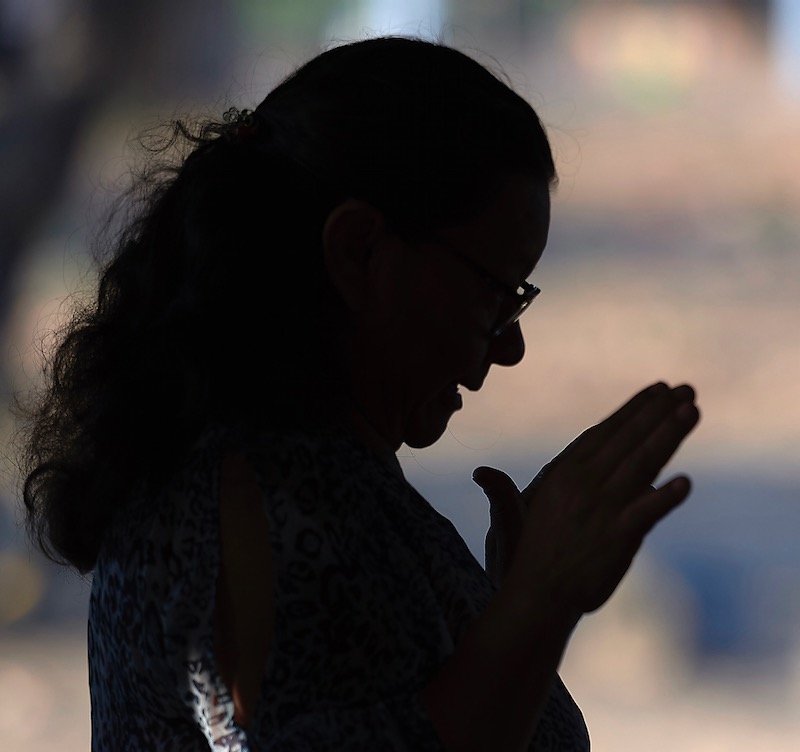 Cardinal invites all to pray with Pope's 'urbi et orbi'

Pope thanks those who help vulnerable during pandemic 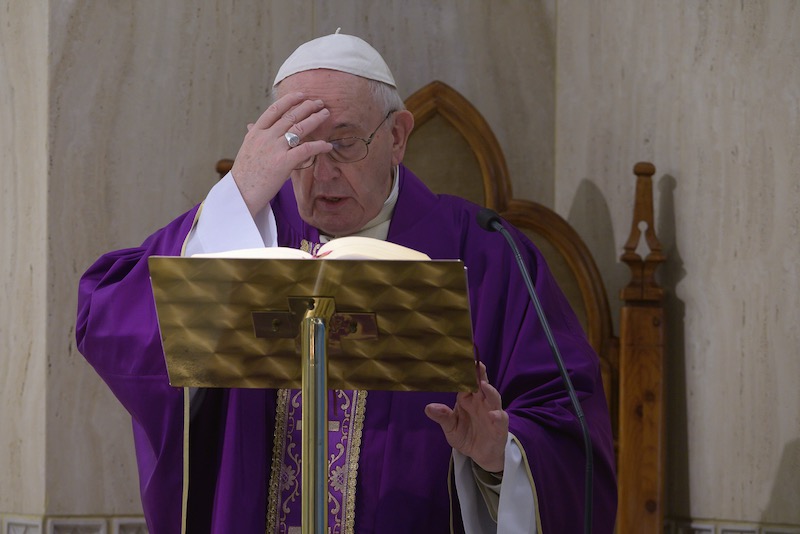 Pope Francis expressed his gratitude to the many men and women who have been inspired to help the poor and accompany the sick and the elderly during the coronavirus pandemic.

"These days, news has arrived of how many people are beginning to have a general concern for others – caring about the families who do not have enough to get by, the elderly who are alone, the sick in the hospitals – and who pray and try to give them some help," the pope said March 27 at the beginning of his livestreamed morning Mass.

"This is a good sign," he said. "Let us thank the Lord for stirring up these feelings in the hearts of his faithful."

The papal almoner's office announced March 26 that the pope was donating 30 ventilators to "hospitals in the areas most affected by the COVID-19 pandemic."

The hospitals that will receive the new ventilators "will be identified in the coming days," the papal almoner's office said.

In his homily, the pope reflected on the day's first reading from the Book of Wisdom, which describes the criticism of the wicked toward the righteous person who "reproaches us for transgressions of the law."

"For if the just one be the son of God, he will defend him and deliver him from the hand of his foes. With revilement and torture, let us put him to the test that we may have proof of his gentleness and try his patience," the reading stated.

The pope said the reading was a prophecy that accurately described those who taunted Jesus on the cross, demanding he prove that he was the son of God. The ones who mocked Christ were not motivated by "simple hatred" but a "relentless fury," the pope said.

This demonic fury, he continued, could be seen not only in those who acted against Jesus but also in the persecutions of Christians to "lead them to apostasy, to distance themselves from God."

The pope recalled a story from bishops in "one of the countries that suffered under the dictatorship of an atheist regime" and the lengths that the authorities would go to persecute Christians.

"On the Monday after Easter, the teachers were forced to ask the children: 'What did you eat yesterday?'" the pope recalled. "Some said, 'Eggs' and those who said 'eggs' were then persecuted to see if they were Christians because in that country they ate eggs on Easter Sunday. It got to this point: to see, to spy where there is a Christian in order to kill him. This is fury in persecution and this is the devil."

The only way Christians can respond to this fury is to follow the example set forth by Christ and to remain silent, the pope said.

"It is striking when we read in the Gospel that in front of all these accusations, all these things, Jesus was silent. In front of the spirit of fury, only silence, never justification. Never! Jesus spoke and he explained. When he understood that there were no words, silence," he said.

Pope Francis prayed that Christians would ask for the grace "to fight against the evil spirit, to argue when we have to argue. But before the spirit of fury, to have the courage to keep silent and let others speak."