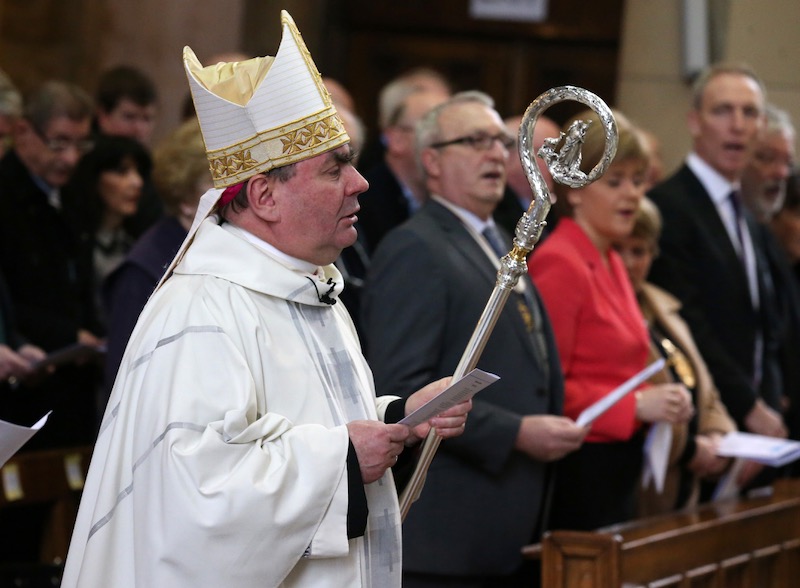 Canon lawyer asks: When can Catholics confess by phone? 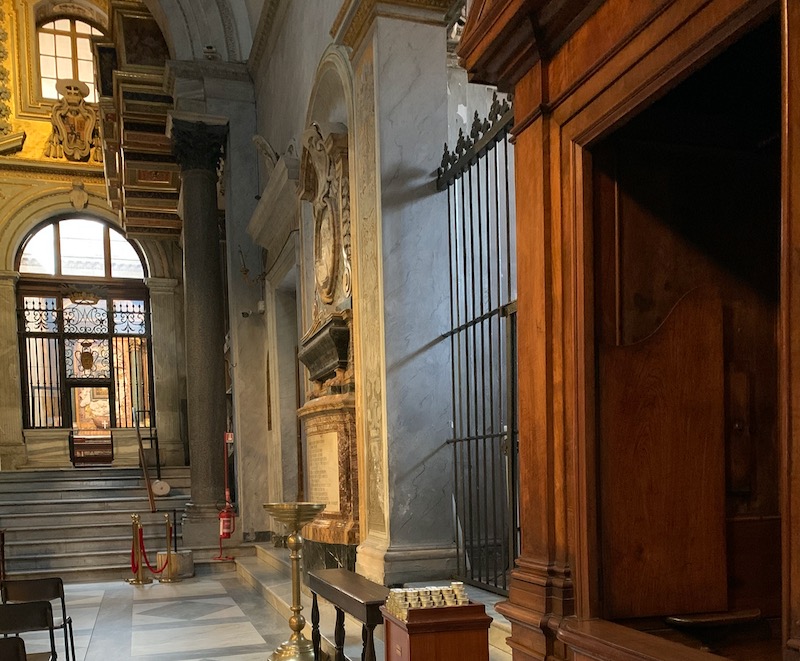 The Basilica of Santa Maria in Trastevere, a Rome neighbourhood, March 18, 2020.
CNS/Cindy Wooden

If a priest is wearing a mask and standing three or six feet away from a penitent requesting the sacrament of reconciliation, is he really more present to a penitent he knows than he would be by telephone?

Maybe, but maybe not, said Father Giorgio Giovanelli, a professor of canon law at Rome's Pontifical Lateran University and pastor of St Maria Goretti Parish in Fano, about 180 miles northeast of Rome.

Under Italy's lockdown regulations and according the advice of the Italian bishops' conference, Father Giovanelli said that when a parishioner comes for confession, he takes him or her into the sacristy.

Wearing a mask, as prescribed by the bishops' conference, Father Giovanelli stands in one corner of the room and the penitent stands in the corner diagonally opposite.

The sacristy, he told Catholic News Service March 17, is the only room big enough to guarantee that he can stand more than three feet away and guarantee the secrecy of the confession at the same time.

Church law requires, in most cases, that the priest and penitent be physically present to each other. The penitent states his or her sins out loud and expresses contrition for them. The priest present, as the Catechism of the Catholic Church says, fulfils "the ministry of the Good Shepherd who seeks the lost sheep, of the good Samaritan who binds up wounds, of the father who awaits the prodigal son and welcomes him on his return, and of the just and impartial judge whose judgment is both just and merciful. The priest is the sign and the instrument of God's merciful love for the sinner."

Confession under lockdown is not ideal, Father Giovanelli said, but with most of his parishioners, it is possible to fulfil the church's requirements for the sacrament, even with the pandemic guidelines of the bishops' conference.

And, he said, he does not believe the conditions exist for the bishops to authorise the use of general absolution without individual confessions.

The practice, generally reserved for communities which will go many months without a priest and groups facing imminent danger of death, still requires a gathering of penitents requesting absolution.

In lockdown, he said, "I can't just go outside in the courtyard and make the sign of the cross and give the town absolution. Or you can't put a priest in front of the hospital" and do the same for those inside, whether or not they express a desire to be forgiven.

But Father Giovanelli said he has two groups of parishioners who deserve special, extraordinary attention: the elderly – to whom an asymptomatic person could transmit the virus – and those in the hospital who have tested positive for COVID-19, are in isolation and in danger of death.

For his own parishioners among them, he said, he should be able to hear confessions and grant sacramental absolution with a phone call or video call. He's not proposing some kind of impersonal app or dial-a-priest absolution dispenser, but a call and sacramental ministry from their pastor, a priest they know and who knows them.

"I am in favour of a use of canon law for the salvation of souls and the happiness of the faithful," he said, adding that the phone-call absolution would require special permission from Pope Francis because the "in person" rule is a matter of universal church law.

The elderly and those hospitalised with COVID-19, who cannot go to confession through no fault of their own, would meet the test of "necessity," he said.

"Some would object that the priest must be present. OK. That's the kind of thing people would say in the 1980s, but the development of technology has allowed us to have other kinds of presence," he said. "Am I less present by telephone? Virtual presence is real. Who could say that the celebrative dimension of the sacrament in these very particular, narrowly defined situations is lacking?"

Father Giovanelli said he is not looking for "a change in the sacramental practice, but to respond to a new situation in which we always must consider that the supreme law of the church is the salvation of souls.

"This could be the 'creativity' Pope Francis asked for from priests" in responding to the pandemic, he said. "This isn't theoretical but pastoral."