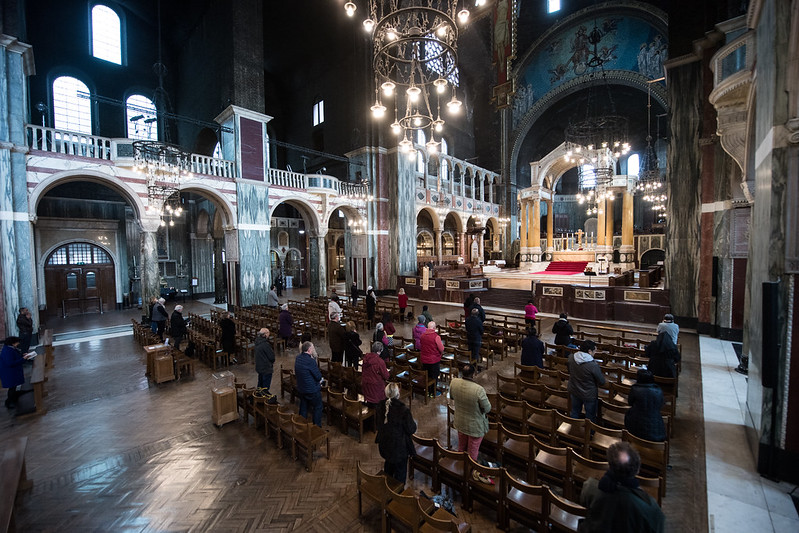 The former Rector of St Mary’s College, Oscott, Canon David Oakley, is to be ordained as the new Bishop of Northampton this evening without a congregation. His episcopal ordination at Northampton Cathedral will be livestreamed. He replaces Bishop Peter Doyle, who has retired age 75.

Cafod’s Director of Advocacy, Neil Thorns, warned that last week’s budget “was an example of another missed opportunity to show the ambition we need to halt the climate emergency”. The government put a net zero target in law last summer, “but until [it] properly puts the measures in place to meet the target we won’t manage to keep temperature rises down and protect the most vulnerable communities at home and abroad,” he said.

The restored bell of Shrewsbury Cathedral has been named “John Henry” in a tribute to St John Henry Newman, England’s newest saint. The Bishop of Shrewsbury, Mark Davies, said he was inspired to name the bell after Newman because it was originally installed in the 1850s, the same decade that Newman preached his famous sermon on “the second spring”, on the rebirth of English Catholicism.

The Bishops of Northern Ireland have written to the Secretary of State, Brandon Lewis MP, expressing concern about the proposed New Legal Framework for Abortion Services and describing the proposed legislation as “draconian”. In their letter, the bishops reiterated their view that abortion is a devolved matter. “The Westminster Government removed protections to the life of the unborn child with chilling alacrity. The imposition of such draconian and unjust legislation ensures that the issue will never cease to be contentious,” they warned. The Bishops also criticised the Northern Ireland Office’s proposal for abortion on demand up to 12 or 14 weeks, including sex-selective abortions, and said “that the New Legal Framework will help to facilitate a significant increase in the number of disabled unborn children who are aborted in our society.” They emphasised that all Christians and people of goodwill are “obliged in conscience not to cooperate formally in abortion services, even if permitted by civil legislation.”

Pupils at Catholic schools in Sheffield and Milton Keynes have won the Columbans British Journalism competition on the theme, Tackling our Throwaway Culture. Kit Bell, from All Saints School in Sheffield, won the writing section, rounding off her article by saying that, “indifference and selfishness are the only true drivers of this throwaway culture – so maybe it’s time for a change of heart”. In the short video competition, Chloe Laberinto, from St Paul’s School in Milton Keynes, linked recycling and action to the call by Pope Francis in his encyclical Laudato Si’ “to undergo ecological conversion”. Around 100 young people entered the competition in Britain and Ireland.

Lord Williams of Oystermouth, the former Archbishop of Canterbury, led prayers for action on climate change outside the Houses of Parliament last week. The vigil was part of a global prayer chain organised by Christian Aid. Dr Williams, Chair of Christian Aid, said: "It's clear that the impact of climate change on the poorest people in the world drives instability, injustice and conflict. Where climate justice is concerned we're summoned to acknowledge the consequences of our actions. It’s only when we're truthful of that, are we free to see clearly and act courageously.”

Organisers of the Rededication of England as the Dowry of Mary are urging Catholics to make a personal act of rededication on 29 March if events they were due to attend in cathedrals and parishes are cancelled because of the coronavirus. Guidelines for making a personal dedication are on the event website.