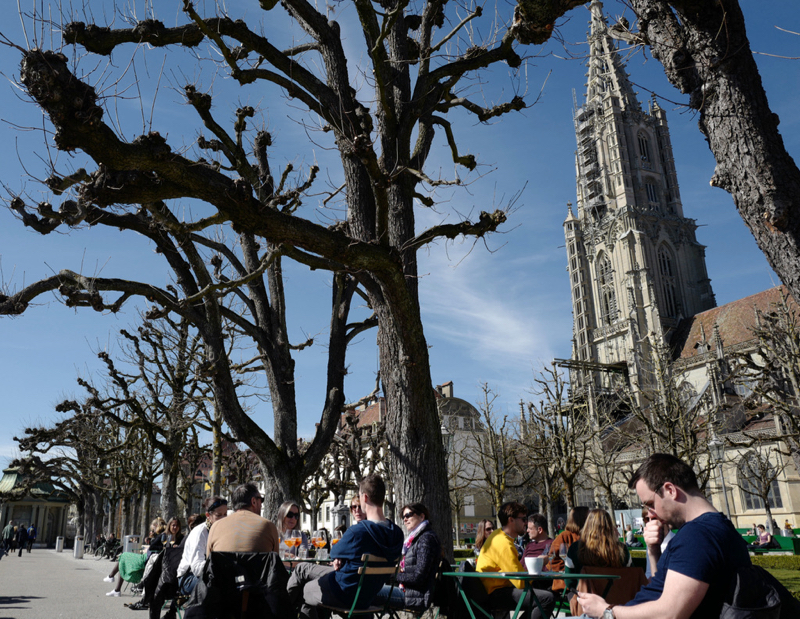 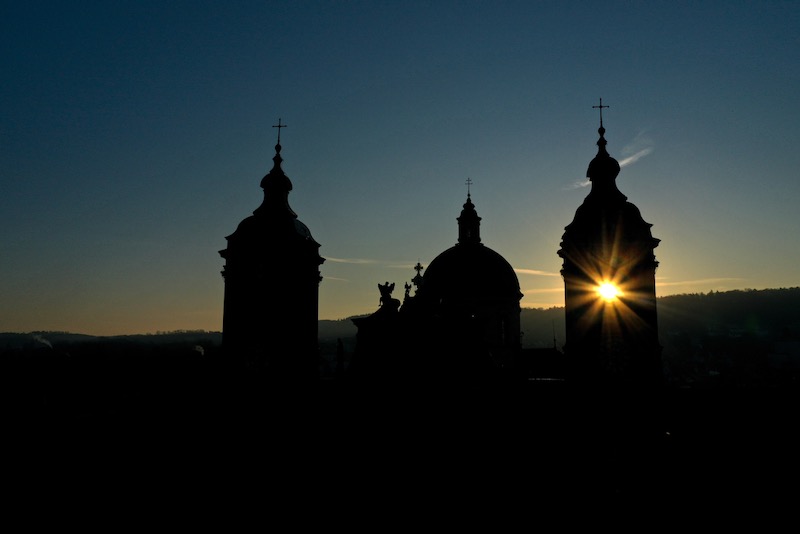 Baden-Wuerttemberg, Weingarten on 18 March 2020: the sun rises behind the basilica.
Felix Kästle/DPA/PA Images

Alfred Adewale Martins, the Archbishop of Lagos, on Monday confirmed the death of Sr (Dr) Alokah SSH, the administrator of Bethlehem Girls College, Abule Ado, Lagos, after a massive explosion rocked the school while the community was attending Mass on Sunday, writes James Roberts. A truck appears to have impacted a pipeline, casing an explosion that destroyed many houses in the vicinity. Sr Alokah and an unnamed security guard died saving students, all of whom survived.

Waves of drought, floods, and locusts have been “calamities” for Somalia over the past six months and nearly three million people face food insecurity, said Bishop Giorgio Bertin of Djibouti, Apostolic Administrator of Somalia. “The spread of locusts is serious and all the nations in the Horn of Africa have put in place measures to counter their expansion” reported the bishop. However, in Somalia the situation is more complicated. “Here, state and regional institutions exist only on paper and authorities do not take decisions or are unable to do that because of the instability produced by the constant fighting” he said; “who loses out are the poorest populations who can do nothing to face droughts, floods and locusts”. “The severity of the locusts’ plague is amplified by the fact that it is affecting crops and pastoral lands in areas that have already been suffering from drought, floods and political instability,” Bertin added.

The Nuncio to East Timor reported that a proposed, but unconfirmed, visit there in September by Pope Francis will not happen, due to the coronavirus outbreak. Mgr Marco Sprizzi told reporters in Dili that Francis had indicated willingness to visit East Timor but there was concern about large crowds and he “did not want his people to be affected by the coronavirus". Though the Vatican never confirmed the Pope would be visiting Indonesia, East Timor (Timor-Leste), and Papua New Guinea in September, diplomatic sources had said the visit was planned. Indonesian Catholics have called on the Vatican to reschedule the visit.

Croatia’s Bishops’ Conference has condemned a Supreme Court ruling extending child adoption rights to same-sex couples in the predominantly Catholic country. The bishops' statement branded the judgment another example of “liberal judicial interference” in Europe, and said it violated “culture and tradition as shared by the decisive majority” in Croatia.

The head of the Catholic Church in Belarus, Archbishop Tadeusz Kondrusiewicz, said seminary admissions have sharply declined in his country, which is widely considered Europe’s most repressive, adding that the Government of President Oleksandr Lukashenka, is still using legal pretexts to bar the admission of foreign priests, mostly from neighbouring Poland.

Meanwhile Religious order leaders have outlined plans for a fuller sharing of personnel, finance and resources across Europe, to cope with falling monastic vocations. The Union of Religious Superiors (UCESM), which groups male and female superiors from 28 countries, said the aim was to use stronger monastic institutions, especially in Eastern Europe, to prop up “dying communities”.

A new survey by the Pew Research Center indicates that US Catholics are as divided as the rest of the country in their views about President Donald Trump, although that division largely tracks along racial and ethnic lines. White Catholics are more likely to be Republican than Latino Catholics and their views reflect that. Twenty-nine per cent of white Catholics say they agree with Trump on “nearly all” issues, and the same percentage say they agree with him on “many, but not all” issues. Forty-one per cent said they agreed with the president on “few”, “almost none” or “none”. Sixty-eight per cent of white Catholics thought “intelligent” describes Trump “very well” or “fairly well.” Sixty-six per cent said the president “fights for what I believe in.” Conversely, only 31 percent of Latino Catholics agreed with the statement that Trump “fights for what I believe in” and only 30 per cent said they agreed with him on “all,” “nearly all” or “most” issues. A mere 21-24 per cent of Latino Catholics said they thought Trump was “honest” or “morally upstanding.” Ninety-three per cent of all Catholics said they thought it was “very” or “somewhat” important that the president “personally lives a moral, ethical life.”

On Sunday 8 March a Mexico City march for International Women’s Day drew thousands of participants. The following day, tens of thousands of women stayed home from work and school to show their impact in society and speak out against violence against women. The Día Sin Nosotras, A Day Without Us, called attention to what would happen if women were killed or went missing, as is all too common in Mexico. Several brutal murders of women in recent weeks increased public pressure on the Government to respond to high levels of violence against women. On average, 10 women are killed every day in Mexico. Following the march and strike, President Andrés Manuel López Obrador said his administration would continue its strategy of focusing on the causes of violence. The Mexican bishops put out a statement expressing their support for the 9 March strike. The letter, signed by Rogelio Cabrera López, Archbishop of Monterrey and president of the Episcopal Conference, called for, “any protest or public demonstration to be the opening for more dialogue in search of creating a more equitable society that guarantees the rights of all people, principally for women to live without fear.”

Two nurses denied jobs as midwives in Sweden because of their refusal to perform abortions have lost their legal action against Sweden at a top European court. Swedish-born Ellinor Grimmark and Linda Steen from Norway had told the European Court of Human Rights that being denied employment, due to their Christian opposition to abortion, was an illegal breach of their rights to freedom of religion and conscience. The court declined to take up the case, with a panel finding that Swedish authorities had acted lawfully.

Australia’s highest court has reserved a decision whether Cardinal George Pell will be allowed to appeal against his conviction for child sex offences. After two days of arguments from Cardinal Pell’s barrister and the prosecution, a seven-judge panel of the High Court of Australia on Thursday last week called for further written submissions. Legal parties were given two days to provide material for the judges to consider, although a future court date is yet to be set. If granted special leave for an appeal, Cardinal Pell’s legal team will argue that the 78-year-old should be acquitted of molesting two choirboys in 1996 and 1997. One of the boys gave evidence against Cardinal Pell, while the second died in 2014, without disclosing any abuse.

The Archbishop of Krakow, Marek Jedraszewski, announced on Wednesday 11 March that his archdiocese has opened the cause for beatification of the parents of Saint John Paul II. Having received Vatican approval, the Archbishop signed an edict approving the cause on 2 March, following the endorsement of the proposal by the Polish bishops’ conference in October 2019. If the cause is successful, it will culminate in John Paul II’s father, Karol Wojtyla, and mother, Emilia Wojtyla (nee Kaczorowska), being declared saints. Catholics in Krakow have been asked to provide the diocesan curia with any documentation or correspondence pertaining to Karol and Emilia by 7 May.