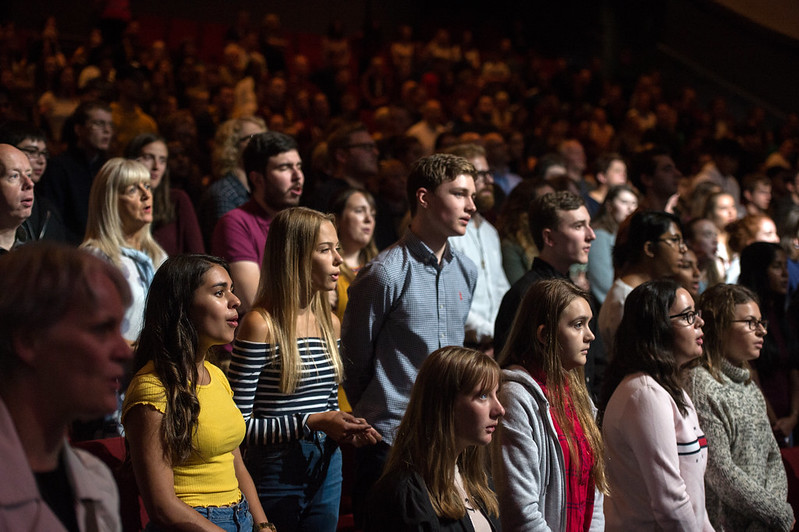 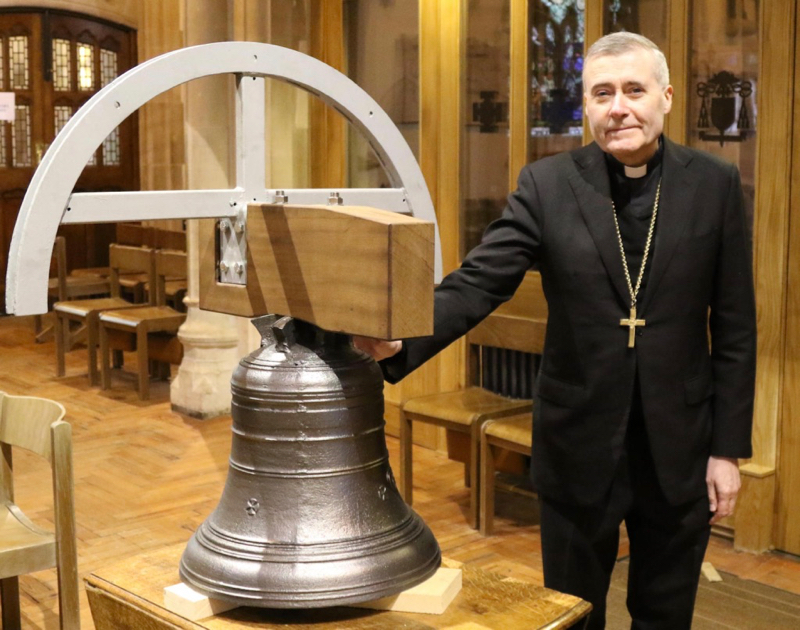 The bell of Shrewsbury Cathedral has been named “John Henry” in a tribute to St John Henry Newman, England’s newest saint.

The Bishop of Shrewsbury, Mark Davies, said he was inspired to name the bell after Newman because it was originally installed in the 1850s, the same decade that Newman preached his famous sermon on “the second spring”, on the rebirth of English Catholicism.

“Cardinal Newman knew this Cathedral of Shrewsbury” Bishop Davies noted, “and had announced a second springtime for the Church in our land in the 1850s – the same decade when our Cathedral bell first sounded.” The Bishop also expressed his hopes for the future of the Cathedral:  “May this bell continue to sound a call to prayer and mission for the great renewal of Christianity in our land.”

The bell was first commissioned by the noted Victorian architect and Catholic convert Edward Welby Pugin and installed in the year the Cathedral was opened, 1856. The bell has been in a state of disrepair for a long time, and hadn’t rang out for several decades by the time of its restoration. Taking a month to complete, the repairs and cleaning of the bell also saw it being refitted with a new remote-control ringing system. Remarkably, the repairs of the bell is being carried out by the Leicestershire firm that originally made the bell in the 19th century: Loughborough’s John Taylor Bellfounders.

On March 14 the bell will be blessed by Bishop Davies in a special ceremony before it is installed in the bell tower of the Cathedral, from where it is hoped it will chime the Angelus on March 25, the Feast of the Annunciation. The Bishop has asked the faithful in his diocese to pray the Angelus daily ahead of the rededication of England on Sunday March 26.

St John Henry Newman, born in 1801, is one of the best-known and intellectually-influential English Catholics of the past few centuries. A prominent Anglican priest, theologian, and participant in the Oxford Movement, Newman converted to Catholicism at the age of 44, in 1845. He founded the Birmingham Oratory in 1848,  was made a cardinal by Pope Leo XIII in 1879 and died in Birmingham in 1890. When Pope Francis canonised him on October 13 2019, Newman became the first English saint to be raised to the altars in nearly 50 years.