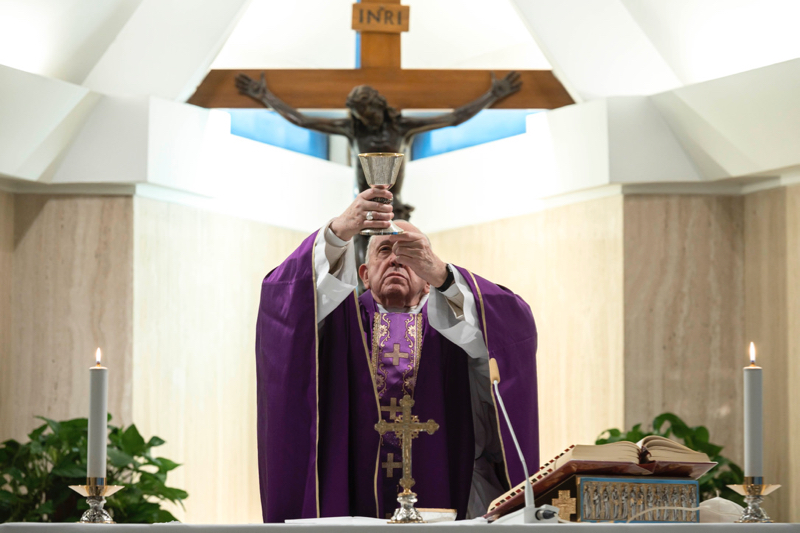 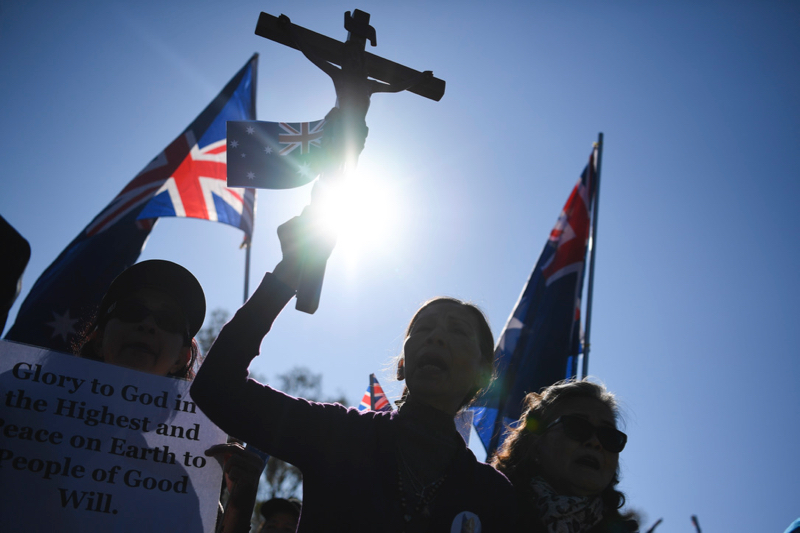 Supporters of George Pell hold up a crucifix as they sing prayers outside the High Court of Australia in Canberra, Wednesday 11 March.
LUKAS COCH/AAP/PA Images

Prime amongst the questions of doubt raised by top appeals barrister, Bret Walker SC, is how Cardinal Pell could have sexually assaulted the boys in the priests’ sacristy of Melbourne’s St Patrick’s Cathedral, when according to the congregation’s master of ceremonies, the cardinal was on the front steps greeting parishioners.

Mr Walker is seeking to convince the Court’s full bench of seven judges that Pell’s case warrants an appeal – a last legal attempt to clear the Cardinal’s name after he was convicted of five counts of child sex offences.

Last March, Pope Francis’s 78-year-old former finance minister was sentenced to six years in gaol for molesting two 13-year-old choirboys in St Patrick’s Cathedral in 1996 and 1997, soon after he became Archbishop of Melbourne.

One of the boys gave evidence against Cardinal Pell, while the second died in 2014 without disclosing any abuse.

Pell has always maintained his innocence.

Cardinal Pell is taking no part in these latest court proceedings that started on March 11 in Australia’s High Court in Canberra.

Instead, he remains inside the maximum-security Barwon Prison near Geelong, southwest of Melbourne.

Mr Walker told judges that key parts of the evidence presented at Pell’s 2018 trial must have given the jurors reasonable doubt.

That evidence included George Pell’s habit of talking to parishioners on the front steps of St Patrick’s Cathedral after Solemn Mass.

Mr Walker argued that Pell spent between 10 and 20 minutes on the steps after mass.

Mr Walker said that if the High Court were to accept this occurred in December 1996, then he could not have sexually assaulted two choirboys because there would have been insufficient time for the crimes to have been committed.

Mr Walker also argued the impossibility of Pell being able to offend because he was never left alone – he was accompanied by a priest or a sacristan at all times after Mass.

Reasonable doubt that Cardinal Pell could have carried out the abuse after a busy Mass was later supported by one of three judges when the Pell case was heard by the Victorian Court of Appeal last year.

The Court of Appeal was split over whether the key evidence stood up against the credible testimony given by the complainant, the surviving choirboy, who is now a middle-aged man and the only witness who supported the allegations against Pell.

Prosecutors have told the judges in written submissions that it is not their role to determine whether it was open to the jury to find the offence proven beyond reasonable doubt.

Another key argument raised by Pell’s lawyer was whether the Court of Appeal was unduly convinced by video testimony given by the complainant.

Mr Walker argued the viewing of this footage may have unduly convinced two of the three judges at the appeal court, who may have given the compelling video testimony greater weight than the entirety of evidence available.

He also argued that being impressed by a complainant does not eliminate the possibility of reasonable doubt.

Even though Mr Walker presented his case today, it is still not certain whether the High Court will allow Pell’s appeal to go ahead.