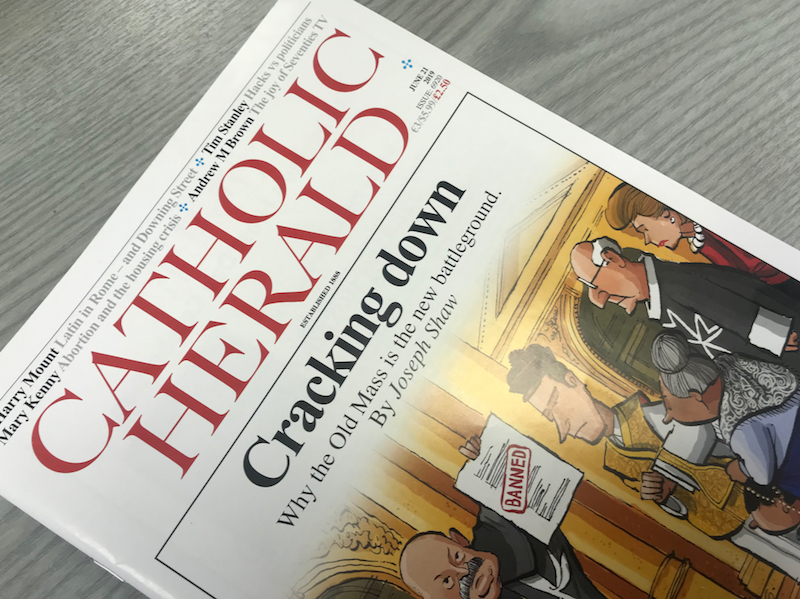 Catholic Herald in dispute with diocese over rent 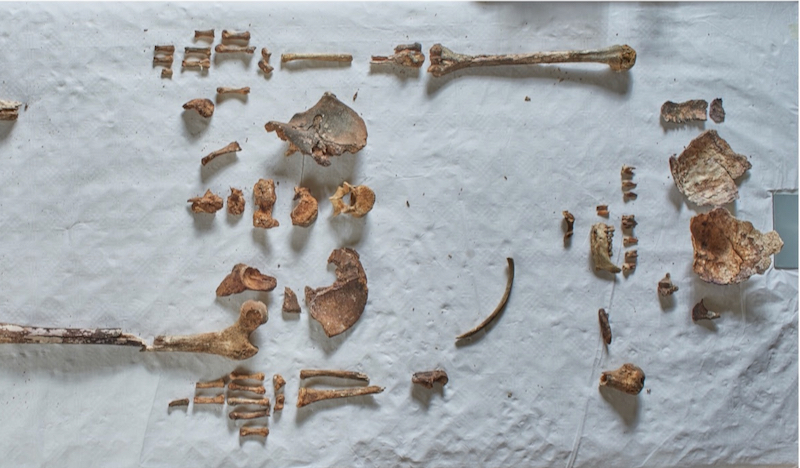 The remains of Saint Eanswythe
Church of England diocese of Canterbury

A skeleton hidden for centuries inside the wall of a church in Folkestone, Kent, is likely to be that of one of the first English saints.

After carbon-dating of teeth and bone samples and historical research, researchers have judged it “highly probable” that the remains belonged to St Eanswythe, a Seventh Century Kentish royal who became a nun in her teenage years.

Locally renowned for her piety, Eanswythe set up one of the first monastic communities in England, and reputedly the very first such community for women, in around 660 AD.

Her grandfather, King Ethelbert, was one of the first Anglo-Saxon kings to convert to Christianity as a result of St Augustine’s mission from Rome in the late sixth century. The Kentish royal family was therefore strongly committed to Christianity; both Eanswythe’s uncle Earconwald, a Bishop and her Aunt, Ethelburga, an Abbess, were declared saints during the medieval period.

Although the monastery founded by Eanswythe was later destroyed, a successor priory was built in Folkestone. This priory survives to the present day, albeit heavily rebuilt over the centuries, as the Anglican parish church of Folkestone, St Mary and St Eanswythe's . During the protestant reformation the relics were believed to have been destroyed.

During restoration work at the church in 1885 Eanswythe’s bones were discovered in a lead reliquary, hidden within the church wall. They were placed behind a brass door in the church’s wall for over a century, until a joint project of archaeologists, researchers and local residents agreed with the parish that tests would be carried out to confirm the bones did belong to St Eanswythe.

The project to identify the remains was a collaboration between Finding Eanswythe and the Folkestone Museum, and was funded by the Heritage Lottery Fund. After the success of carbon dating, researchers are now hoping to raise funds to DNA test the bones.

Speaking to the Tablet, the Vicar of St Mary and St Eanswythe’s emphasised the way in which the Saint’s relics form part of a “living tradition of faith handed down to us over the years” stretching back to the time of St Augustine.  The Reverend Dr John Walker, who has been the priest of the parish since late 2019, felt the greater visibility of the relics was important both for a local spiritual tradition centred around the parish, and the cross-denomination history of Christianity in Britain.

He also pointed to the renewed significance of the relics in a time of increasing interest in pilgrimages, even amongst non-christians. Dr Walker hoped that the saint’s relics might at some point be a stop of one of the new pilgrimage routes centred around Canterbury Cathedral.