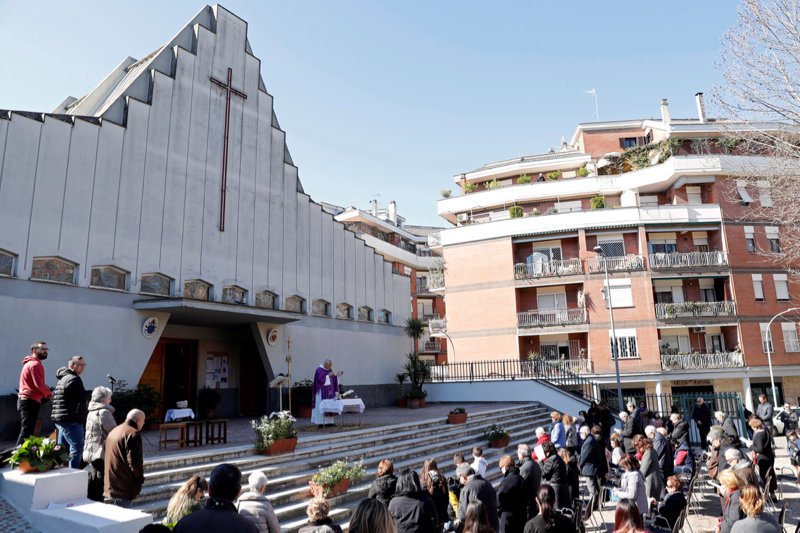 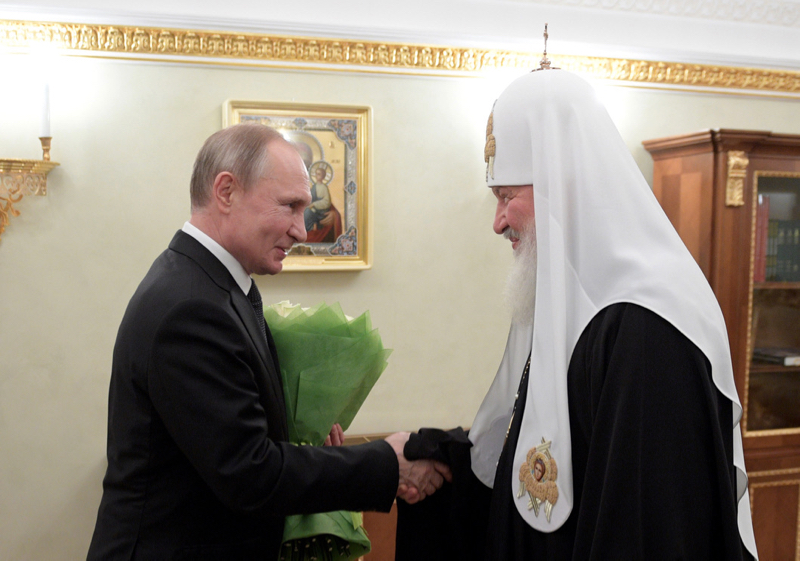 Russian parliamentarians have backed calls by Orthodox church leaders and President Vladimir Putin to have a reference to God included in their country's new amended constitution.
"Obviously, the state will not lose its secular nature, nor can we provide the precise timing and format of this change," said Dmitri Peskov, the Kremlin spokesman. "Before these amendments are finally adopted, there will be a massive campaign to explain them, as both the president and working group members have stated on multiple occasions."
The official was speaking after State Duma legislators gave preliminary approval to the constitutional preamble amendment, tabled by Putin's office, acknowledging the Russian Federation's "millennia-long history" and "historically developed state unity", and pledging to safeguard "the memory of forefathers who passed on their ideals and faith in God".
He said legislators still had to provide full details of the amendments, which are also expected to declare protection of Russia's "history and culture" and enshrine marriage as a "union of man and woman", as well as upholding "traditional family values" and the right of parents to raise children "in line with their religious and philosophical convictions".
Meanwhile, Russia's Human Rights Commissioner said the divine invocation would be "addressed to all religious denominations" and would not encroach on atheist rights.
"Perhaps, the appeal to faith and moral foundations merits attention, especially since there is only one God," Tatyana Moskalkova told journalists in Moscow. "Today's society is demanding a strengthening of our moral foundations, while everything associated with the concepts of justice and good and evil has a special value for modern times."
Russia's Orthodox patriarch, Kirill I, called in January for a reference to God to be included in the draft constitutional changes, which are widely expected to enable Putin's leadership to be extended after his current presidential term ends in 2024.
Addressing the country's Inter-Religious Council last week, the patriarch said acknowledging the value of faith in God would solidify the "historical and spiritual continuity of the country's peoples", as well as offering tribute  to millions of Russians persecuted for their religious beliefs under Soviet rule. He added the move should be "comprehensible even to people far from religion", and said references to God were already included in the constitutions of many Christian and Muslim countries, without in any way jeopardising "the principle of secularity where it is fundamental".
The initiative was backed in a communique by Muslim, Jewish, Armenian Apostolic and Pentecostalist leaders on the Council, as well as by Russia's Italian-born Catholic archbishop, Paolo Pezzi.
Back to articles
Back to articles