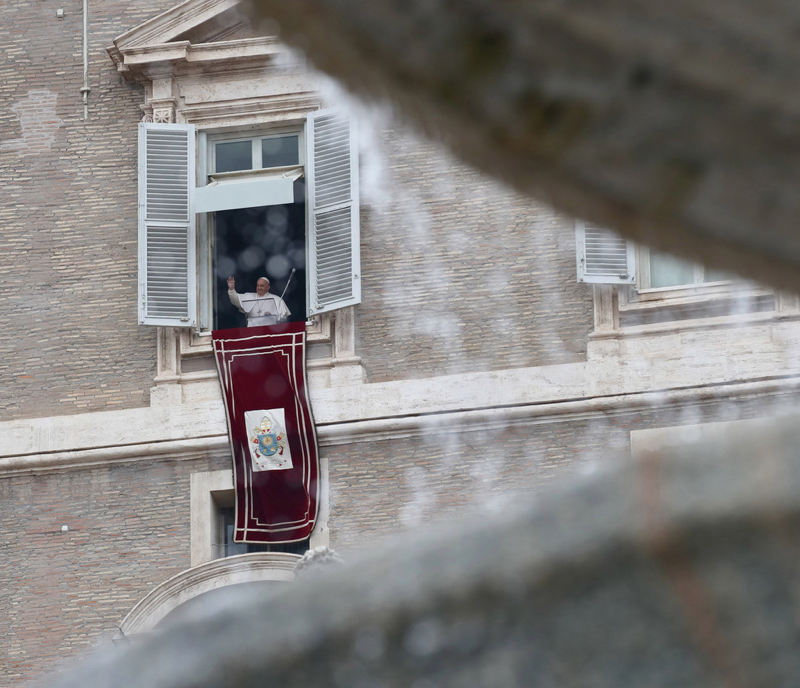 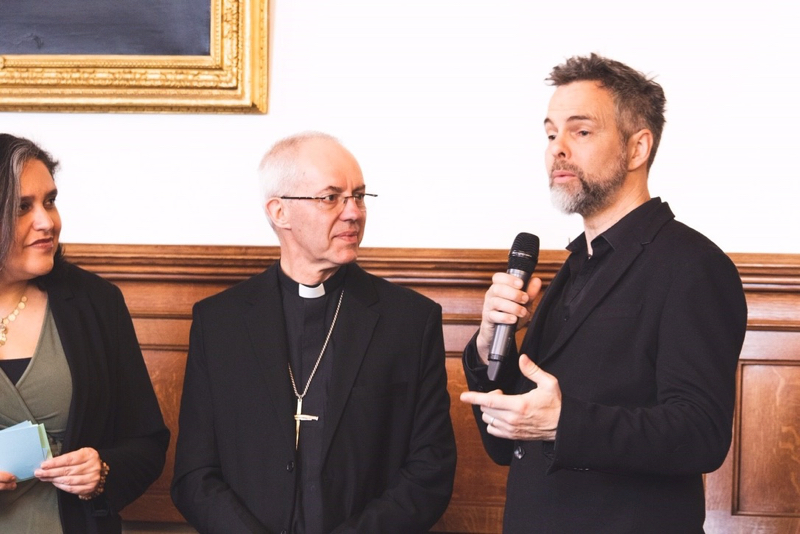 Archbishop of Canterbury Justin Welby at the launch of Thy Kingdom Come, with Teresa Carvalho and Pete Greig.
Lambeth Palace

Many thousands of Christians worldwide are expected to join in praying for friends, family, neighbours and colleagues to come to faith in Jesus in Thy Kingdom Come 2020  in the run-up to Pentecost.

Guests at the launch at Lambeth Palace in London heard that the "TKC" prayer movement that began in 2016 has now engaged more than a million people across 65 denominations in 172 countries.

The Catholic bishops of England and Wales have been involved since the first year, and resources this year include a Catholic edition of "Evening Prayer of the Church", with an intention for each day from Ascension to Pentecost, which notes that for more than a century it has been a tradition in the Catholic Church to pray for a "fresh outpouring of the Holy Spirit" during this time.

The booklet states that those taking part are following the examples of the disciples, who prayed continuously between Ascension and Pentecost: "By joining this initiative, we are therefor renewing our desire for the Kingdom of God to be made real in the lives of those we know and love through the power of the Holy Spirit."

There is also a pocket Novena booklet with nine days of prayer and images by artist Mark Cazalet, with accompanying texts, praying for removal, like "outdoor clothes", of negative behaviours such as pretence, show and arrogance.

The bishops' conference, working with Thy Kingdom Come, has in addition produced "Journey with Mary", a guide to praying with Mary "for a fresh outpouring of the Holy Spirit". This includes intentions for those who are isolated and alone, those in need of mercy, and those becoming interested in the Christian faith.

Teresa Carvalho, home mission development officer for the department for evangelisation and discipleship of the Catholic Bishops Conference of England and Wales, took questions from viewers around the world, watching the launch via Facebook live. She told The Tablet: "The journey of prayer from the Ascension to Pentecost is real gift, perhaps even the ‘straw’ of evangelisation. From the moment that Jesus gives us his disciples, the Great Commission to ‘Go, make disciples…’ to the solemnity of Pentecost, when the Holy Spirit comes down and 3,000 are converted, the only thing we know is that Christ’s disciples prayed with Mary. This year, as Catholics in England prepare to make their dedication to Jesus through Our Lady, what better  ‘follow up’ could there be than to pray for those we know and love that they ‘Taste and see that the Lord is good’ with an expectant faith?

"For those who pray daily, they need simply hold the five people they have in mind in their prayer, inviting the Holy Spirit to spark their faith with a new or deepened encounter with Christ. However, not all of us experience daily prayer, so there are several resources to help with this prayerful pilgrimage. The element of particular beauty within this wave of prayer that looks forward, is its abiding hope that the Kingdom of God become a reality on earth."

Bishop Nicholas Hudson, of the Westminster diocese, who opened the launch event with a reflection on John 20, said: “Even before we launch Thy Kingdom Come,  I’d like to suggest we can be praying, from this 'Upper Room', for all the people going about their daily lives around us, across London, across the nation, across the nations and the other side of the world, whether waking or sleeping, that the Holy Spirit speaks to their hearts of the loving sacrifice that Jesus worked for them in Jerusalem two thousand years ago. Begin to pray now that in the days between Ascension and Pentecost their hearts be open to the influx of the Spirit as Christians of so many denominations call him down into the heart of every man, woman and child.” 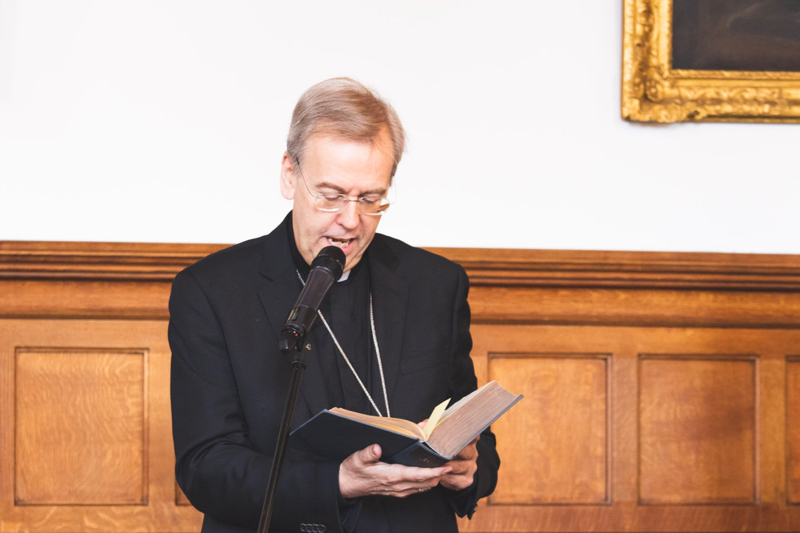 Bishop Nicholas Hudson at the launch of Thy Kingdom Come (pic: Lambeth Palace).

He said he had been to the Upper Room, or at least to the Medieval chamber built on what is held to be the site of the Upper Room.

"I sought, in my very inadequate way, to unite myself to all that had happened in that place: to Jesus's giving of himself, giving of his very body and blood there, the night before he died; to all that happened there afterwards; to the disciples gathered there with Mary in the days after his death, the doors closed, for fear of the Jews; to his coming among them to say, 'Peace be with you'; to Thomas's doubting and then touching his wounds; to Jesus's breathing upon them the gift of the Spirit; his telling them, 'Receive the Holy Spirit. For those whose sins you forgive, they are forgiven.' Ah, the Spirit; first bestowed in that place; and whose power has coursed along the veins of Christ's body the Church down through twenty centuries to today."

He added that Thy Kingdom Come is not just a passive process, that is only about praying. "So we're being called not just to pray but to pray for the grace to tell others that Jesus died for them; and to show them his wounds by touching their wounds. Touching their wounds? Well, yes, and here's the mysterious part because, as Pope Francis tells, it's when we touch the wounded flesh of others that we touch the wounded Body of Christ. Put your hand into their side and you're putting your hand into Christ's."

The Archbishop of Canterbury Justin Welby said: "Catholic participation is just one of the most beautiful and exciting things for me, as is Orthodox participation. There is a depth of history there that just moves me so deeply." Referring to the video he recorded with Pope Francis for last year's Thy Kingdom Come, the Archbishop said: "I know he is supportive of this."

He added: “What excites me is that as we come together and pray for people to be filled with the Spirit, so they come to know and love Jesus Christ, to repent of their sins and turn away from all that is wrong and to find the love of Christ filling their hearts, we are in fact praying for the changing of our world.”

Pete Greig, founder of 24/7 Prayer, said: "I would say to my fellow pastors, vicars and priests, in the busyness of all that we do, let this be the priority. Let us get behind this and let us have grace for one another in this because I believe Jesus is calling us to pray. This has the marks of the Holy Spirit upon it.”

He said Thy Kingdom Come was a bringing together the Archbishop’s three main priorities: the renewal of prayer and religious life, evangelism and witness and reconciliation.