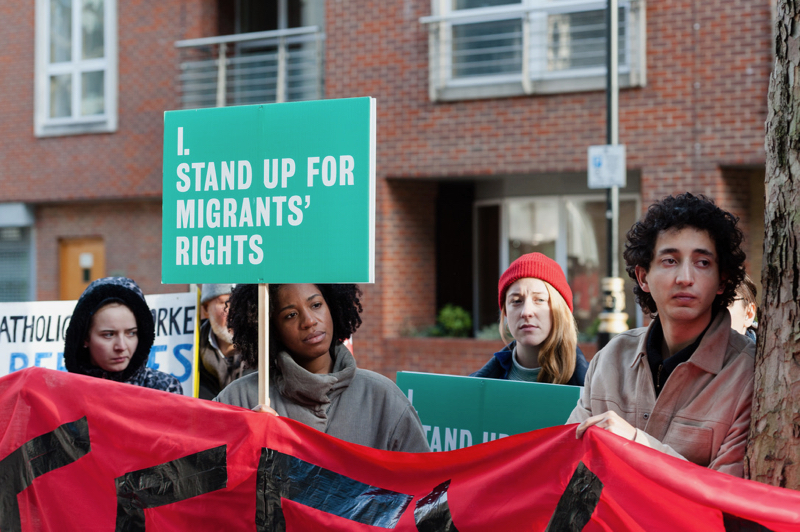 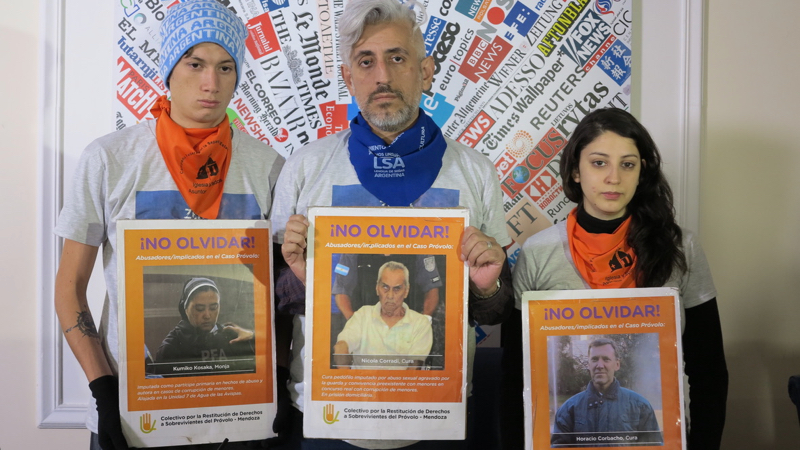 Three former students at a school for the deaf in Argentina traveled to Rome to demand Pope Francis and Vatican officials release records on priests who abused them and other students.

Speaking to journalists at a news conference in Rome, Daniel Sgardelis, who was abused at the Provolo Institute for the Deaf in La Plata, Argentina, said he wants an international law that would force "the Vatican to stop covering up, to definitively change the situation".

"We need this to change. Enough!" Sgardelis said through an interpreter. "It's been a long time – 50 years – and it's still the same. We are victims and there is still a long way for this to change. We need for them to give us evidence."

Sgardelis was accompanied by Ezequiel Villalonga and Claudia Labeguerie, two survivors of the institute's sister school in Mendoza. Their interpreter, Erica Labeguerie, is Claudia's sister.

The survivors were in Rome after a recent visit to U.N. headquarters in Geneva, where they informed the U.N. Committee Against Torture about their sufferings at the schools.

They also told the UN committee that although Pope Francis and the Vatican had been informed of abuses that occurred at the institute's schools in Italy and Argentina, no concrete action has been taken to release the names of abusers.

"I went to the United Nations to denounce the abuses and tortures I suffered, and I need the pope to end this," Villalonga said. "And I also need him to give the evidence and the photos (of the abusers), because in Argentina we have not received justice."

Lucas Lecour, an attorney for the survivors, told Catholic News Service Feb. 20 that members of the U.N. committee assured him they would investigate and would respond "very soon".

"I have understood that there will be good resolutions against the Holy See, above all, calling for an end to covering up and an adequate reparation for the victims," Lecour told CNS.

The first Institute for the Deaf was founded in Verona, Italy, in 1830 by Venerable Antonio Provolo, a priest who developed a method of teaching deaf people to communicate by mimicking words through lip reading and vibrations of the throat and chest.

The female congregation arrived in Argentina and established the first institute in La Plata in 1924. Several decades later, in 1995, another institute was established by Italian Father Nicola Corradi in the western province of Mendoza.

Although Father Corradi is now imprisoned for the abuses at the school in Mendoza, allegations against the priest date back to 1970, when he taught at the Provolo Institute in Verona.

Despite the allegations, the Society of Mary transferred him to teach at their school in La Plata, Argentina, along with several other priests accused of abuse in Verona.

While the visual and vibrational method pioneered by Venerable Provolo was meant to help deaf people talk, survivors said it was used instead to silence victims at the institute's schools in Verona and Argentina.

Students were prohibited and even physically abused if they attempted to use sign language, which left many unable to communicate the sexual abuse they encountered to their families or authorities.

According to The Washington Post, survivors said there was only one hand gesture they were taught by the abusive priests at the institute: an index finger to the lips to demand their silence.

Sergio Salinas, another attorney for the survivors, explained to journalists in Rome that the method taught by the schools was based on the belief that "deaf people are abnormal, while those who could hear are normal."

Many survivors, he said, learned sign language after leaving the school. However, it is still challenging to learn to communicate and thus difficult to describe the abuse or identify their abusers.

"We suffered a lot, we weren't allowed to speak in sign language, we felt that we weren't listened to," Labeguerie told journalists. "But now we are survivors and we have learned and we know our rights. And that is why we went to the United Nations. We need this to stop."

All three were accused by 10 former students of 25 acts of aggravated sexual abuse that occurred between 2004-2016, the Buenos Aires Times reported in November.

Several school staff members working at the school, including Japanese Sister Kosaka Kumiko, also were arrested for sexual abuse or for covering up the abuse that occurred in the school.