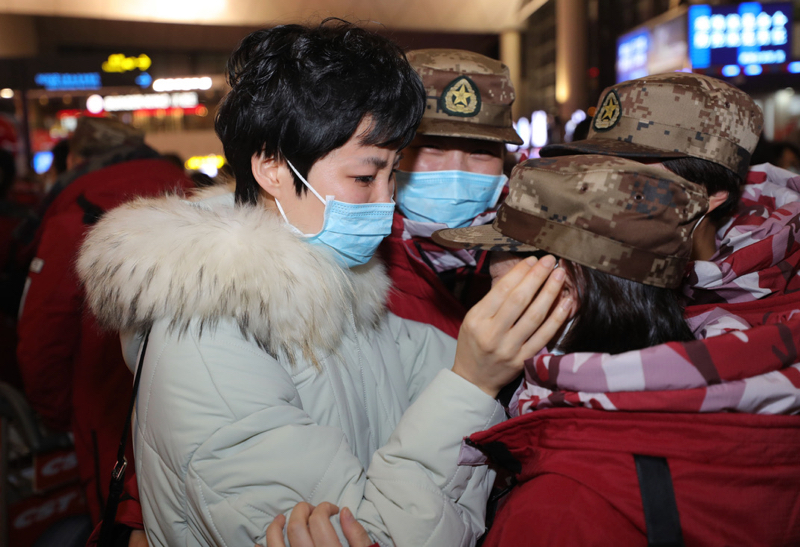 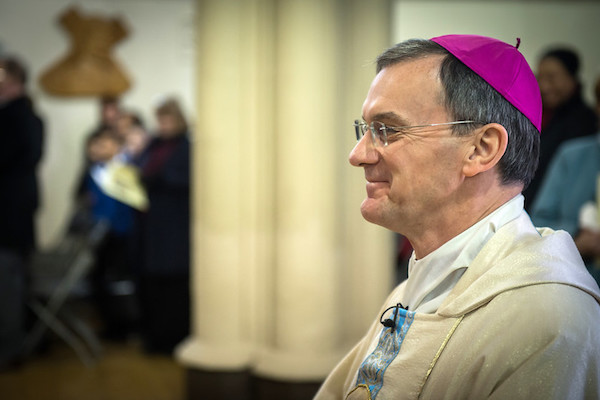 The Bishop of Salford, John Arnold, said today that Pope Francis’ exhortation on the Amazon Synod left open questions around the ordination of married men and women’s leadership, and challenged the global community to take responsibility for the impact of climate change in the region.

Speaking at a press conference in London today on the Post-Synodal Apostolic Exhortation, Querida Amazonia (Beloved Amazonia), Bishop Arnold said that the Synod documents themselves showed that issues around priestly celibacy and the female diaconate were not priorities for bishops in the region.

The Chair of Trustees for the Church’s international aid agency, Cafod, who is also the lead bishop on the environment, emphasised instead the exhortation’s urgent messages on the environment and social justice.

“I don't think that the Pope is shying away [from ecclesial questions] but he's endorsing those major parts of the Synod that he felt were most pressing,” Bishop Arnold said. “I think there are any number of questions left open for further discussion, according to the changing needs of the Church in a region.”

Asked if he thought that the absence of new guidelines about priestly celibacy and women deacons meant the Pope had “closed the door” on the debate, Bishop Arnold said: “I think we've always got to see the Church as open to discussion and open to development because the Gospel, which is our foundation, is applied in different ways in different times for different reasons. We've seen through two millennia how the Gospel changes in its emphasis according to the people who are aspiring to faith.”

Bishop Arnold noted in particular that the Pope had encouraged the Church to consider afresh the possible leadership roles that women could have in the Church.

“There's a great deal both from the final document and and the exhortation about women’s role in leadership that's recognised what's already there. I’m particularly impressed by the role of women in many communities - and no need to clericalise everything, but to recognise and enhance what is good, and to be open to a development of what is required.”

He welcomed the Pope’s call for justice - both social and ecological - and said that the global community must take responsibility for the plunder and exploitation of the Amazon’s resources and its peoples.

“The indigenous peoples of the Amazon are amongst the poorest in the world, they've been exploited and there's indeed questions of persecution, they've been denied - in some cases - human rights, and they are subject to all sorts of difficulties because governments have imposed laws which have trampled on their rights.

“The Pope is anxious that there be that cultural development that allows people to benefit from all that our generation has to offer, that their rights are to be protected, and they are to be encouraged to be all that God wants them to be rather than to be subjected in some cases to human trafficking and the poverty of being driven to the cities against their will,” he said.

The Bishop, who has backed a number of ecological initiatives in his own diocese, said the global community has a “common responsibility” for the consequences of climate change in the Amazon region.

“The environmental questions are enormous because what they've been doing in the Amazon is not sustainable,” he said. “The use of fossil fuels and the mining cannot be sustained and is doing dreadful damage. We've got to be aware of our role in that: that so many of the products of the Amazon are consumed by us, and are not even for the benefit of the people of that region.”

He welcomed the Church of England’s decision at General Synod today to bring forward the date by which it aspires to become carbon neutral to 2030.

Asked if he hoped the Catholic Church might follow its example, he said: “I would love to see us with realistic targets. What I can say is that is 2,800 Catholic churches have already pledged to use green energy. The dioceses of Lancaster and Middlesborough have made firm statements, and several other dioceses, including my own, are working towards it. I think targets are a very good thing and they also speak quite loudly to people. I think that the Church of England has been very good and very ambitious and I am delighted to hear the news.”

He hoped that progress around environmental issues might also be made in the Amazon region itself. Brazilian President Jair Bolsonaro, who was a vocal critic of the Amazon Synod and in particular its emphasis on environmental justice, “does not see that the wrecking of the Amazon is going on and is not prepared to accept that,” Bishop Arnold said.

Education and discussion, not direct pressure, could lead to vital changes in the region, he hoped.

“If five or six of those [Amazon] nations are seriously understanding what the Pope is saying - that must have an impact, surely,” he said.

“It's to be hoped that what seems to be very real evidence of the destruction of the environment is being understood much more, now, by many more people. Hopefully there's a tipping point in there somewhere.”