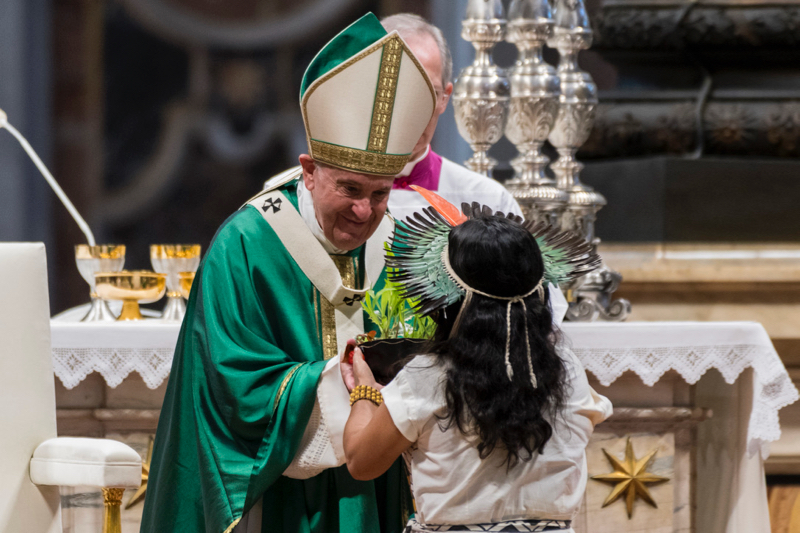 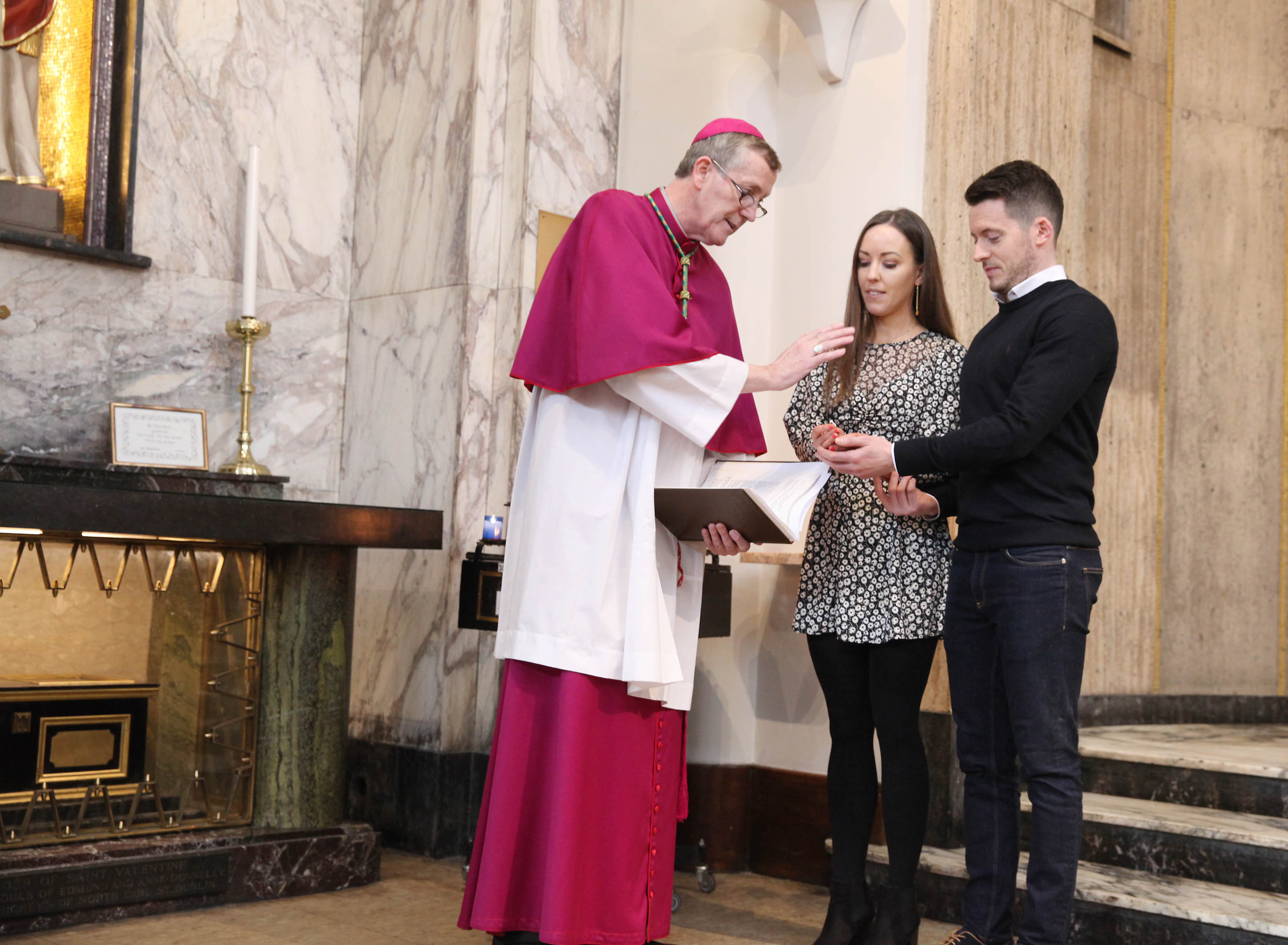 The ceremony, live-streamed on Facebook at 12.30 yesterday, from the Church of Our Lady of Mount Carmel, also served as the launch of the 2019 figures for Accord Catholic Marriage Care Service CLG, which Bishop Nulty presides over.

Nearly 15,000 people attended Accord Sacramental Marriage preparation courses, and 24,006 sessions of marriage and relationship counselling were provided for both individuals and couples, with both figures a decline from previous years.

The betrothed couple, Michelle Connolly and Jonathan Hanley, from Dublin and County Roscommon respectively, met in 2012 during their studies for a Postgraduate Certificate of Education at Saint Mary’s University in London. They returned to Ireland in 2014, where both now work as primary school teachers in Dublin.

In his speech at the blessing, Bishop Nulty stressed the continued relevance of St Valentine’s relics, describing the life and death of the martyr: “It speaks to us of love and the importance of love in a society that can be very cruel and callous.” According to church tradition St Valentine died during the reign of Claudius II, put to death for his Christian ministry. That ministry involved, according to Bishop Nulty, presenting the Church’s vision of marriage to a society that, for cultural and militaristic reasons, was hostile to it. In retelling the story of St Valentine, Bishop Nulty drew together the cult of the Saint, the local tradition of couples visiting Saint Valentine’s relic, and the contemporary position of the Church in a country where Catholic marriages, once the norm, are fast becoming a minority.

The number of Catholic weddings has been dropping steadily in Ireland for decades, with next year due to be the first on record where non-religious weddings outnumber Catholic ones. Under 4 per cent of marriages were non-religious in 1990, whilst over 93 per cent were Catholic. By 2018, the number of couples choosing a non-religious ceremony had climbed to 39 per cent, with only 48 per cent choosing to enter into a Catholic marriage.