Cardinal calls on Christians to protest against anti-Semitism

Barbarin regrets damage to his reputation 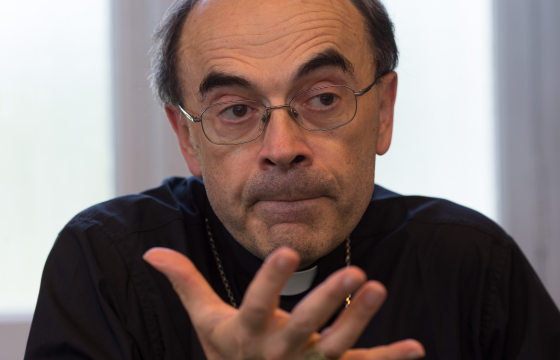 In his first interview after his acquittal, Cardinal Philippe Barbarin admitted he mishandled France’s biggest sexual abuse scandal and regretted that the affair had stained his reputation.

"This affair will remain linked to my name and will hang around my neck forever," the Lyon archbishop, who on 30 January won an appeal against his conviction for not denouncing a serial abusive priest, told the weekly Le Point.

"I will remain the man," he said with a sigh, "who did not denounce these odious acts. But the court has just said it wasn't up to me to do this."

Barbarin said he mistakenly thought the three Lyon archbishops prior to his 2002 appointment had already dealt with the case of the now defrocked priest Bernard Preynat, who has admitted to sexually abusing boys from the 1970s until 1991.

The cardinal, who plans to resubmit the resignation that Pope Francis initially declined to accept, was given a six-month suspended sentence last year for not taking action against Preynat until 2015 although he knew of his abuse well before that.

"I've made mistakes in governance, certainly, and I've recognised them ... I lacked courage and determination," he said, adding he should have been tougher on Preynat.

“When I asked Preynat how a priest could do such things, he told me ‘It’s not worth explaining, you wouldn’t understand…’,” Barbarin said. “At that point, I should have demanded, insisted, and I regret not having done that.”

Barbarin wavered during the interview between self-justification and apology, "Most of all, I want to say how much these past four years have changed me," he remarked.

The cardinal, who has been replaced in Lyon by an apostolic administrator, ended the interview speculating about his future.

"I will serve somewhere else, where people ask me, like in a sanctuary to receive pilgrims, by preaching retreats, maybe by giving some courses again in Madagascar, a country I really like,” he said.  “I await the pope's decision."