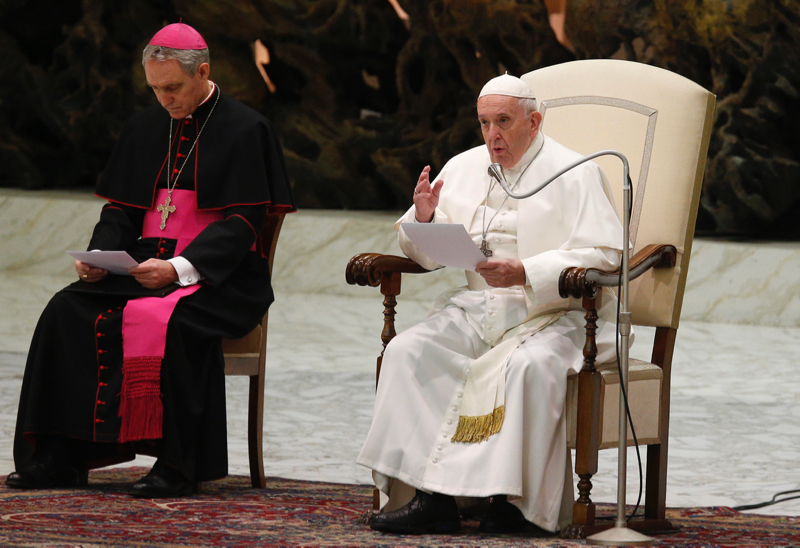 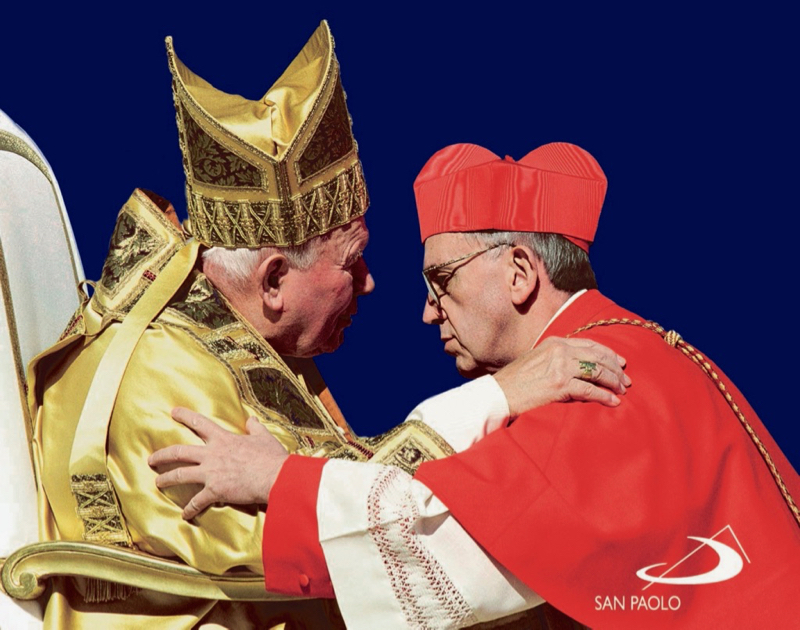 St John Paul II taught the world that truly great faith and holiness dwell in "the normality of a person who lives in profound communion with Christ", Pope Francis says in a new book.

Precisely because he allowed people to see he was a human being, whether skiing or praying, hiking or suffering, "every gesture of his, every word, every choice he made always had a much deeper value and left a mark," Pope Francis told Father Luigi Maria Epicoco, author of the Italian book "San Giovanni Paolo Magno" – or "St John Paul the Great".

The book, published by Edizioni San Paolo and set for release on Feb 11, was written to mark the 100th anniversary of St John Paul's birth May 18, 1920.

Much of the book is biographical information about the late pope, but each chapter includes Pope Francis' response to questions from Father Epicoco about his relationship with the late pope and observations about St John Paul's spirituality, personality, events in his life and his teaching.

The priest said he spoke to Pope Francis about St John Paul several times between June 2019 and January 2020. A theologian and popular retreat leader, Father Epicoco is president of the Fides et Ratio Institute for religious studies in Aquila, Italy.

Pope Francis said there is "total harmony" between his thoughts about the meaning of ministerial priesthood and St John Paul's teaching on priesthood.

Asked if he thought the abolition of mandatory celibacy for most Latin-rite Catholic priests would be a way to address the priest shortage, he responded: "I am convinced that celibacy is a gift, a grace, and following in the footsteps of Paul VI, John Paul II and Benedict XVI, I strongly feel an obligation to think of celibacy as a decisive grace that characterises the Latin Catholic Church. I repeat: It is a grace."

"The question is no longer open for discussion because the pronouncement of John Paul II was definitive," Pope Francis said. However, he said, usually the question betrays a misunderstanding of the role of ministerial priesthood and focuses only on people's function in the church, not their importance.

Like Mary, he said, women are the ones who "teach the church to pass through the night trusting the daylight will come, even when daylight is still far off. Only a woman is able to teach us a love that is hope."

Father Epicoco also noted how often Pope Francis speaks of evil, and he asked Pope Francis where he sees evil at work today.

"One place is 'gender theory,'" the pope said. "Right away I want to clarify that I am not referring to people with a homosexual orientation. The Catechism of the Catholic Church invites us to accompany them and provide pastoral care to these brothers and sisters of ours."

Gender theory, he said, has a "dangerous" cultural aim of erasing all distinctions between men and women, male and female, which would "destroy at its roots" God's most basic plan for human beings: "diversity, distinction. It would make everything homogenous, neutral. It is an attack on difference, on the creativity of God and on men and women."

Pope Francis said he did not want "to discriminate against anyone", but was convinced that human peace and well-being had to be based on the reality that God created people with differences and that accepting – not ignoring – those differences is what brings people together.

Speaking of his relationship with St John Paul II, Pope Francis said he was in the car in Argentina when he heard that then-Cardinal Karol Wojtyla had been elected pope in 1978. "I heard the name Wojtyla and thought, 'an African pope.' Then they told me he was Polish."

"In 2001, when I was made a cardinal, I felt a strong desire when I knelt to receive the cardinal's biretta not only to exchange the sign of peace with him, but to kiss his hand," Pope Francis said. "Some people criticised me for this gesture, but it was spontaneous."

He added: "We cannot forget the suffering of this great pope. His refined and acute sensitivity to mercy certainly was influence by the spirituality of St Faustina Kowalska, who died during his adolescence, but also – perhaps, especially – because of his having witnessed the communist and Nazi persecutions. He suffered so much!"

Pope Francis' homilies and pastoral letters as a bishop in Argentina in the 1990s were full of quotations from St John Paul, Father Epicoco noted. "Yes," Pope Francis said, "I was perceived by many as a conservative. Some saw me that way, but I simply always felt great harmony with what the pope was saying."
"Somewhere I read an article by a man analysing the church today and, speaking about me, he said – and I quote – 'I don't know how this man emerged,'" Pope Francis said. "I wanted to respond, 'I don't either,' because the Holy Spirit always intervenes in certain choices. I think it's right that the Holy Spirit can continue to surprise us."