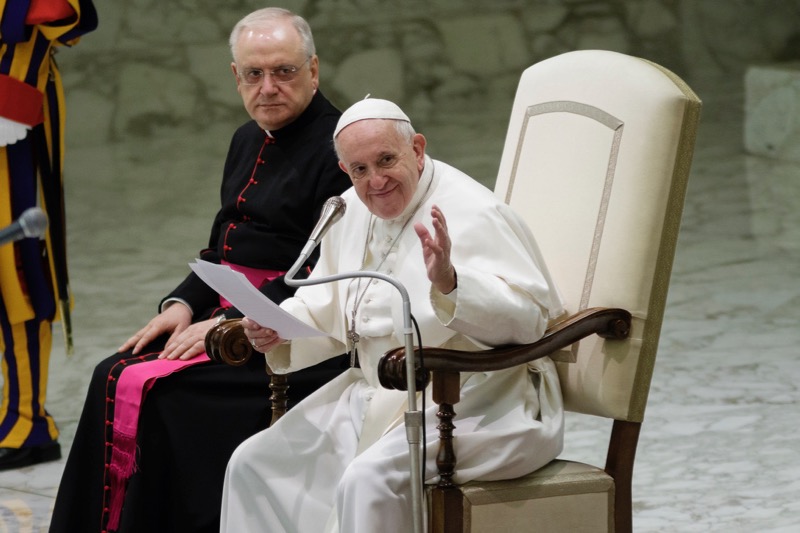 Pope condemns 'fake news' and calls for revival of storytelling

Speaking after the Angelus, Pope Francis said indifference to the Holocaust is 'not admissible'. 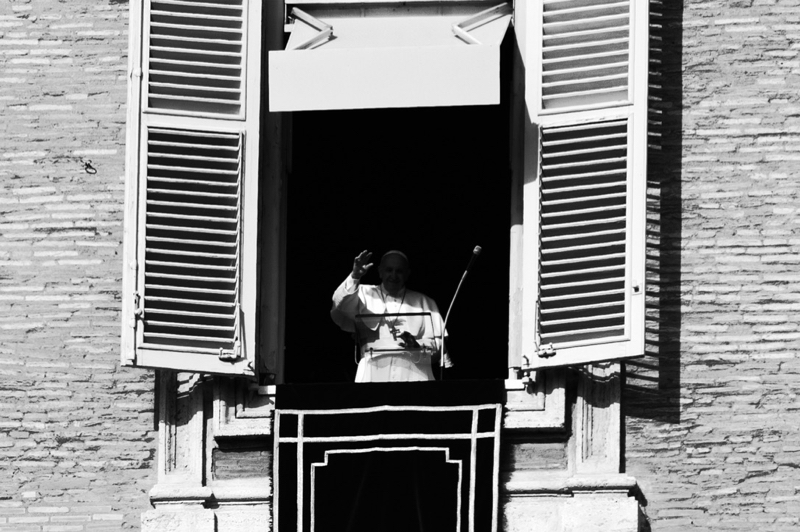 Pope Francis has stated that in the face of the huge tragedy and atrocity of the Holocaust, "indifference is not admissible and memory is a must".

Speaking after the Angelus yesterday in St Peter's Square, Rome, he urged everyone today "to make a moment of prayer and recollection, saying each one in his own heart: never again, never again!"

Catholic bishops across Europe have warned against "new threats and new manifestations of violence" in a statement marking Holocaust Memorial Day today, which this year coincides with the 75th anniversary of the liberation of Auschwitz-Birkenau.

In a statement signed by Archbishop of Westminster Cardinal Vincent Nichols and others, the leaders of the European bishops say: "On this anniversary, we appeal to the modern world for reconciliation and peace, for respect for each nation’s right to exist and to freedom, to independence, to maintain its own culture.

"We cannot allow the truth to be ignored or manipulated for immediate political needs. This appeal is extremely important now, for – despite the dramatic experience of the past – the world in which we live is still exposed to new threats and new manifestations of violence."

The bishops, speaking as the nation marks Holocaust Memorial Day, say that "cruel wars, genocide, persecution, and different forms of fanaticism" are still taking place, even though "history teaches us that violence never leads to peace but, on the contrary, breeds more violence and death."

They continue: "It should be recalled that although after World War II reconciliation between nations seemed humanly impossible, yet, united in the love for Christ, we were able to forgive and ask for forgiveness."

The bishops, leaders of the Commission of the Bishops’ Conferences of the European Union and the Council of European Bishops’ Conferences, continue: "The experiences from the past teach us how important and fruitful it is to build a Europe of reconciled and forgiving nations."

They urged everyone at 3pm, the hour of the liberation of the death camp, to "light candles and say a prayer for people murdered in death camps of all nationalities and religions and for their relatives. Let our prayers broaden the reconciliation and brotherhood, of which the opposite is hostility, destructive conflicts and fuelled misunderstandings. May the power of Christ’s love prevail in us."

Archbishop emeritus of Southwark, Kevin McDonald, who chairs the bishops' committee for Jewish-Catholic relations, described the Holocaust as "one of the most infamous and shameful episodes in European history".

Speaking to The Catholic Universe, he continued: "It is a time to remember all those who died in the Nazi concentration camps and all those who continue to be affected by those terrible events."

He visited Auschwitz last year and said there were no words to describe it, but evil.

Also a great evil, he said, is the rise in anti-Semitic attacks in this country and other parts of the world.

Last week, the Prince of Wales also said that the lessons of the Holocaust remain “searingly relevant". Speaking to the World Holocaust Forum at Yad Vashem on a vist to the Holy Land he said: “Hatred and intolerance still lurk in the human heart. We must be fearless in confronting falsehoods and resolute in resisting words and acts of violence.”