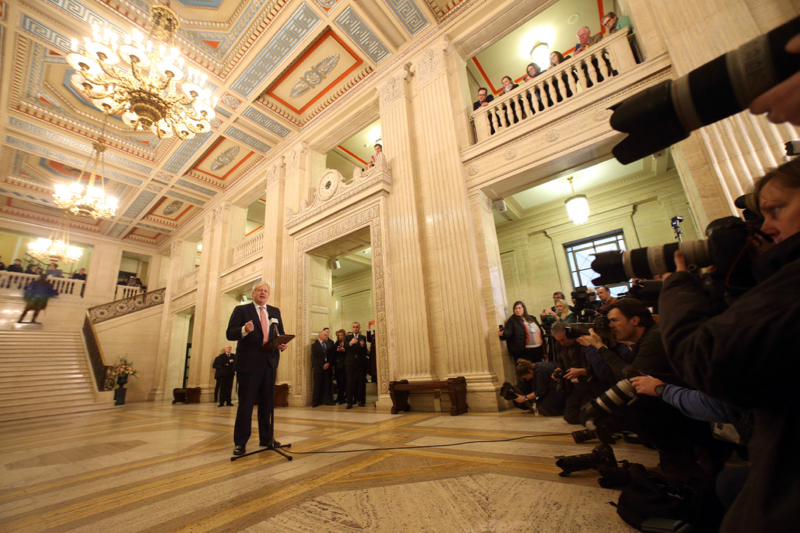 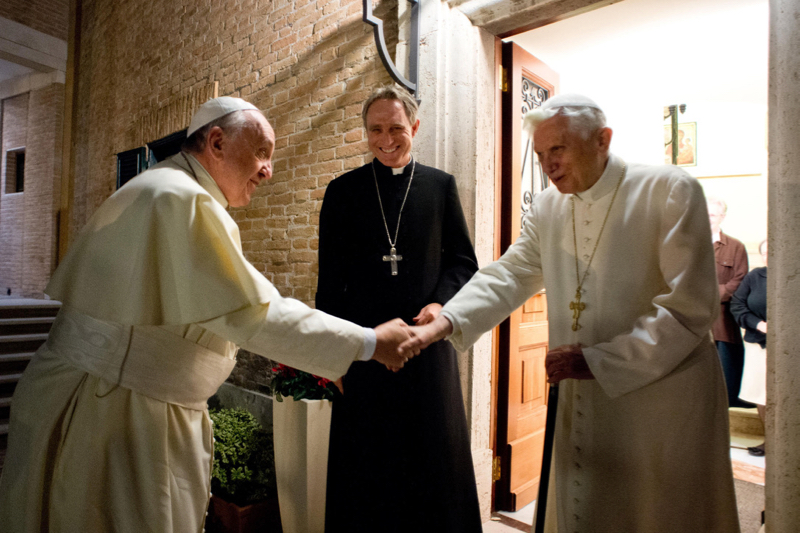 Benedict XVI has been dragged into an attempt to undermine Pope Francis after the retired Pope was incorrectly presented as the co-author of a book defending clerical celibacy.

Archbishop Georg Gänswein, Benedict XVI’s private secretary, has  demanded that the Pope Emeritus’ name is removed from the cover. The Pope Emeritus had not, he said, agreed to co-author the book or sign off on the jointly written introduction and conclusion.

However the publishers Ignatius Press say they continue to regard the book as coauthored and indicated they will not remove Benedict's name from the cover.

The Pope Emeritus was photographed on the front cover and listed as the lead author in a book written by Cardinal Robert Sarah, the Vatican’s liturgy official, which appeals for Francis not to allow the ordination of married men to serve as priests in the Amazon.

During the October synod, a majority of bishops requested that married deacons be ordained priests to serve remote communities currently left without access to the Eucharist for months at a time. The Jesuit Pope, who has repeatedly stressed he does not wish to change the rules on celibacy but may allow for exceptions, is preparing to issue his response to the synod in the near future.

The use of Benedict in the book, to be published in three languages and released in French this week, was read as a strategic attempt to exert pressure on Francis to maintain the status quo. Cardinal Sarah, 74, has increasingly become a figure around which opposition to the Pope is coalescing. Titled "From the Depths of Our Hearts", the book is a joint appeal to keep mandatory clerical celibacy for the Latin-rite Church and included an essay from the 92-year-old Pope Emeritus, drafted before the synod took place. In what is presented as a jointly authored introduction, the pair quote St Augustine saying they can no longer keep silent.

After details of the book emerged, Gänswein asked Cardinal Sarah to ask the publishers to remove the Pope Emeritus' name from the cover.

Rome has been abuzz with speculation about how Benedict was able to author the book given his age and physical frailty which has made it difficult for him to speak or write.

Moving swiftly to counter scepticism about Benedict's involvement, Cardinal Sarah initially released a detailed statement saying the Pope Emeritus agreed on the front cover and its release date along with letters from Benedict claiming to prove collaboration.

Just two hours later, during a day of fast-paced drama in the Vatican, the cardinal issued a follow-up tweet to announce that Benedict's name would be removed as a co-author, and he would be listed as a contributor instead. He stressed, however, that the retired Pope’s essay on clerical celibacy still stands.

Cardinal Sarah’s 175-page book is a no-holds-barred defence of celibacy, an 800-year-old church discipline. Yet it also makes assertions an internationally-respected theologian such as Joseph Ratzinger would normally shy away from.

The cardinal argues there is an “an ontological-sacramental link between priesthood and celibacy”, a claim which contradicts the notion of celibacy as a discipline and appears at odds with the teaching of the Second Vatican Council which states renouncing marriage is “not demanded by the very nature of priesthood”. The liturgy prefect also writes that married clergy are “second class” priests.

For his part, Benedict XVI argues in the book that priesthood and marriage are not compatible, adding that renouncing marriage “to place oneself fully at the disposal of the Lord has become a criterion for priestly ministry”.

As Pope, and Prefect of the Congregation for the Doctrine of the Faith, Benedict defended the norms of celibacy for the western Church. He did, however, see them as a discipline which could be dispensed given that during his pontificate he set up personal ordinariates, special structures where married Anglican priests could move over to Rome while retaining aspects of their Anglican heritage.

The latest book episode exposes, for the first time, divisions between the inner circle around the Pope Emeritus. Access to him is tightly controlled by Archbishop Gänswein who occupies an important gatekeeper role. A recent documentary revealed the difficulty that Benedict has in communicating and the crucial position played by his secretary.

On his retirement as Pope, Benedict pledged loyalty to his successor and to remain “hidden from the world” in a life dedicated to prayer.

Later, Archbishop Gänswein issued a clarification. He said that Benedict XVI had not authorised the joint signature as co-author of Cardinal Sarah’s essay on priestly celibacy.

He said: "I can confirm that this morning, at the indication of the Pope emeritus, I asked Cardinal Robert Sarah to contact the publishers of the book requesting them to remove the name of Benedict XVI as co-author of the book itself, and also to remove his name from the introduction and conclusions.

"The Pope emeritus in fact knew the Cardinal was preparing a book,” Archbishop Gänswein added, “and had sent a short text of his on the priesthood”, authorising the Cardinal to use it as he wished. But the Pope emeritus “had not approved any project for a co-signed book, nor had he seen and authorised the cover. It was a misunderstanding, without questioning the good faith of Cardinal Sarah."

Mark Brumley, president of Ignatius Press, said in a statement this afternoon: “Ignatius Press published the text as we received it from the French publisher Fayard. Fayard is the publisher with whom we have collaborated on three other Cardinal Sarah titles. The text we received indicates the two authors are Benedict XVI and Cardinal Sarah. That text also indicates that Benedict XVI co-authored an introduction and a conclusion with Cardinal Sarah, as well as his own chapter on the priesthood, wherein he describes how his exchanges with Cardinal Sarah gave him the strength to complete what would have gone unfinished.

"Given that, according to Benedict XVI’s correspondence and Cardinal Sarah’s statement, the two men collaborated on this book for several months, that none of the essays have appeared elsewhere, and that a joint work as defined by the Chicago Manual of Style is ‘a work prepared by two or more authors with the intention that their contribution be merged into inseparable or interdependent parts of a unitary whole,’ Ignatius Press considers this a coauthored publication.