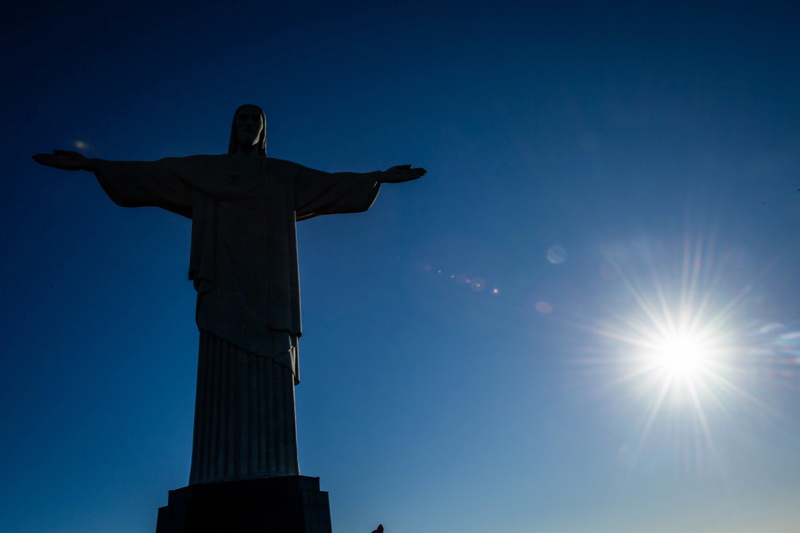 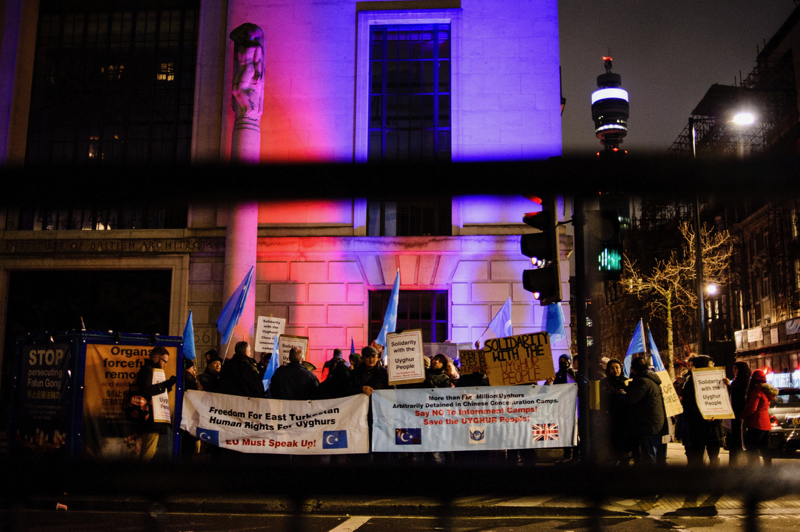 Uighur rights activists stage a protest against China's policy in the region, outside the Chinese Embassy in London on Jan 5.
David Cliff/NurPhoto/PA Images

Archbishop of Westminster Cardinal Vincent Nichols used his New Year message to condemn the “shameful” anti-Semitic graffiti that was daubed across shops, cafes and a synagogue in London at the end of 2019. Its appearance on 29 December in Hampstead and Belsize Park, north London, coincided with the Jewish religious festival of Hanukkah. Cardinal Nichols asked Catholics to include building up the kingdom of God among their New Year resolutions. He proposed that “each of us, every person in our society, will shun all form and expressions of hatred against others”. He said the anti-Semitic graffiti “brings shame to us all” and felt that “only when we see the good in each other will every person feel welcomed and unafraid”.

A parish in the Diocese of Meath, Ireland, has been forced to apologise for a Facebook post that described in vitro fertilisation as incompatible with Catholicism. On Christmas Eve the Parish of the Assumption in Tullamore posted a piece on IVF that said the process “damages embryonic stem cells and thus life and is therefore completely, clearly and totally incompatible with our Catholic faith.” Health Minister Simon Harris, who recently announced €2 million in funding for fertility/IVF treatment, said he could not understand how any Christian would find IVF objectionable. The post has since been removed by Tullamore parish and a statement published acknowledging that it “caused great distress”. “For hurt caused we apologise. Matters concerning fertility are sacred and sensitive, and all children are cherished and God-given, this is the essence of the Christmas message,” the statement said.

Peace groups in Britain have called for restraint in the aftermath of the US airstrike in Baghdad, Iraq, that killed Iranian General Soleimani. “President Trump’s justification for the killing of Suleimani demonstrates his outdated belief in the myth that the next act of violence will ‘fix’ something,” said Theresa Alessandro, Director of Pax Christi UK. “Many are now calling for, and hoping for, restraint,” she told The Tablet. Pax Christi UK would like to see “clear leadership from our government, demonstrating in words and actions an awareness that killing people does not resolve conflict and a commitment to dialogue and creative, nonviolent ways forward in our relationships with other countries."

Theologian and environmentalist Dr Edward P Echlin died on 23 December at the age of 89. A prolific writer and speaker, and champion of the Christian environmental movement in Britain, Echlin was born in Michigan in the United States and was ordained as a Jesuit. When he left the Jesuits, marrying Barbara, his wife of 45 years, he settled in Britain and focused his work on relating Christianity and the environment. He was Chair Emeritus of Catholic Concern for Animals, and provided theological underpinning for Christian Ecology Link, now Green Christian. His funeral is due to take place at 12.30pm on Wednesday 15 January at St Martha’s RC Church in Bexhill.

More than 1,500 people have signed an on-line petition opposing the closure of a Catholic parish in Kent, that was announced to parishioners five days before Christmas. Parishioner Stephanie Boden set up the petition as soon as the community of St Thomas More’s parish in West Malling received a letter from Archbishop John Wilson of Southwark Archdiocese, informing them that their church and the surrounding buildings are going to be put up for sale in Spring 2020. She described the church as “the hub of a thriving local Catholic community”. Parish Priest Fr Peter Soper, in the parish for two decades, described the news as “a devastating blow”. Bishop Wilson said that structural problems with other buildings on the site would be too costly to repair.

Million Minutes, a Catholic youth charity, is recruiting its first paid chief executive. Until now the role, held by founder Danny Curtin for nine years, has been voluntary, but with the paid appointment the charity hopes to expand and develop in order to grow the work it does with young people.